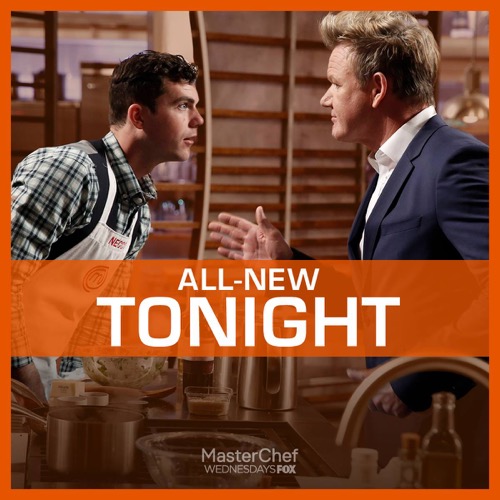 Tonight on FOX Masterchef returns with an all new Wednesday, July 26, Season 8 episode 8 called, “Whole-y Cow!,”  and we’ve got your MasterChef recap down below! On tonight’s MasterChef Season 8 episode 8 as per the FOX synopsis, “The Top 15 participate in a mystery-box challenge in which they randomly select a different body part of a cow and use it as the main ingredient of a dish. Those who didn’t impress the judges face off in an elimination challenge.”

The top 15 homecooks are greeted by Chef Gordon Ramsay, Chef Christina Tosi and Chef Aaron Sanchez who welcome them back to the MasterChef kitchen. They announce there is a very special guest arriving; many of the cooks are thinking it is one of the top chefs in the world but Chef Ramsay returns with Daisy, the cow!

Everyone cheers and claps as he tells them ranchers grow over 24 billion pounds of beef a year, not to mention the 9 million dairy cows like Daisy. Chef Ramsay also explains the different cuts of meat from a cow including the testicles. Chef Christina announces its time for their next Mystery Box challenge, on the long table in front of them she explains that each box has 1 ingredient that comes from a cow; whatever box they chose will be the star of their dish.

After they have returned to their stations with their randomly chosen boxes, one remains at the front; they will learn about that one later. Whomever, creates the best dish from their Mystery Box will win the biggest advantage of the competition thusfar. They are given 60 minutes to create an incredible dish using whatever they have in front of them plus the staple pantry box and access to the pantry.

Christina wants to know if the 15 cooks can rise to the occasion. Gordon admits he would want to work with the filet and Aaron says he would prefer to cook with the beef testicles, as they are a delicacy.

Chef Ramsay goes to Newton’s station who is making a Porterhouse Steak. He reminds Newton he needs to bounce back and Newton admits if he ruins this challenge he needs to change clothes and move away from Texas; Ramsay agrees wishing him good luck. Brien is cooking the chuck roast, making a cauliflower puree and salad to go with it. Christina asks if this dish will be big enough to impress them.

Eboni chose the testicles, telling Chef Ramsay she learned how to make the testicles from her husband’s grandmother. He wishes her good luck. Jeff is making a steak as well admitting he loves to entertain back home and is sure he can duplicate the dish here.

Back at the front of the kitchen, the chefs talk about the amazing smelling food being cooked. With 60 seconds remaining Chef Ramsay reminds them there is a huge game changing opportunity in front of them. The chefs have watched and tasted what everyone was doing and there are 3 dishes they want to take a closer look at.

Newton is called up first; he made a herb crusted porterhouse with red onion-chipotle marmalade braised greens and mashed potatoes. The steak is delicious and spot on and Ramsay says the only problem he has with this dish is the 14 people behind him who can’t taste it. He welcomes him back; Christina tastes his dish and says its a smart dish and says she would change the presentation a little bit.

The second home cook called up is Jeff. His dish is espresso rubbed skirt steak with sweet potato-pepper quartet, salsa verde and street corn. Chef Aaron loves the composition of the dish, saying it was very inviting. The steak is a beautiful medium-rare and tastes fantastic, the corn is a little underdone but the seasoning is accurate and the staeak is dynamite. Chef Ramsay says it is cutted beautifully and nailed the steak saying its one of the best things he’s cooked.

Chef Christina asks Brien to bring up his dish as one of the top 3. He made braised chuck roast with read wine glaze, cauliflower puree and frisee salad. Its tender and flavorful, juicy in the middle and thinks he was smart to add the cauliflower puree. She is impressed with the dish. Chef Aaron loves the color of the roast and glaze, he thinks the presentation was a bit clunky but he tenderized the beef perfectly.

The winner of the Mystery Box challenge is Newton.

Newton joins the Chefs up front and all the home cooks are asked to join them. Newton learns he is safe and doesn’t need to compete in the elimination challenge; but some of the 14 cooks will also be spared from the challenge and its up to Newton to split the cooks into two groups; the 7 strongest and the 7 weakest.

The weakest he choose are Jenny (lack of self-confidence), Caitlin (inexperience), Dino, Reba, Adam, Daniel and Brien (missing finesse). The strongest are Cate, Jeff, Necco, Eboni, Jason, Yachecia and Gabriel. Newton now has to decide if he is going to save the 7 weakest or the 7 strongest from tonight’s grueling elimination. He chooses the strongest team to duke it out and the weakest cooks join him on the balcony.

The elimination challenge is about the last box that wasn’t chosen earlier, they will all have to cook with Hanger Steak. They have 60 minutes to make an incredible Hanger Steak dish. They race to create their dishes as Chef Ramsay reminded them the steak is very finicky to work with, it could be entirely amazing or become rubbery. Newton says he is okay with one of the strongest competitors going home tonight.

Jason made a Chinese 5-Spice rub Hanger Steak with king trumpet mushrooms, broccolini and French fries. Chef Ramsay worries that the shorter the meat was cooked the tougher it could be. He cuts the steak and it is definitely on the rare side; Jason learns he is lucky, the steak was under cooked but it is tender because he had the sense to marinate it.

Chef Aaron tastes Jeff’s Hanger Steak with white cheddar mashed potatoes and Brussel sprouts. The dish looks sloppy and from a buffet, he says this is the perfect example of a dish that doesn’t look good but tastes fantastic. He says that its dynamite

Eboni made the lemon-crusted Hanger steak with mashed potatoes, roasted mushrooms and sweet potato. Chef Christina says it looks a little elementary and Eboni says she is 9/10 confident the steak is rare; when Christina cuts it, it is cooked perfectly and very juicy in the middle. The potatoes are dry and she says the meat is perfect but the rest isn’t.

Gabriel made a Hanger steak with caramelized carrots and crispy potatoes. Chef Ramsay says the dish looks plain but he worries about the meat; he cuts it and says it is minutes away from being put back in the field. Its so under cooked even the seasoning hasn’t had a chance to disintegrate and work its magic; he is embarrassed serving it. What pains Chef Ramsay is he has so much talent leave through the doors because of mistakes like that.

Cate made a Hanger steak with Romesco sauce, grilled asparagus and stuffed shishito peppers. She says this is her on a plate. Chef Aaron cuts the steak and says its a thing of beauty. He is impressed saying its dynamite and based on this dish she is well beyond many of the people in this room.

Chef Christina approaches Necco’s dish and puts her hands up to her head telling him she is very confused and doesn’t understand what is going on saying it looks like a sausage patty with hashbrowns made for a little doll house. He feels his presentation is hands down the best. He made a Hanger Steak with morels, stuffed tomato and potato cake. Chef Ramsay shakes his head but Christina cuts open the steak and finds its under cooked. She tells him he didn’t nail anything on the plate and the presentation was disappointing.

Yachecia made an herb-marinated Hanger Steak with mushrooms, polenta cakes and roasted asparagus. Visually it has the wow factor and when Chef Ramsay cuts open the steak she nailed the cook. He says OMG, cooking everything to perfection and everything tastes quite nice feeling Newton missed on this one big time!

Chef Christina says Newton was definitely right about two of the home cooks being the strongest cooks in the kitchen – Cate and Yachecia who are both safe and sent to the balcony. Jeff and Eboni did just enough to prove Newton was right and head upstairs. Jason, Gabriel and Neeco unsuccessfully cooked the protein they were given and ultimately it comes down to who learned from their mistake the most. The person leaving MasterChef kitchen is Necco.