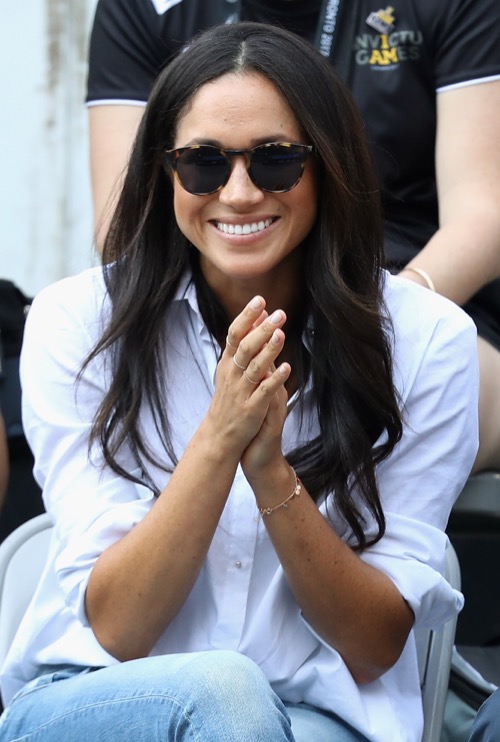 Meghan Markle is shunning her sexy image for a more conservative look as she prepares to transform into a British royal princess. In fact, many royal observers couldn’t help but notice that the Hollywood actress has been covering up more as she’s adapted a new look and style that fans haven’t seen from her before.

Prince Harry and Meghan Markle have made it pretty clear over the last few weeks that they are seriously planning their future together. They’ve even made their grand debut as a couple at the Invictus Games in Toronto last month. Meghan did what she never did before, and that’s appear next to her royal boyfriend in public. And because Meghan is officially his girlfriend now, she knows that she needs to make a few major lifestyle changes.

She’s no longer wearing above-the-knee shorts and mini dresses or taking fashion risks on the red carpet. In other words, she’s toned down her look, according to Queen Elizabeth’s royal fashion rulebook. Her Majesty has a “no knees” policy and apparently, Meghan has applied it in her everyday wardrobe. In other words, she’s ditched all of her shorts and skirts from her closet.

At this point, there’s nothing that’s going to stop Meghan Markle from becoming Prince Harry’s future wife. She’s crossing everything on her list to become the British royal family’s biggest star. Plus, she’s absolutely in love with Harry and is willing to do whatever it takes to become a royal princess, even if that means she has to quit her Hollywood career and adapt a more conservative public image. 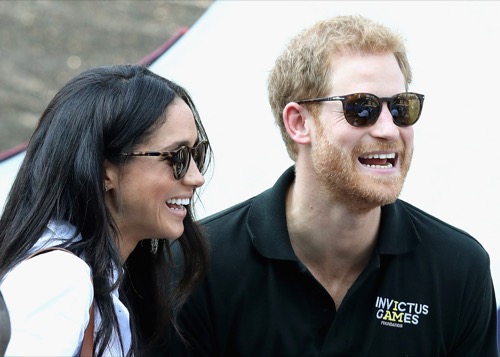 Even with longer hemlines, Meghan knows that she’s going to be a huge international star no matter what. In fact, there’s a good chance that Prince Harry and Meghan Markle might surpass Prince William and Kate Middleton in the popularity polls. That’s because they are more passionate about their charity work and more eager to make a difference in this world. In other words, Harry and Meghan are the real deal. Meghan will be able to accomplish things that Kate can only dream of.

So far Prince Harry hasn’t made any comments about his engagement plans although royal observers know that it’s going to happen sooner rather than later. Harry is just waiting for the perfect moment to make it happen.