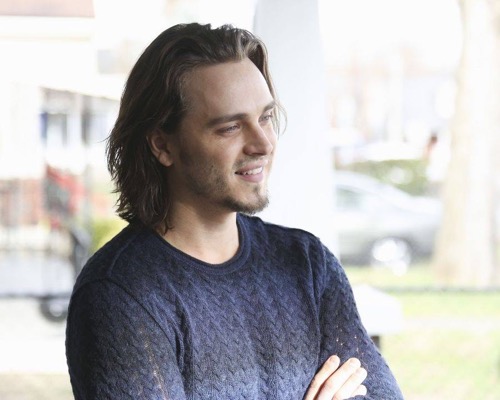 Tonight on CMT Nashville starring Hayden Panettiere returns with an all new Thursday, June 1, 2017, season 5 episode 12 called, “Back in the Saddle Again.” and we have your weekly Nashville recap below for you. On tonight’s Nashville episode, as per the CMT synopsis, “Deacon tries to help Daphne pass her history class, but Daphne isn’t motivated. Meanwhile, Juliette gives Maddie unsolicited advice about a song; and Scarlett and Gunnar return from their tour.”

Deacon talks to Daphne about her failing grades in school. She isn’t doing well and before her school career suffers anymore she needs to get back on track. She has a report due. Deacon asks her how far along she is on the project when she tells him she hasn’t even started.

Meanwhile, Scarlett and Gunnar are on stage, performing on their tour. After the show, Scarlett meets a die-hard fan who gets bullied at school. Her and Gunnar head to their dressing room. Scarlett can’t eat. Her stomach is doing flips. She should hear from her doctor soon.

Juliette is sitting with her agent, upset over what the critics are saying about her latest album. Even her fans don’t like it. Juliette pays a visit to Maddie in the studio where she is singing. Juliette tells her that her latest song is still just a draft and not a single yet. They need to make more changes.

Deacon and Daphne are working on her project at the kitchen table. She is tired and he is too, but they need to save her grade. She asks him why it all matters – they could all die at any time. He tells her that they need to keep moving on. She goes to bed. Deacon will finish it for her.

Deacon drops Daphne off at school. On her way in, a kid running by knocks her project out of her hand. It is ruined. She leaves school grounds. In the city, she meets a girl on the side of the street who is reading palms. The girl gets into an altercation with a man on the street. They run. Daphne heads into an abandoned building where the girl lives with other homeless children.

Will is trying to find the right clothes to perform live. Meanwhile, Deacon is meeting with Zach about how to increase their profits. Deacon gets a call from the school about Daphne.

Deacon searches the streets for Daphne. Maddie calls Deacon. Daphne is at home. Maddie tells her that she is glad that she is all right. Daphne turns away and goes to her room. Deacon arrives. He tells her he was scared. What was she thinking? She doesn’t think what she did was a big deal.

Maddie and Juliette are in the studio. Maddie doesn’t like Juliette’s changes to her song. Juliette continues to give her advice. Maddie wants to make her music her way.

Scarlett and Gunnar are in the car outside the clinic. They open the test. He is not the biological father. He comforts her. Gunnar shares the news with Avery, who gives him some sage advice about facing the music. “Try again, fail better,” he tells him.

Maddie is at Clay’s. He listens to the two songs and chooses Juliette’s version unknowingly. She is disappointed. He tells her to stand behind her work. Choose what she thinks is best.

Deacon and Daphne are eating dinner. Maddie comes home. Daphne is annoyed. She leaves the table. Deacon tells Maddie that Daphne is going through something. They need to be there for her. Deacon gives her advice about choosing the right version of her song. He thinks that there are times you need to compromise.

Deacon meets with Zach. He wants to let Bucky go. Deacon is surprised. Maddie is in the studio trying to figure out what to do. She meets with Juliette and tells her she wants to use her version. Meanwhile, Gunnar runs to Scarlett’s house. He needs her, he wants to try to stay together but he can’t promise her anything.

Deacon and Maddie call Daphne down for Silly Casserole. Daphne looks sad and then angry. She yells “screw you” at Deacon before crying quietly on the couch. He and Maddie sit and talk to her. He tells her that it’s okay not being okay. The three of them hug.