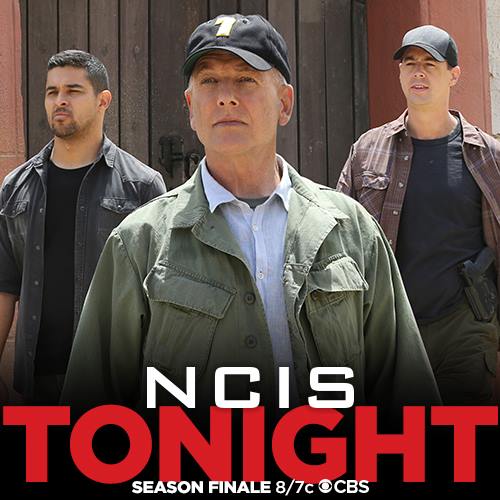 Tonight on CBS NCIS returns with an all new Tuesday, May 16, 2017, season 8 episode 24 Finale called, “Rendezvous” and we have your weekly NCIS recap below. On tonight’s NCIS season 14 finale episode, as per the CBS synopsis, “Season 14 ends with Gibbs, (Mark Harmon) McGee (Sean Murray) and Torres (Wilmer Valderrama) traveling to a remote area in Paraguay that is controlled by a group of violent rebels, in an attempt to locate a missing Navy SEAL who disappeared during an unsanctioned trip.”

A bickering young couple were gathering evidence of contaminated water when they came across a hand. Now the hand naturally belonged to someone however it took local authorities some to get an identification and once they it became a problem. The victim was Petty Officer Matthew Dean and he was an American. But Dean like other military personnel had been explicitly warned about going to a certain part of Paraguay and he had ignored that warning at his own peril. So Gibbs and his people had been asked to come in to investigate what Dean was doing in Paraguay and why he was murdered so far from home?

Research on the other hand proved to be somewhat difficult. Dean was a Navy SEAL and so he couldn’t talk about his job like other could and instead filled up his social media pages with pictures from one of his trips. Just not vacation sort of trips! Dean had apparently liked extreme sports and he would often go abroad by himself as a way to decompress after every tour.

However, Dean hadn’t been in Paraguay to go water rafting down some of their stronger currents. He had actually told his wife that he was going to Canada to go fishing and so she had wanted to know why her husband would go back to Paraguay so soon.

She said that her husband had let it slip that his last mission had been in that country. Though Gibbs of course couldn’t get Dean’s commander to confirm that they had been there or why they would have hypothetical have been there because those missions are need to know. So the team had tried to ask Peter Josephson about Dean’s latest trip and Peter had told them that he was supposed to go fishing with Dean and another Petty Officer by the name of Charles Hudson and that he had to pull out the last minute because he got called to Afghanistan. And so Gibbs had wanted to know where he could find Charles and Peter hadn’t been able to help.

He said that Charles was no longer in uniform and that he lived in a mobile home nowadays, but that he moved so often it would be impossible to find him if he hadn’t wanted to be found. Yet, finding someone that didn’t want to be found had been nothing for the guys and they eventually came across Charles’s home only he hadn’t been there.

He had gone with Dean and, by what they found at the trailer, it had looked like both men had loaded up on weapons. So the team had wanted to know what the two men had been planning and they decided to try the fourth partner. There was evidence that both Charles and Dean had prepared equipment for four people and two hadn’t gone.

One of them had to be Peter except he wasn’t saying anything. But the fourth partner had also missed the trip because he had gotten injured at his six-year-old’s birthday party and that meant he was still in the state for them to question.

So they had visited Christopher Clayton in the hospital and they demanded to know about the mysterious fishing trip however he said that the code word “fishing trip” was just something they told their families for when they went to Vegas. As Chris explained, both Dean and Charles had a heavy gambling problem and the men already owed money to a few sketchy as is.

However, Dean’s body hadn’t been found in Vegas and so Quinn and Bishop had demanded to know about what happened in Paraguay. So Chris said that they had gone down there to investigate the uranium mines and that the mission had gone south before they could find anything conclusive though there had been one man in the village nearby that had gotten them all out.

And therefore everyone thought that Dean and Charles had gone down to Paraguay as a way to take the money that had been left behind in the failed mission and what seemed to work with that theory had been the fact that Dean was revealed to be alive. His hand had been taken only all the other human remains had actually belonged to Charles Hudson.

So Gibbs, Torres, and McGee hopped on the next flight to Paraguay to see if they find their missing Seal and oddly enough it hadn’t been that hard to find him. Dean was being protected in the village by the same man that had saved his team last time and he revealed that he hadn’t gone to South America for money.

He said that he and the others had owed Ricardo their lives and that hadn’t been able to say when Ricardo had called needing help. Ricardo’s son had been taken with a few other boys by the rebels that were planning on turning the boys into child soldiers yet Gibbs had told Dean that he needed to be evacuated rather than follow through on his plan to rescue the boys.

Gibbs had reminded Dean that he was missing a hand and that he needed medical assistance. Yet, Dean refused. He said he wasn’t going anywhere until rescued the boys and so Gibbs decided to help. He had gotten some back up from the national army and had been prepared for anything that happened.

So Gibbs had also tried to warn McGee that he could turn back and that he would understand because McGee had more to lose than they did, but McGee had refused to leave them to fight alone. He said he was sticking it out until the end and had rescued the boys with the others. And so the only problems the rescue experienced was the escape.

The plane couldn’t take off under so much enemy fire and so Gibbs had told the others to leave him behind however McGee couldn’t’ do that and chose to stay with Gibbs while the plane got away.