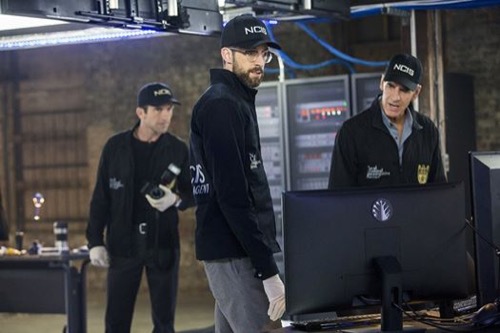 Tonight on CBS NCIS: New Orleans returns with an all-new Tuesday, 21 February 2017, season 3 episode 15 called, “End of the Line,” and we have your NCIS: New Orleans recap below. On tonight’s NCIS: New Orleans episode as per the CBS synopsis, “A former case is reopened after a copycat murder occurs on a street car, triggering traumatic memories for Wade. (CCH Pounder)”

The body of Chief Karen Decker was unfortunately found on tonight’s episode “NCIS: New Orleans” and something about the crime scene had resonated with Dr. Loretta Wade.

Wade has been the Chief Medical Examiner for a long time and the crime scene had been all too familiar to her. She had once worked on a similar body where the victim had been repeatedly stabbed and the eyes had been gorged out. But that had been so long ago that Wade had honestly doubted herself when she started to see similarities. So Pride and Sebastian did become concern. The guys had noticed that Wade was acting out of character and they knew for a fact that crime scenes didn’t generally spook her.

However, the fact that recent crime scene had frightened their friend had meant that something was wrong. So they had asked her about it and she had told Sebastian that she might know who the killer was while she had told Pride that she knew who the killer was and that she might be his next victim. Wade had believed that the killer was Jack Gordon. Gordon had been sent to prison twenty years ago for the murder of another who he had allegedly mutilated just like Decker yet for some reason Gordon had been paroled.

Pride and his team had investigated the murder of their naval chief and they had found out where Decker had been killed. Yet, their evidence all pointed to Gordon and so Pride believed that Wade could be right. He and the others had found out that Gordon’s first victim had been an old high school sweetheart who he had once served with though Gordon had supposedly been high when he stabbed Petty Officer Janet Ortega and he said he had no recollection of the murder despite Ortega’s blood showing up on his knife.

So the evidence had been there to put away Jack for life and it just so happened that Karen Decker had been one of the many witnesses that testified that Jack was unstable, but Gordon still got a deal somehow and he was out after serving twenty years. Though the fact that Decker had instantly been targeted the second that Gordon was free made it seem like Gordon was going after all those that had put him away. And so Wade had a right to be scared, she had testified against Gordon and had gone off on him.

Wade had been brought in to present the evidence however she hadn’t been able to help herself and had told everyone in open court that she believed Gordon killed Ortega. But Wade admitted to Pride that she hadn’t been herself during the trial. Her marriage had been breaking up around the time and she had been angry. So angry that she doubted what she said in court. Wade had said that Gordon has been protesting his innocence for twenty years and that didn’t seem like someone that was guilty.

Wade had questioned her testimony and she had also questioned the evidence that she divined from the body. So she was already talking herself into believing that Gordon might be innocence when Pride caught the other man hanging around Wade’s home. Pride had been at Wade’s because he had wanted to protect her in case Gordon showed up and so he thought that he saved Wade when he took down Gordon. However, Wade had wanted to be there when Pride interviewed Gordon and so she had overheard him when he claimed to be innocent.

Gordon had been off his meds though he knew for a fact that he hadn’t killed his ex-girlfriend. So Pride had asked Gordon why he went to Wade’s home and Gordon had replied that he had been looking for help. He said all he wanted was for someone to help him. Yet, his desperation later pushed Wade into taking action. She had been questioning herself and so she thought it was only fair that she reviewed the evidence before Gordon was convicted of another murder. And one of the things that she had asked from Sebastian was that he re-test the hair that had been found.

A piece of hair had been found on the victim’s body and it had belonged to Gordon. Though Wade had wanted Sebastian to re-test their sample because she had wanted to know if the hair fell out on his own or if it was placed. So Sebastian’s findings eventually confirmed Wade’s worst fears. She had apparently been wrong about Gordon and someone had tried to frame him for Decker’s murder by placing the hair at the scene. The hair had had particles on it that revealed that someone with nonissue gloves had touched it.

But then the guys got Gordon his meds and he told them what he had found after looking through files in prison. Gordon had said that Ortega had been wearing a gemstone necklace that he hadn’t given her and that she had been wearing on the day she died however the necklace had showed up in any of the photos or the evidence bags that had been taken when Ortega had died. So Gordon believed that someone else had been involved with her and that they had taken the necklace back after murdering her.

So Gordon’s theory had been checked out and it had turned out to be true. Ortega had been wearing the necklace in several surveillance cameras on the day she died and then necklace had seemingly disappeared. However, they had checked out who else would be involved with both women and they had thought it could be a fellow streetcar driver that had known Gordon well yet they had been wrong and they figured it out when the District Attorney attacked Sebastian and Wade at the lab.

The attorney had riled up everyone that had testified against Gordon and he would have pushed foe the death penalty if Gordon hadn’t been so mentally ill. Yet, he had been the other man in Ortega’s life and he had killed her after she had thought about going back to Gordon. So it was jealousy that merely spiraled out of control and Decker had died because she had started to question her own testimony though, as luck would have it, Pride and LaSalle had stopped by the lab and they had walked in on the attorney trying to force Wade into deleting the evidence.

And so Pride shot him, LaSalle, shot him, and Wade even threw acid into the murderer’s face. Though Wade and Gordon had talked afterwards, with a little help from Pride, and the two were able to move forward from their joint past and individual mistakes.