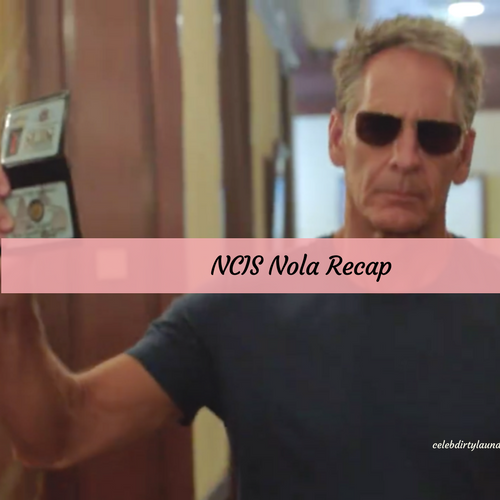 Tonight on CBS NCIS: New Orleans returns with an all-new Tuesday, April 4, 2017, season 3 episode 20 called, “NOLA Confidential,” and we have your NCIS: New Orleans recap below. On tonight’s NCIS: New Orleans episode as per the CBS synopsis, “After the team uncover a link between an international drug ring and the police department, Lasalle must investigate his former partner. ”

A Vice Detective was involved in an arranged drug deal that went bad. Though his partner had allegedly saved his life by shooting the drug dealer and that became a problem for everyone because the dealer was Nathan Kelly. Nathan Kelly was a Navy servicemen and he mostly guarded the ports however his death still required investigation by NCIS. Pride and his people were supposed to investigate any federal agent’s death in their area and so they tried to investigate what happened to Kelly when they hit a roadblock.

The roadblock was the Vice Squad itself. The detectives had told their side of the story and it had matched up with what NCIS found at the scene yet their story about Kelly and how Kelly must have been getting the drugs he was selling from offshore just didn’t make sense. The team had looked into Kelly and there was nothing in his life indicating that he was making arrangements to pick up anything meanwhile there was evidence of him actually offloading drugs. Kelly had used his position as a Navy porter to fix the books and ship more than the navy had arranged.

Yet, the story about Kelly had been that he was low hanging fruit which was why vice went after him in the first place. So Kelly wasn’t running things and NCIS believed that as well because of the drugs. Kelly was selling powerful drugs like fentanyl and that requires a heavy duty kitchen, but the last one of those had gotten shut down last year by LaSalle’s old partner and friend Detective Richard Marino. Marino was also the man that Kelly shot before he was eventually killed and so LaSalle had went to see Marino at the hospital.

Only things have changed since they last talked. Marino was now a heavy drinker and he was uneasy on his feet even as they were leaving the hospital. So LaSalle hadn’t gotten much from his friend the first time he tried to question him though he had been forced to try again after tests showed that Kelly’s supply matched the drugs that were supposed to be in the evidence locker after they shut down than previous drug ring. But when LaSalle tried to talk Marino about the problem, Marino had become offended.

Marino had told LaSalle to watch himself once he realized the NCIS agent was trying to imply there was a dirty cop that was helping Kelly with the drugs. Though LaSalle had ignored Marino’s warning and had looked into NOPD’s evidence locker. So he found out that the drugs were indeed missing and that the last person to sign them out was Marino. And so LaSalle believed Marino was trying to push him off the investigation because of his own involvement however he hadn’t wanted to bring Marino in right away.

LaSalle had still hoped that he was wrong about Marino and so he tried investigating with just Pride in the know. However, Gregorio and Sebastian were chasing the ship that had the drugs on it and they found enough evidence to detect that Kelly hadn’t shipping merely fentanyl. He was also shipping cocaine and every other big name drug out there. So that was a little bit more than a small-time deal and the two kept digging until they came across more information detailing a smuggling ring operating from NOLA.

Kelly as it turns out wad the go-between seeing as he had special clearance down at the ports and Marino was considered his inside connection that must have supplied as well as overlooked Kelly’s operation. Yet, Gregorio and Sebastian had found out that Kelly would then sell the drugs to Mexico cartels and he would receive his cut from Audubon Industries. The same company that was buying up property in Clearwater while the Mayor pushed out the low-income immigrant community that was already there. So Pride had realized that the Mayor was connected to everything that was happening and that Marino wasn’t involved.

Marino’s name was on all the paperwork and it had looked like he was guilty. But it was all too neat and was later proven to be a set-up. Marino had been framed as the fall guy so that the real dirty cop got to keep working. So Pride brought in Rita and Rita helped them piece together the truth. The truth being that Detective Spencer who was now running the Vice Department had gotten the big promotion after he was brought up on charges and had only had gotten off once he agreed to do the Mayor’s bidding,

Mayor Hamilton had claimed that the city didn’t have budget when he claimed the police couldn’t patrol the area. So crime went up and people began leaving out of fear however the Mayor had lied about his reasoning because there had been enough money in the budget to patrol the area and he had simply used it on more important things. Like designing his office and covering up the many affairs he had with women he recently met. Yet, with NCIS finding out about Spencer, Pride had thought that they would finally be able to take down the Mayor.

The guys had tracked down Spencer and had found him before he could kill Marino. However, one quick decision in the field meant whatever Spencer had on the Mayor died with the detective. So Pride had lost another lead and the Mayor managed to slither out of another mess though LaSalle later talked to Marino and Marino had said that there was nothing to forgive. He knew that he needed help and so what had nearly happened to him had been the wake up call that LaSalle’s mentor had needed.

And Rita who had gotten a job offer in DC had decided to take it because she knew that Pride should focus on taking down the Mayor while she should be leading her own charge.