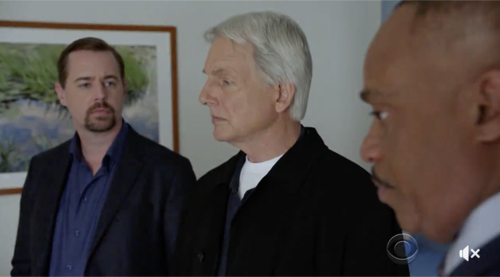 Tonight on CBS NCIS returns with an all-new Tuesday, December 12, 2017, season 15 episode 10 called, “Double Down” and we have your weekly NCIS recap below. On tonight’s NCIS season 15 episode 10, as per the CBS synopsis, “As Torres and Sloane run protection detail for U.S. Senator John Phillips in Afghanistan for the holidays, they must urgently return to the states after hearing the senator’s son is in the ICU. Also, Gibbs and the team investigate the altercation that caused the life threatening injuries to the senator’s son.”

Unfortunately, Gibbs had had to break some bad news to an old friend. He had been stuck stateside when Senator Phillips’s son Chandler got into a nasty accident and so he thought he should be the one to break the news to the Senator. The Senator had been Gibbs have known each other for years and so Gibbs had initially wanted to go with the Senator to Afghanistan as part of his security detail. But for some reason, the Director had pulled off of security to make room for Sloane because she is somewhat familiar with the area. So it became her job to get the Senator back home before his son’s condition grew worse.

Chandler had been his only child and the two had been estranged for years because Chandler had gotten arrested for drug possession around the same time the Senator introduced a new drug bill. But the Senator hadn’t cared about what happened between them when he heard his son was injured because he just wanted to be there for him. So Sloane said she would get him home and she had the added benefit of having Torres there with her as a backup. He too had gotten put on security detail and he hadn’t shied away taking risks to get the Senator stateside, however, Torres and Sloane had made the mistake of believing they could get the Senator to the nearby civilian airport.

The airport was miles away and miles away. But the two agents chose to make the drive despite what they could run into out in the desert and besides the Senator, they only had a comedian and one Marine for help when they drove into a trap. They drove on top of a live IED and had only made it out in time to save themselves if not much else. They lost their vehicle as well as all means to make contact the military base though they needed a place they could hide until it was safe and so they went up into the mountains that even the comedian knew was where the Taliban were hidden. So the plan to get the Senator to the airport had gone awry just as NCIS found out a few things about Chandler.

Chandler’s accident hadn’t been an accident. He had gotten hit in the back of his head and someone had tried to arrange it to make it look like he had an accident. But NCIS managed to get the case from Metro and they went on to find several others that seemed important. Like Chandler being part of an illegal casino acting out of an apartment and that said casino had been fixing the games. So he and his partner had taken money from their “clients” by weighing down the dice and the team figured he could have been killed because someone found out. And so they investigated that angle by talking to his partner.

But the partner didn’t think anyone would want Chandler dead and had been more than prepared to move on to the casino without Chandler. So the team had thought that pretty cold of him and they couldn’t understand why Seth would write off his partner/friend when the other man hadn’t even died yet. It just hadn’t made sense until they also learned that Chandler had made a decision to turn his life around. He enlisted! He joined the Marines and had told the enlisting officers that he wanted to become a better person. And so the team suspected his partner wanted Chandler dead because he was getting out except Seth claimed he didn’t know anything about Chandler leaving.

Seth said Chandler would never have done something like enlist because he hadn’t wanted to be like his father. But they showed Seth the paperwork and that more than proved Chandler was willing to get out of the business. So Seth admitted that they would never have tried to kill Chandler for leaving and using the word “they” had told the team that there was a third partner out there that he had been hiding. It turns out this third partner was Seth’s girlfriend Misty and she could prove that they were innocent. She and Seth had set up their gambling table and had had NCIS test it out however the game hadn’t been fixed.

Neither Seth nor Misty knew how to fix the game. That had been Chandler that fixed the games and so the two would never kill the Golden Goose because the scam would officially end the moment Chandler either walked away or died. But without those two as suspects, the only other people the team could think of was someone that Misty described. She described a thin, tall man with a mustache and Bishop had remembered seeing someone that matched that description outside of the apartment. So she checked the description against security detail for the casinos in the area and found the guy thought he had already contacted them.

It turns out he had caught Chandler and he had confronted him. But Chandler agreed to turn his life around if charges weren’t pressed and the next day he joined the Marines. So all the other guy wanted was the money Chandler had taken from the casino because he thought Chandler showed promise and had even considered hiring him to help detect other cheats at the casino he worked in. And so the only two people that weren’t happy with losing thirty grand each had been Chandler’s partners. He had made back their share as well and so either Seth or Misty tried to kill him for ending things.

Seth said it was Misty and Misty said it had been Seth. But Misty could prove her innocence because she had tapped herself practicing the slide of hand and therefore caught Seth’s confession to her on tape. So Seth was arrested for trying to kill Chandler and Chandler eventually regained consciousness just in time to enjoy the holidays with his dad. The Senator had a near miss in Afghanistan, but he survived it and so did the rest of his team.