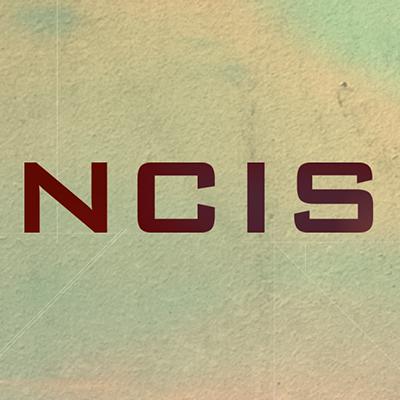 Tonight on CBS the #1 drama series NCIS with an all-new Tuesday, February 14, 2017, season 14 episode 15 and we have your NCIS recap below for you. On tonight’s NCIS season 14 episode 15 “Part 1 of 2. When Abby’s (Pauley Perrette) homeland security think tank is compromised, it’s discovered that a theoretical terror playbook has been stolen and is being auctioned on the black market. The episode concludes on “NCIS: New Orleans.”

Abby had gotten conned. She had somehow been talked into taking part in a think tank despite her reservations and she had carried out the mission that Homeland Security had assigned for everyone working the experiment. But the think tank hadn’t been what it appeared. Abby had thought she was working for the good guys when she along with the others came up with a terrorist scheme that could potential kill people. So she had been confused when the fake bomb and sarin gas balloons she carried into the arena had proved to be all too real in the end.

But no one had gotten hurt, luckily. Abby had been caught by the MetroPolice before she could activate the plan and so she had never gotten the chance to detonate the bombs or release the balloons into the air vents. So Abby didn’t find out that she had in fact been conned until the police had set off one of the bombs in a safe designated area and she had been left looking like a fool because she had been trying to tell them that it was all fake yet she had wisely asked for Gibbs and Gibbs came through for her.

Gibbs had alerted the team and Director Vance that someone had piggy-backed on the think tank’s plan for the crowded arena. But the question was who? Abby had had a team for the think tank and so she had found them at the hotel where they all met with Earl. So they all wondered where was Earl. Earl Goddard was the Homeland Security Agent and he was the one that brought them all together to make a plan for the arena though his disappearance after that plan had gone haywire had seemed suspicious.

So an APB had been put out for him and he was later found in his van however he had been dead by then. Earl had died from Sarin gas and so they had made everyone believed that he might have switched out their harmless for something more dangerous before taking his own life. But Earl’s people weren’t buying that. There were some on the think tank that swore Earl would never harm innocent people and naturally Earl’s bosses didn’t like it that one of their own was being accused of something.

On the other hand, Homeland Security weren’t really willing to fight anyone on the point that Earl was their terrorist because they also thought he did it and simply didn’t want that information to get out. But the agent that Homeland sent down to run point on the case had did more harm than good. Agent Knox Ellicott hadn’t told anyone that he had wiped his office’s entire data and Gibbs’s people had had to find out about it for themselves. The guys had all been talking to the think tank and one person had said he called Homeland to complain yet they had never heard of him.

All of Earl’s files for the last couple of weeks had all been wiped and his alleged friend Knox had wiped his computer on the night he died. But Knox swears he had nothing to do with what happened to Earl. He said that he had been checking his files on his computer at home which was a big no no when he saw that someone was hacking his computer. So Knox said he had ordered an entire wipe at the office to keep the hack from spreading and hopefully cut it off at the knees. And so the fact he did what he did to cover his own butt had been something to consider.

But Knox had been telling the truth when he said that someone attempted to hack him. McGee had run a system check on all of the computers and it had unfortunately been revealed to him that someone had hacked Homeland Security files all across the country. So every idea that the think tank over the years have come up had been stolen and so there suddenly a national concern over another terrorist attack though the attack on Earl hadn’t seemed like it was part of a bigger plan and that’s because it wasn’t.

Whoever had stolen the playbook hadn’t killed Earl or gone out of his way to kill people at that arena. So the guys checked who was in the VIP suite and had found out that a former sniper during the Bosnian War had taken his son to the concert. The sniper turned politician was Jovan Dezic and he had taken part in a death connected to a young man in the think tank. The young man’s parents had been killed by Dezic however Dezic never served time for it because it had been hard to prove that he had been there.

So the whole think tank had been arranged to kill Dezic. The guy had faked reports for Earl about a possible sarin attack and that had led to the experiment. But then Earl became suspicious and he had been killed because he was going to plug on everything though Earl had done something with his last breath. He had set off the alarms inside and had made sure that MertoPolice stopped Abby could before she could carry out the attack. And so Abby had also done something for Earl, she had stopped a second attack that had been planned and she had fully cleared Earl’s name.

The playbook however was still out there and the some of the agents were heading to New Orleans to find it.