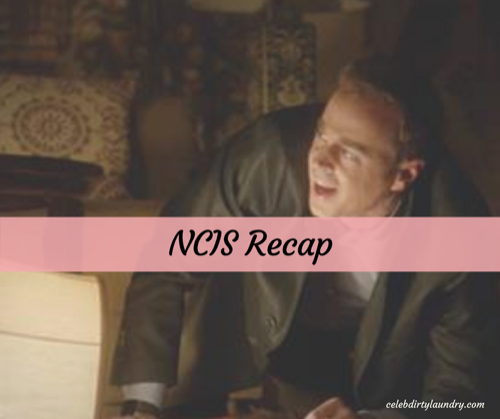 Tonight on CBS the #1 drama series NCIS with an all-new Tuesday, March 7, 2017, season 14 episode 17 and we have your NCIS recap below for you. On tonight’s NCIS season 14 episode 17 “McGee’s apartment is torn apart by a robber searching for an item of great value that was hidden there by a convicted criminal who previously owned the unit. Meanwhile, Congresswoman Flemming tries to persuade Vance to pursue a career in politics.”

McGee walked in on his apartment getting ransacked on tonight’s episode. But, thankfully, he hadn’t been truly harmed. McGee had been able to get to his gun in time and he even took out of one of the assailants however one guy got away and McGee didn’t know why someone had been searching his apartment. So he had just been glad that his girlfriend Delilah wasn’t there because he didn’t want to explain how bad the damage or why his friends all thought an earlier triple homicide at the apartment was involved.

However, it wasn’t just McGee’s team that believed the apartment’s bloody history might have something to do with what happened. Gibbs had also been intrigued when he heard about the triple homicide for himself because it seems he and Quinn had been left out of the loop. So McGee explained everything. He said Paul Triff who worked as a licensed furrier had actual used his furrier business as a front for a smuggling ring when he turned on his fellow smugglers and cut them into pieces using an electric carving knife.

So Quinn had frankly been astonished that McGee would ever want to live there and Delilah was somehow ok with it. Yet, McGee admitted that he hadn’t told Delilah. He said he would simply worry her and so he hadn’t want to tell her about it though the others did push him into telling her little by little. Like he eventually worked his way into telling her that the apartment had been broken into before confessing that there had been some damage so what he was struggling with was the murder part.

McGee hadn’t wanted to his girlfriend about the triple homicide because he knew he would then have to tell her that he hid it from her. Though while McGee had been hoping for another possible scenario, he and his team had found the other assailant that had been at the apartment and he had confessed that his dead partner had told him something valuable had been hidden there. He said that Louis worked in a lot of prison kitchens over the years and that one day the guy that used to live at the apartment admitted that he hid something that the police were never able to find.

What that ‘thing’ was on the hand was still a mystery. Louis hadn’t told his partner everything and so NCIS had to go directly to the source to find out what had been hidden at the apartment from hell. But Truff hadn’t wanted to tell them anything. The serial killer had thought it was funny that a federal agent was no living in his former apartment and he did his best to bait McGee rather than tell the team anything they could use. So they had to fall back on Abby. Abby had promised that she could search the walls without tearing the place up and she did her best to abide by that.

However, Abby hadn’t said anything about not ripping the place up once she detected something. So Abby did have take up the floorboards when she detected something under McGee’s bed yet McGee had had to remove his father’s ashes that had placed and everyone had thought that was a little odd because they didn’t understand why McGee or even Delilah for that matter would sleep over his father’s last resting spot. And so they were still pondering that when Abby revealed the treasure that Louis had been trying to find.

Louis had apparently been looking for Logan Pruitt’s body. Yet, Pruitt was well-known because of his involvement with the Pretoria Heist. The Pretoria Heist was when over a million dollars worth of African diamonds were stolen some years ago and many believed that Pruitt was involved seeing as he disappeared not long after that. So NCIS didn’t know what was going on until Ducky and Palmer found a key in Pruitt which looked like a bank key and would be a perfect spot to hide diamonds.

So the team did have answers for Truff and he eventually want to tell his side of the story. He told them that he and Pruitt had stolen the diamonds and the agreement was that they would sit on them for a few years, but then Truff found out that Pruitt had bought a condo and was buying politicians steak dinners like he had money to burn. Though Truff thought that was calling attention to them so he threatened to take the diamonds away and Pruitt swallowed the key because he swore Truff would get the diamonds over his dead body. And that turned out to be a mistake.

Truff had no problem with killing Pruitt and because he still wanted to wait on the diamonds he didn’t have a problem with leaving the key in Pruitt’s stomach. But then he went to jail and he thought that Louis was a nice guy. So that’s why he told Louis about the key and he also knew where the bank was however he wanted a bigger cell in exchange for telling NCIS the diamonds’ location and that was a deal they weren’t prepared to make. Not even when Congresswoman Jenna Flemming told the Director that would up his profile on Capitol Hill.

Director Vance had tried to tell his girlfriend that what he and his people did was important because they didn’t go around making deals to make themselves look good yet Jenna had gotten offended by that and she had ended their relationship. However, NCIS found the bank on their own and they were still able to recover the diamonds without making a deal. So Truff lost and McGee admitted to everything to his girlfriend of his own free will.