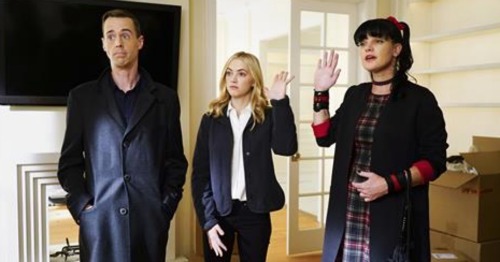 Tonight on CBS the #1 drama series NCIS with an all-new Tuesday, January 3, 2017, season 14 episode 11 Winter Premiere and we have your NCIS recap below for you. On tonight’s NCIS season 14 episode 11 “Willoughby,” as per the CBS synopsis, “An undercover mission to apprehend a businessman who uses acts of terror to manipulate the stock market is compromised, which forces the team to search for new leads. Meanwhile, Bishop (Emily Wickersham) and Qasim (Rafi Silver) find a break in the case together.

Gibbs had finally gotten the go ahead to fill in his team from Director. The Director as well as Gibbs apparently had known for a while now that there was going to be a joint task force, called Project Willoughby, that was carefully put together to take down a nefarious businessman by the name of Kai Chen. Kai was a very private man and he had money hidden all over the world however he used most of his resources to fund terrorist groups as a way to manipulate the stock market and he didn’t care about who got hurt. So looking into someone like Chen was dangerous.

Chen had ruthless contacts that were just as protective of their privacy as he was and so he had lived most of the last fifteen years in hiding. There wasn’t a recent photo of him and his digital security was so impenetrable that he didn’t even leave behind a footprint. However, Project Willoughby had eventually got something. The joint task force had found out that Kai’s regular copilot was sick and so that allowed them to sneak in Reeves as a replacement. Reeves had been given a new identity and they had ensured that Chen’s people couldn’t poke a hole in it yet he had been wrong about that.

Something strange had happened as NCIS watched the plane waiting for Chen. They had noticed that Chen’s right hand man Jintao had quickly fled the plane and they were worried that someone would happen though they were too far away to get to Reeves in time before the plane blew up. So what everyone wanted to know was how did it all unravel? Reeves and the pilot had both survived the blast so the MI6 agent got to talk to Gibbs. And he told the other man that he couldn’t pinpoint the exact time his cover was blown.

Reeves had said that he had stuck with the cover story and that neither he nor Miller should have gotten hurt. Though an investigation into Jintao showed that Reeves had been wrong about Miller. Miller had been the one to tip off his boss about Reeves after Reeves had spent months gaining Miller’s trust. So Reeves would have never guessed that it would be Miller that would give him up or that Reeves preferred to die rather than harm against his boss, but NCIS hadn’t gotten the chance to talk to Miller because he attempted suicide again and had succeeded in killing himself at the hospital.

But there were still questions that needed to be answered. How did Miller figure out that Reeves was an agent? Did Reeves do something to destroy the mission? Did Reeves compromise himself with Miller? So a lot of the Director’s contemporaries had wanted to throw Reeves under the bus rather than blame themselves or look for another possible answer however both Gibbs and the Director felt that Reeves had been above reproach. Reeves had spent months living under an assumed name and then he had deliberately set out to manipulate others.

So Reeves had done his job and it wasn’t reasonable to use him as a scapegoat yet NCIS knew that they needed to find something on either Jintao or Chen if they didn’t want Reeves’s career to be destroyed. However, Reeves didn’t want to sit anything out. He had gone back to work as soon as possible and that had been awkward for Bishop. Bishop had been Reeves’s emergency contact and Bishop had wanted to know why that was so she asked her boyfriend. She asked Qasim why Reeves would put her as his emergency contact and Qasim had said that it was probably the same reason Bishop was his emergency contact – they didn’t have anyone else. And that hurt Bishop.

Bishop hadn’t known that Reeves hadn’t had anyone else and she was concerned that he didn’t even tell her that he was signing on for Willoughby without telling her. Yet, she wasn’t the only one that was concerned. Gibbs felt that Reeves had signed on for the task for all the wrong reasons and he had decided to make Reeves ride the desk while he interviewed Miller’s family about what happened. So Gibbs and Reeves had been in a room with Miller’s wife and daughter when Bishop spotted little Lexi’s charm bracelet. Lexi had apparently gotten it from her father and he gave a new charm for each city he visited though Bishop had though she recognized some of those cities.

Bishop had noticed the charms were from countries that Qasim had recently talked about so she asked Qasim to see the transcript for the latest conversations he was listening in on and her theory turned out to be right. Qasim had accidentally heard the code that Chen was using during his travels and so NCIS had been sitting on hundreds of transcripts. Though those transcripts couldn’t be study by one person so Gibbs gave that task to Reeves. The paperwork was enough to keep Reeves busy and he had even invited the other man to house because he said that he cooked a mean steak.

The invitation however, was a way to help Reeves with the papers and speak with him about why he joined Willoughby. So Gibbs did get Reeves to lower his guard in the end and Reeves admitted he took the project because Bishop had said her team was family to her and he didn’t want to risk anyone that has people risking their lives. But while Reeves was struggling to think better of himself than merely assuming her replaceable, the team caught a lead. They found out that there had been a mole in the joint task force and that Chen had known for months that Reeves was a plant.

However, Chen hadn’t done anything about it because he liked keeping everyone busy instead of knowing what he was actually doing yet Miller hadn’t been in on it. Chen had just thought that Reeves would turn Miller and so he made Miller kill himself. So Chen had played everyone and later he even got to Qasim. Qasim had gotten shot and sadly he had been without oxygen for too long so it was the machines that were currently keeping him alive. And Bishop was the one that had the choice about whether or not he should be taken off of life support.

So either way they lost Qasim and unfortunately they couldn’t even get justice for him – Jintao chose to die rather than give up anything on his boss.