BY Sarah Luoma on May 7, 2017 | Comments: Leave Comments
Related : Once Upon A Time, Recap, Television, TV 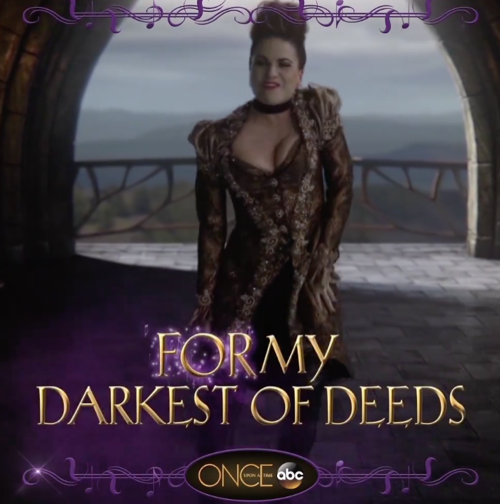 Tonight on ABC their popular fantasy drama Once Upon A Time returns for an all-new Sunday, May 7, 2017, episode and we have your Once Upon A Time recap below. On tonight’s OUAT season 6 episode 20 “The Song in Your Heart”  as per the ABC synopsis, “A wish for Emma’s protection is made by her parents in a flashback, and the result has the entire kingdom bursting into song.”

Emma tells her mom that she can’t narrow down what wedding dress she wants to wear between two she has picked.

Flashback to the past, Snow just wants to give her daughter a happy ending she tells David. She leaves the room to get air. The next morning, she wakes to birds singing. David comes in. The two sing together about love, the most powerful love of all.

To the present, Snow brings her own gown to Emma. She thinks it is beautiful. Regina and Zelena watch the two, smiling. The gown turns black. The fairy appears. She warns that the final battle is coming whether she wants it or not. The fairy disappears. The ladies go to the clock tower. It looks as though the fairy will release her black fairy dust during the wedding. Regina tells them that she will disable it. It’s the least she can do after ruining Snow and David’s wedding.

Emma pays Hook a visit to tell him she has to fight the final battle. She wants Hook to stay behind. She will be on time to their wedding.

Flash back to the past, Emma and David head into the tavern. They need help saving their daughter. They meet Hook. They all make a deal to work together.

The present, Hook goes to Gideon’s father’s shop. He shoots him with a dart to take him out for a while. The black fairy shows up. Henry goes to the precinct to tell Emma that he is proud of her. She hugs him goodbye.

Zelena and Regina talk about how to defeat the fairy. Regina will isolate time to stop the curse. Back to the past, Regina visits Rumple in his cell. She wants to know how to stop a curse, the curse he used on her.

Regina and Zelena bring the potion to David and Snow. Emma shows up to pay a visit to the black fairy. The fairy has been listening in on Emma’s plans.

Emma tries to use her powers against the fairy, but it doesn’t work. The fairy freezes Snow and David. Emma goes to the station. Henry is there. She tells him that she is powerless and all alone. He tells her that she can still beat the fairy and save everyone. She decides she will give her heart to the fairy.

Back to the past, Snow and David are ready to fight Regina. She tries to throw fireballs at them. It doesn’t work. They sing. But Regina manages to take away their song. She sends them back home. Blue shows up. She explains that the magic of their song was made for Emma, not the evil queen. Blue tells them that one day Emma will face a battle alone. She will need those songs.

Back to the present, Henry finds a picture of Blue, David and Snow. He realizes that his mother isn’t alone.

At the wedding, Hook waits for Emma as she appears at the end of the aisle. Snow and David walk her. They exchange their vows of love and say I do. Everyone sings. The clock strikes, releasing the fairy’s curse.