Phaedra Parks Is Finally Getting Her Apollo Nida Divorce 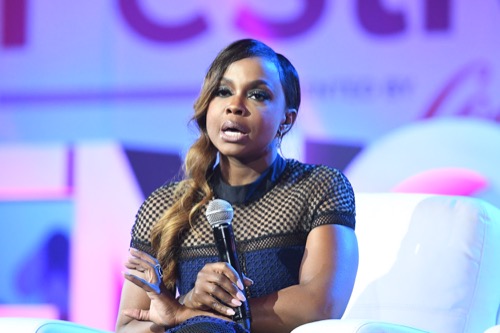 Phaedra Parks has reportedly reached an divorce agreement with Apollo Nida. Their divorce has been dragged out for the last three years and the warring couple have finally come to an agreement.

But what does this mean for Phaedra? The Former Real Housewife of Atlanta has already lost her place on the hit Bravo show and is also facing accusations from Bobby Brown that she was barely a good attorney.

So the reality star has been taking a lot of hits lately and you would assume the divorce might finally be the silver lining however we can’t forget the kids. The kids mean that Apollo will always be a part of her life and so she had to bend on some of their conditions for divorce.

Phaedra for instance had agreed to phone calls between her ex-husband and their two sons, Dylan and Ayden despite not wanting her children to be exposed to Apollo’s current lifestyle. Apollo as you can recall was serving time behind bars for money fraud and not that long ago there had been rumors that Phaedra knew what he was doing and had actually played a role in his many scams. But whatever the case, she managed to get through that time unharmed and now she’s putting aside her grudge against Apollo.

Apollo had been a crap husband and there’s really no doubt about that. He was rude, inconsiderate, and flirted with other women. But surprisingly it had been Phaedra that had gotten called out during their divorce for her dirty tactics and overall mistreatment of Apollo.

According to Ebony’s Online Edition, “Parks was accused of misleading Nida and “intentionally misspelling the parties names” by the judge. Nida also was said to have never been served paper work informing him of his dissolved marital status.”

So this divorce and the fact that the two are seemingly separating amicably after everything that happened is truly a gift because now their children are free from dealing with this hot mess!