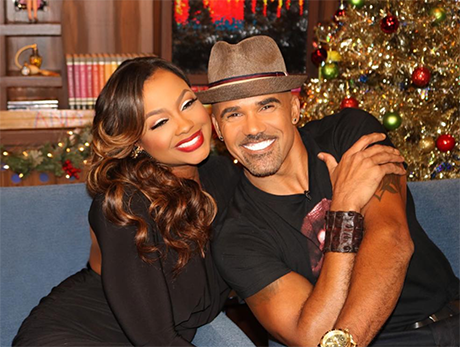 Was ‘Watch What Happens Live’ host Andy Cohen playing matchmaker for ‘The Young and the Restless’ star Shemar Moore and ‘The Real Housewives of Atlanta’ star Phaedra Parks? A steamy kiss, you could almost call it a make out session, on WWHL might just be a hint that the actor and the attorney are open to a hot affair.

The former ‘Y&R’ actor was asked by a caller about his romantic life. Is Shemar dating? Is there someone special? Why is Shemar still single? In reply to the ‘WWHL’ caller’s question, Shemar replied that he is always dating. There’s no ring on his finger. Shemar isn’t exactly certain why he’s still single at 46 years old.

The next caller had a question about Phaedra Parks’ love life now that ‘The Real Housewives of Atlanta’ star’s divorce from Apollo Nida has been finalized. What kind of man will win Phaedra’s heart? Before the legal eagle had a chance to answer, Shemar Moore leaned over and kissed Phaedra on the cheek. 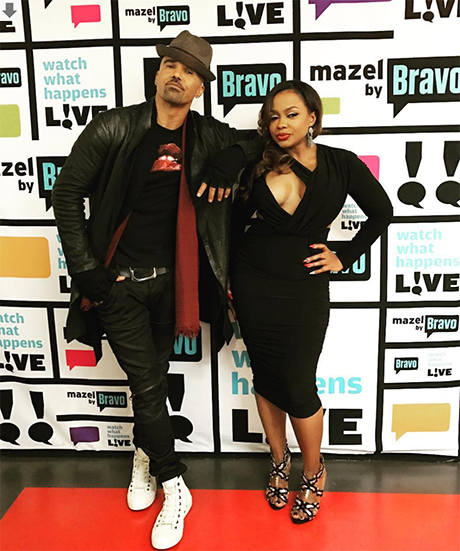 It didn’t stop there! Things got a little passionate as Shemar began kissing and licking his way down Phaedra’s neck. Phaedra didn’t seem to mind at all. A giggling Phaedra replied, “I found him! I’m looking no further, he’s right here beside me!” Andy Cohen looked on in shock.

The flirting between Phaedra and Shemar continued on Twitter. The former ‘Criminal Minds’ star tweeted, “When me & @phaedraparks FIRST met…” and then provided a link to a photo on Instagram of the two from the previous evening.

Phaedra replied to Shemar’s tweet with one of her own. “First but not the last!!” Is Phaedra Parks ready to welcome a sexy, single, employed man into her life? Phaedra has been looking for a strong male role model for her two young sons. Is Shemar Moore the one? 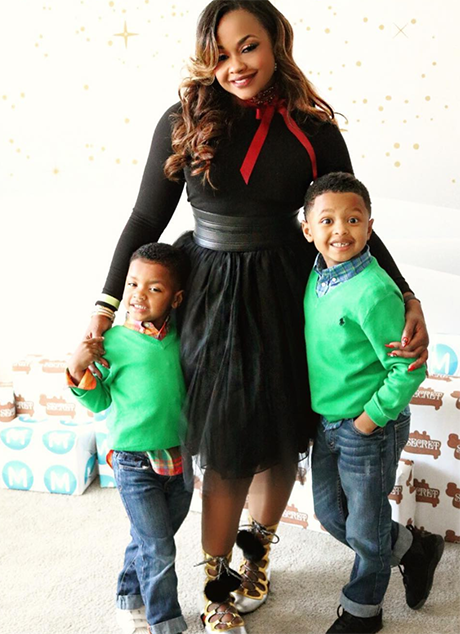 But something could be a damper on a budding romance between the two. ‘The Young and the Restless’ spoilers recently revealed that ‘Y&R’ has a casting call out for a character named Ryder, a 30-something African-American male who is a photographer. This casting call for a new ‘Y&R’ character sounds an awful lot like Malcom Winters, the character Shemar originated on the soap opera in 1994.

‘Y&R’ spoilers speculate that maybe, just maybe, Shemar might consider resuming his role as Malcom. Sure, Shemar is 46 years old, but he could pass for 30-something, right? ‘The Young and the Restless’ viewers would love to have Shemar back as Malcom.

What did Phaedra have to say about the kisses she exchanged with Shemar? The entrepreneur told Daily Dish, “I am open to be in a relationship or date, but that is not a priority.” But Phaedra did note that the kisses from Shemar were a very nice treat for her lips.

If those kisses exchanged on ‘Watch What Happens Live’ turn into a romance, then who will relocate? Is Phaedra Parks open to moving to Los Angeles with Shemar Moore? Or would Shemar move to Atlanta and commute to Los Angeles? We hope Andy Cohen receives an invitation to the wedding!

In this moment, all I could think about were my kids. Tune into this terrifying moment on tonight’s episode of #RHOA @ 8/7c on @Bravo.