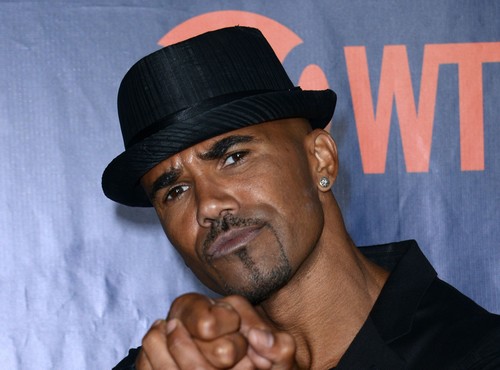 Could Shemar Moore be the answer to Kelly Ripa’s missing co-host on Live! Kelly Ripa went ballistic after Michael Strahan’s sudden departure in May from Live! followed by the announcement of his official full-time gig with Good Morning American (GMA). Kelly Ripa pulled a hissy fit and left town for a few days. Ripa insists that she left on what was a scheduled vacation, but we all know that isn’t true.

Whenever Kelly had planned a holiday before, she had no problem announcing it days before it was happening, just as part of the chit-chat on the show. When Kelly failed to show up to work on the day the news went public, she pulled her usual diva act and decided to not show up to work, causing all the staff at Live! to question if they would even have a job to return to.

Anyone can understand that Kelly Ripa would be upset about being left in the dark for so long about Michael Strahan’s leaving the show, but by the way she reacted publicly, it’s no wonder TPTB made her the last to know. Could you imagine what was happening behind the scenes? Fans had noticed that the co-hosts had not been getting a long for a while, when they revealed during live tapings, as soon as the show went to commercial, the two didn’t even speak to each other, nor look at one another.

One cannot help but wonder, if it’s Ripa’s diva mentality and over-inflated ego is causing ABC such a hard time finding a good replacement for Strahan. She has had guest co-hosts for the since May, that have included Anderson Cooper, Andy Cohen, Erin Andrews, Alec Baldwin, and Mario Lopez. Mario Lopez has admitted that although thrilled and flattered by the rumors, they are not true; but he would have no problem returning as a guest co-host again.

The ABC network still hasn’t announced who will be filling Strahan’s seat, but Shemar Moore is the perfect solution. He left Criminal Minds after 11 seasons, because he wanted to move on to the next chapter of his career, and wanted to have a little balance in his life, so he could get married, have kids and do some traveling.

Hosting Live! would be the perfect fit for him. Shemar Moore would be able to have his time to meet someone, get married and have children, all while hosting the show. There would be no stopping him, and since Kelly Ripa was able to do it, why not him? Furthermore, Shemar has more than twice the number of Instagram followers as does Kelly! Moore could also bring in a whole new fan base to the show since his fans are very dedicated and loyal to him. His looks work in his favor too. Who wouldn’t want to see him back on their TV screen?