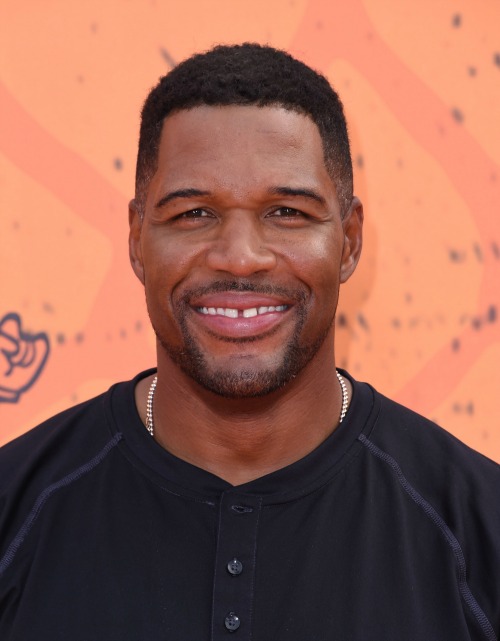 Michael Strahan is no doubt relieved to no be longer working with Kelly Ripa. In fact, Michael Strahan has been nothing put smiles as he’s successfully transferred from his “Live!” to “Good Morning America,” leaving behind a huge hole for Kelly Ripa to fill on her own.

While Michael Strahan has managed to show nothing but class and professionalism towards his former co-host, Kelly Ripa has been accused of not only being petty and vindictive, but also jealous of his success, too. That’s probably why Kelly Ripa’s diva demands have led her to becoming an executive producer of her show and more overall creative power.

If that weren’t enough, Kelly Ripa also thinks that she can anchor the show on her own, without the help of a co-host and that’s why she’s reportedly stopped looking for a Michael Strahan replacement.

Yet, Kelly Ripa might soon feel a backlash that she ultimately created herself. Kelly Ripa doesn’t have the same charismatic and likeable personalities like the relatable Oprah Winfrey or the humorous, yet friendly Ellen DeGeneres. Because of the way Kelly Ripa treated Michael Strahan before his departure by humiliating him and bringing up his divorces on air, many viewers now view her as a vile and immature woman who shows her true colors when she doesn’t get what she wants.

Kelly Ripa might think that she’s a talk show host with star power, but it will only be a matter of time before she fades away into celebrity obscurity. Without Michael Strahan or any co-host by her side for that matter, viewership and ratings will likely decline, leaving Kelly Ripa sooner or later pink slipped and in the unemployment line.

The whole dynamic of the “Live!” show has been two co-hosts headlining together, from Regis Philbin and Kathy Lee Gifford, then Regis Philbin with Kelly Ripa and of course, Kelly Ripa and Michael Strahan. The concert of the show, after all, is having two people talk about topics and events with their coffee mugs while chit-chatting about what’s going on in the world. Viewers want to hear two people with opinions, and not just Kelly Ripa talk about herself.

Surely, Michael Strahan is breathing a huge sigh of relief that he’s no longer having to start his mornings with Kelly Ripa by his side.

Michael Strahan’s career at ‘Good Morning America’ has so far had a smooth start, as he recently told Jimmy Fallon on ‘The Tonight show, “I’m waking up a lot earlier. I start at 7, I’ve got to be there a little earlier than that, but it’s been great because it’s so interesting, and I’m learning. Every job I’ve had I’ve just learned along the way, and this one is interesting because of all the stories, and you get involved in so many different things that are new to me, and I’m loving it.”

Tell us CDL readers, do you think Michael Strahan is much happier at ‘Good Morning America’ than he was with Kelly Ripa and ‘Live!’?

Cruised by @FallonTonight to see my man @jimmyfallon and have our back to school race! Who made it to class first?? Thx for the love. Photo credit: Andrew Lipovsky/NBC