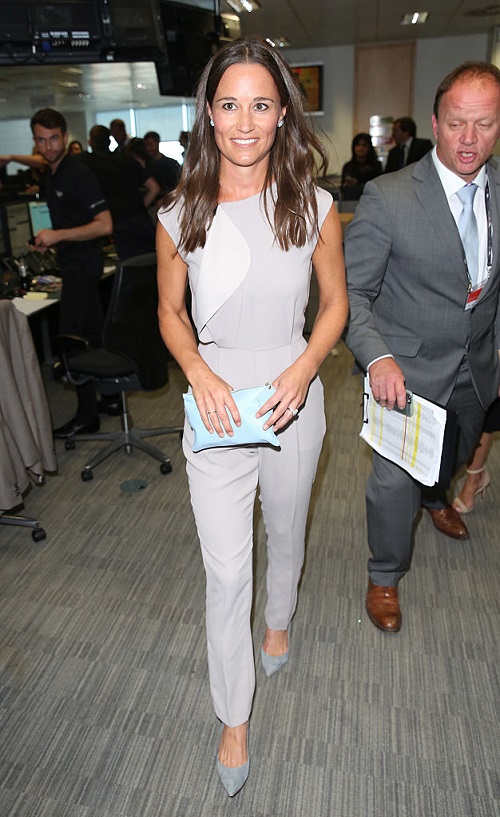 Pippa Middleton and James Matthews had their own semi-royal wedding last month. This weekend, however, the couple was guests at another person’s wedding. Pippa Middleton is not one who likes to be outshined on her own wedding day. But, Kate Middleton was able to steal the spotlight once again, as evident on the latest cover of PEOPLE. The Duchess also made headlines when she was seen publicly scolding Prince George and wagging her finger.

There was nothing of that sort at a wedding this weekend. Pippa Middleton and James Matthews were spotted at Jöns Bartholdson and Anna Ridderstad’s wedding. According to the Daily Mail, Jöns is an entrepreneur and a longtime friend of Pippa’s. They even competed in a race for her 32nd birthday. On Saturday, Jöns married Anna Ridderstad at Stockholm’s Oscar Church. The couple then headed over to a steamboat to have their wedding reception.

Pippa Middleton wore an interesting outfit choice for the special occasion. She was immediately spotted in her floral print floor-length Erdem dress that featured a high neck and long sleeves. 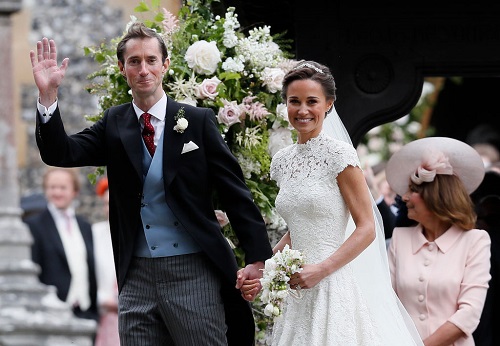 Pippa wore her brunette hair parted in the center with her front pair pinned on each side of her head. She walked hand-in-hand with her husband James Matthews, who wore a tux and tails. This is their first sighting since becoming husband and wife. The couple is fresh off their honeymoon.

They haven’t been back to Europe since they took off for their honeymoon shortly after their May 21 wedding. Pippa and James traveled to the French Polynesia from LAX. Then, they went down under to Sydney, Australia. During the last part of their honeymoon, Pippa and James embarked on a beach-set safari camp in Cape Range National Park, reports Vogue.

Pippa Middleton’s gown at her friend’s wedding was different in design from her wedding gown designed by Giles Deacon. However, the dress she wore this time around was retailed at $3,468. And it’s a lot more ’70s inspired and vintage, which is a style she’s usually not seen rocking. Pippa and James may have returned from their honeymoon, but they still had that honeymoon glow. The couple couldn’t stop smiling at the “white-tie” society wedding. 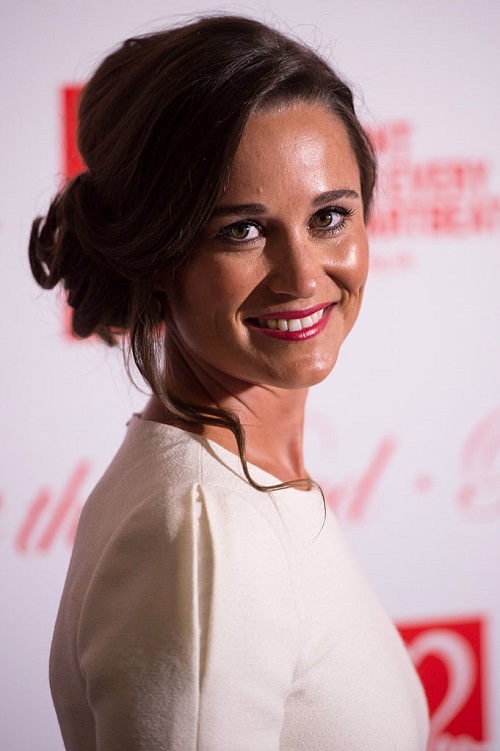 According to the Swedish press, there were about 190 guests invited to a reception at the Villa Pauli, a luxurious villa that was made in 1907. It was a lavish affair that’s almost fit for a royal. Almost. The guests entered a steamboat to Villa Pauli to avoid the paparazzi and other noisy commoners. It’s not as lavish as Pippa Middleton’s wedding, which is reported to cost over $1 million.

Check back with CDL for more royals news and updates here.