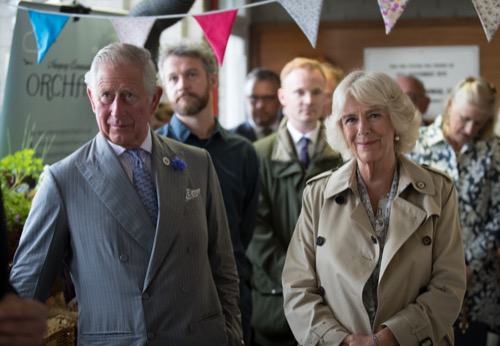 Prince Charles is annoyed that actor Brian Blessed was caught flirting with his wife Camilla Parker-Bowles at a recent royal engagement. The two met during an event at Clarence House on Tuesday, October 19. Prince Charles was not present during the meeting.

Camilla looked thrilled when the 81-year-old actor called her a young lady and told her that she looked “absolutely marvelous.” As a matter of fact, royal fans haven’t seen Camilla look so delighted like this in a very long time.

Brian also bent down to kiss Camilla’s hand. When the Duchess told him, “I remember coming to sit with you,” Brian interrupted her by saying, “Yes when you sat on my knee… I said to your husband, can I buy you?” Camilla then added, “He said you can have me free!” 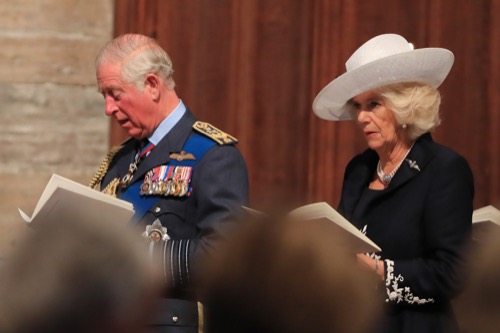 But the flirting didn’t stop there. Brian Blessed complimented Camilla once again by telling her that she looks wonderful with Camilla adding, “Well we struggle on don’t we, as we get older?”

For Camilla Parker-Bowles, she’s used to this kind of treatment. After all, many of her friends in her inner circle have long said that Camilla used to be a huge flirt before she married her ex husband, Andrew Parker-Bowles. And as everyone knows all too well, Camilla couldn’t stop flirting with Prince Charles, even when he was married to Princess Diana. The two had an illicit affair that carried on for years behind Diana’s back.

Plus, previous reports have also indicated that Camilla was supposedly caught flirting with Kate Middleton’s father, Michael Middleton. The Duchess of Cambridge wasn’t thrilled when she heard about it. But for Camilla, she’s always been known for having flirtatious conversations with other men. Many royal observers have noticed over the years that Camilla is more comfortable in the company of men than other women.

So far Prince Charles hasn’t made any comments about Camilla Parker-Bowles’ flirting, but it’s doubtful that he will say anything at this point. As the future King of England, Prince Charles knows that he needs to focus on more important matters. Plus, it’s not like Camilla is going anywhere anytime soon. She wants to be the next Queen Consort as well. After all, she’s made it this far with Charles. Nothing is going to stop her now.

In the meantime, don’t forget to check back with CDL for all the latest news and updates on Prince Charles and Camilla Parker-Bowles along with the rest of the British royal family right here.