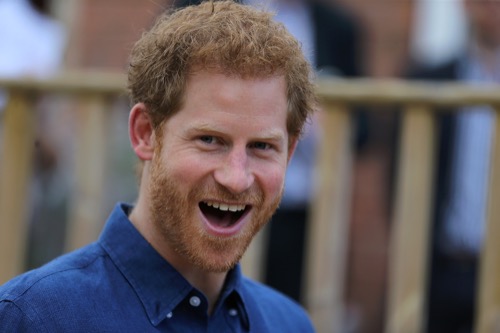 Is Prince Harry cheating on Meghan Markle with a mystery blonde? That’s what a lot of fans can’t help but wonder as the young royal was spotted chatting up a very beautiful blonde during London’s British Summer Time Festival in Hyde Park over the weekend.

According to eyewitnesses, Harry looked like he was having a great time with his new friend. He even snapped selfies and looked rather engrossed in his conversation with the glamorous blonde, Alexandria Jackson, Tom van Straubenzee’s girlfriend so much so that he wasn’t paying attention to the music festival. At one point during the night, Harry even unbuttoned his shirt while he continued to party with his pals.

At this point, it would be very surprising if Prince Harry backed out of his relationship with Meghan Markle. After all, he waited his entire life to find someone like the brunette beauty. She’s beautiful, well spoken, is passionate about her charity work and above all, loves to have a good time just like Harry. In other words, they are a match made in heaven.

But then again, Harry and Meghan have barely spent any time with one another these last few months. Meghan is in Toronto, filming and promoting her USA legal drama, ‘Suits’ while Prince Harry is fulfilling his royal duties and obligations in London. Whenever they do meet, it’s only for a few days at a time before they have to fly back home. That’s why so many royal fans are surprised that Harry hasn’t proposed to Meghan yet. Clearly, they do want to spend time with each other, but something is holding him back. Either he’s waiting for the right moment to happen or it’s Meghan who has her doubts.

And seeing Prince Harry smiling and flirting with another woman is clearly not going to help their situation, either. No woman wants to see her boyfriend photographed with a hot blonde at a music festival, especially if she’s thousands of miles away. According to royal fans, if there’s one person who should be sitting next to Harry, it’s Meghan, not the mystery blonde. 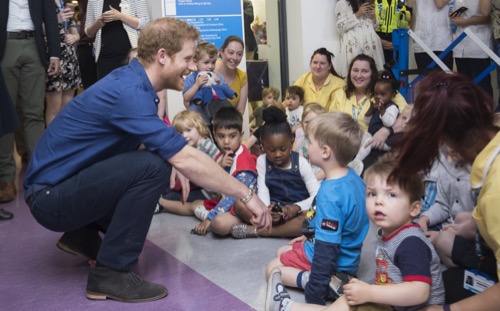 So far the mystery blonde hasn’t been identified. What’s more, Prince Harry has made no comments about her nor has he said anything about his relationship with Meghan Markle, either. In the meantime, don’t forget to check back with CDL for all the latest news and updates on Prince Harry and Meghan Markle along with the entire royal family right here.