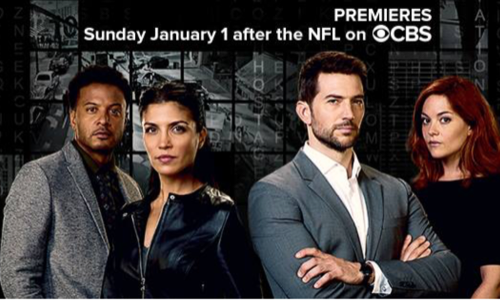 Tonight on CBS their new crime drama Ransom premieres with an all-new Sunday, January 1, igh2017 episode and we have your Ranson recap below.  On tonight’s season 1 episode 1 “The Return,” as per the CBS synopsis, “Eric Beaumont, (Luke Roberts) a top crisis and hostage negotiator, uses his insight into human behavior to resolve the most difficult kidnap and ransom cases.”

So make sure to come back between 8:30 PM – 9:30 PM ET for our Ransom recap.  While you wait for our recap make sure to check out all our  TV spoilers, news, recaps, videos & more, right here!

A hostage situation is underway when the SWAT team closes in quietly on them. Maxine Carlson shows up at Crisis Resolution. She wants to know why Oliver Yates said she was perfect for the job and then didn’t hire her. He dismissed her. She walks away and sees the hostage situation on TV. She takes a business car, grabs a cab to the scene of the hostage situation. She makes her way with the card to the makeshift headquarters where the crisis team is working on diffusing the situation. She watches as Eric Beaumont works on understanding the man who is holding 14 people in a church.

The guy is looking for a sign so Beaumont is going to give him one. He makes his way into the church unarmed. He tells the sniper on the roof to fire in 10 seconds. He talks to the man who has lost faith and begs him to neel before God. As he does, the sniper makes his shot, missing the man. Beaumont explains that it is a sign from God. He submitted to God saved him.

Maxine Carlson approaches Beaumont after the situation is diffused. She wants a job. That’s all she has ever wanted to do. He invites her back to the office.

The team visits a family that has received a ransom demand for their son who has been missing for 8 years. They begin setting up and interviewing the parents. A call comes in. Its unknown from a burner phone. Beaumont talks. He wants proof their son is still alive. When they don’t agree to the terms he hangs up. The parents are in shock. He is trying to force their hand. He needs the kidnappers to know that they need DNA proof.

The father talks to Beaumont. He wants to know why he needs a negotiator. Beaumont assures him that he can get his son back. If not, he doesn’t pay. The kidnapper calls back. He wants to meet at a gas station in one hour.

Meanwhile, the kidnappers have the boy in a trailer. They explain that the parents he thought were his are not.

Beaumont takes Maxine to the gas station with him. He wants to know why she wants to do this. Why she wants to work with him. One of the kidnappers pulls up. Beaumont gets out. Maxine does too after he tells her to stay in the car. The kidnapper’s partner grabs her from behind. They hold both of them, patting Beaumont down for a weapon. He explains that he isn’t a cop. They give Beaumont proof and 24 hours.

Back at the trailer, the boy shows one of his kidnappers how to play a video game. The kidnapper who is running the show comes back. He is mad at his brother for playing video games. He begins beating him up. The boy finds a phone while they are outside fighting. He calls the last number. Beaumont picks up. The boy explains that the kidnappers are fighting, he is hurting his brother. Beaumont asks him if he is okay. He promises the boy that he will get him back as the parents listen in the back ground.

The team talk. They need the parents to get the ransom. The father is reluctant. He wants to call the police. His wife begs him not too. He has to explain to her that he doesn’t have the money – he lost it.

The lead kidnapper checks his phone. He notices that a call was made. He approaches the boy and tells him he know what he did. The kidnapper calls Beaumont. He wants the money or he kills the boy. Meanwhile, Oliver and Maxine use the boy’s picture to identify what school he attends. They want to know why the boy wasn’t reported missing by the parents who have had him for the last 8 years.

At the school, Maxine tells a teacher that Oliver is a famous soccer player who received fan mail from a boy named Samuel. She tells him that he isn’t in school today. She asks for his address. Maxine and Oliver head to the house. They find his parents dead – an explanation for why they never reported him missing.

Maxine and Oliver return to Beaumont and the biological parents. They shared what they have learned – the parents that were killed adopted the boy through an agency. They weren’t criminals, just innocent people who wanted a son.

The kidnappers call Beaumont. He explains that the parents do not have $5 million. They only have $700k. The kidnapper goes crazy. Beaumont tells them that they know about the adoptive parents and how they are dead. Desperate, the kidnappers take the deal.

They meet in the mall parking lot. The lead kidnapper sends his weaker brother to get the money feet away. Beaumont explains to him that he needs to stand up to his brother, who plans on taking the money and killing the boy. Beaumont hands him the cash and pepper spray. The weak brother likes the boy. He brings the cash to his brother and then maces him in the face. The team races to the car and takes the boy. Beaumont ends up fighting with the lead kidnapper, but manages to get him to the ground. The boy is safe and finally back with his real parents!

Maxine has to come clean. Oliver needs her to tell Beaumont who she is. She attempts to explain, but Beaumont already knows who she is. She is the daughter of the women he is responsible for killing.