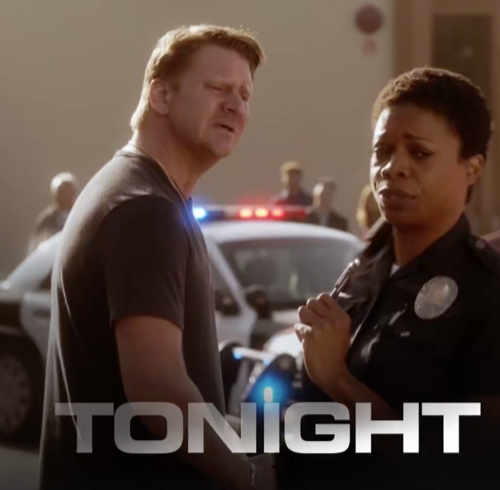 Tonight on Showtime Emmy Award-winning drama Ray Donovan airs with an all-new Sunday, August 27, 2017, episode and we have your Ray Donovan recap down below.  On tonight’s Ray Donovan season 5 episode 4 episode called, “Sold,” as per the Showtime synopsis, “Mickey’s screenwriting dreams stall out until he’s pulled into a gruesome fix for Daryll’s movie star client; Abby starts construction on the new bar while Ray searches for a solution to their problem; Terry tries to win back Maureen one last time; Bunchy’s quest for financial independence gets derailed; Bridget tells her boyfriend who her father really is.”

Tonight’s Ray Donovan season 5 episode 4 is going to be exciting.  So be sure to bookmark this spot and come back from 9 PM – 10 PM ET for our Ray Donovan recap.  While you wait for our recap make sure to head over and check out all our Ray Donovan news, recap, spoilers & more!

Ray Donovan begins tonight with two men riding around getting high when they stop outside Railhead Subs; they put on their hoods, load their guns and enter the restaurant from the back.

At home, Ray Donovan (Liev Schreiber) decides to go for a run as Smitty (Graham Rogers) wakes up beside Bridget Donovan (Kerris Dorsey). Mickey Donovan (Jon Voight) meets with the man, Marty who wrote the horrible review on his script. Mickey hands him money and asks him to change his coverage; Marty refuses, hands him more money and tells him to change his review saying everyone has a price tag. Mickey continues to slap Marty in the face the more he refuses.

Ray returns home, as he is washing his face, he flashes back to a moment in the shower with Abby (Paula Malcomson). Harriett (Jayne Taini) receives a call from Brendan “Bunchy” (Dash Mihok) informing her that he is “in” and just needs to go home and get the money; she is shocked he is paying for the storage place in cash; she tells him to get a cashier’s check.

Ray goes into the closet and removes everything that Abby had there and begins to box it all. As he tapes the boxes, he hears her voice and remembers them dressing for their first meeting with her Oncologist; she jokes about wearing all black and spandex but Ray stays confident saying he has a good feeling about it. After the memory he looks at the half empty closet and leaves.

Daryll (Pooch Hall) is begging Lena (Katharine Moennig) for help and he tells her he owes her big. He arrives at the security office where he is told what his father, Mickey was up to; Daryll bribes him with court side seats to the next game. Bunchy opens his safe and beings packing money into a bag; the nanny comes in and he says its just for a business deal bit she says its none of her business and leaves when he asks her to get some groceries for the house.

Terry (Eddie Marsan) sits with Damon (Dominique Columbus), showing him how to defeat his opponent and what their weak points are. He gives Terry attitude and says he’s got it. Damon leaves the room, shakes hands with a strange man and hands him an envelope; when Terry notices, he stops the TV demanding to know what that was. Damon says its nothing but when Terry pushes, he said that is his daddy who just got back in town a few days ago from prison.

Terry says his dad was not a good man and Damon should be careful as his success is starting, people come out of the woodwork. Damon just wants to study the tape and not go there about their fathers.

Ray brings all the boxes down, looking at the hole in the wall, and remembers when he was with Abby after their appointment, and he grabs her hand as they enter in the elevator. Ray tells Abby to wait in the garage, saying he forgot his parking ticket. The Oncologist tells him she will have 3-6 months and then pallitive care. He tells him he has to save her as she’s all he’s got. The Dr tells him to take a trip and spend time with the kids; Ray is furious.

Daryll tells Mickey he can’t go around slapping people in order to get his movie made. Mickey wants to read the script, but not right now. Daryll gets a call from Jay (Brian White) and tells Mickey they have to go on a little detour. Jay says he screwed up and shows Daryll what he did as Mickey continues to scribble on his script. Mickey sees Daryll run from the house vomiting in the bushes, admitting he has never seen anything like this and suggests they call Ray but Mickey says Ray has too much on his plate.

Jay wants to know who Mickey is, as they look on and see a body with a head further over on the floor. Jay says they were training for a movie. Mickey says its not a problem, and shockingly tells him he already cut his head off, meaning half the work is done. Mickey orders both Jay and Daryll to gather the supplies. Mickey picks up the samurai sword and begins to chop off his hands.

A customer comes in to order some food at the sub shop and the robbers take her wallet and bank card. Bunchy arrives with his bag full of money, but before going to the bank, he walks towards the sub shop and orders a sandwich. The second robber returns and pulls a gun on Bunchy saying he wants his cell phone and the bag.

Bunchy gives up his phone but fights for the bag, he is pulled into the back of the store where several other patrons are being held. Bunchy tells them they are dead but the knock him out.

At home, Ray finally patches up the hole in the wall, thinking about the drive home with Abby, who felt she was crazy from all the sounds she heard; now she knows she isn’t crazy, just dying. Ray talks to her, asking if she could go anywhere in the world, where would she go.

She says back in time and says she has to make it to Christmas, at least for the kids, so she doesn’t ruin it for them forever. He swears she will last longer than that and he orders her not to quit on him; they will find a doctor, someone who can fix this and she doesn’t get to quit and tells her to pick Italy or India. She demands his car keys, she returns with a baseball bat and begins to smash everything in the bar screaming at cancer.

Smitty and Bridget are in the bathtub together, drinking and getting high. He first says he loves her then takes it back because of his cancer. She tells him that her father covers up crimes for famous people and does crimes and knows a lot of powerful people. She warns him that her father can be dangerous if people don’t give him what he wants, suggesting her father made Smitty sick with meningitis before the surgery so he couldn’t get the surgery and her mom could take his place in the trial.

Jay is freaking out, worried Mickey doesn’t know what he is doing. Daryll tries to reassure him and when a police officer knocks on their window Daryll says he is studying the deep sea fishing for a new role; he even takes a photo with the cop. Daryll takes his phone and Jay fires him; Mickey knocks on the window and says they are good to go. Mickey tells Jay to come with him after Daryll says Jay wants to call his lawyer.

Bunchy and everyone is awoken when the owner of the sub shop arrives. Terry asks Damon to come for dinner but Damon declines saying his dad wants to meet up again. Terry asks if they will meet at home and he assures him he will.

Bunchy is freaking out begging the officers to help him, explains he had over a million dollars in his diaper bag; she is sarcastic with him but when he yells that she isn’t listening he is told to calm down and go to the ambulance to get looked over.

Meanwhile, Mickey takes Jay to the middle of the ocean and tells him to start tossing the concrete body parts. Mickey says his trainer was the professional who put the razor sharp weapon in his hand and he is to blame; throwing the sword down into the water. Jay does a prayer and Mickey says all will be well as its a huge ocean and a very tiny Sensei.

Ray goes to the door, told they need to talk about Sam Winslow (Susan Sarandon). Daryll, Mickey and Jay come back to Jay’s place and tells him to collect all the surveillance; Mickey says his services are not included with Daryll and hands him his script saying nothing happens without a star; Jay says this isn’t how things work and Mickey tells him to call his lawyer before he calls his son. Mickey takes the Sensei’s car, says this day never happened and they will be in touch.

Ray goes to see Sam, asking him if he is unreliable like Tom is? He wants to know he’s got on her. She says she drank along with another mother and around 4:30 on December 16th, the kids were in the back of the car and she was very drunk driving them. Tom arrived seeing her cuffed to the bed and made the situation disappear and Ansley’s death, her daughter, because a tragedy instead of a crime. She now knows Tom kept things to keep her in check and he says he will take care of it for her.

Terry tells Bunchy about Damon going out with his father, both still curious about his father being out of the picture. Bunchy talks about Teresa (Alyssa Diaz) performing wrestling all over the place; saying he has no luck, Terry says its the same for him.

Mickey arrives and wants a bottle of whiskey to share with 3 of his 4 boys to celebrate his new picture featuring Jay White. Frank comes to speak with Mickey privately, refusing to kill the guy for him. Frank threatens him that if he goes down he will take him and his son, Bunchy down; calling him a half-wit and would break before any of them. He gives Mickey one more chance tomorrow to get it done!

Bridget calls Smitty, admitting she screwed up and should have told him, asking him to call her back. A family leaves Ray’s house after a viewing; the real estate agent asks him if he wants to counter their offer and he tells her just to sell the damn place and drives off.