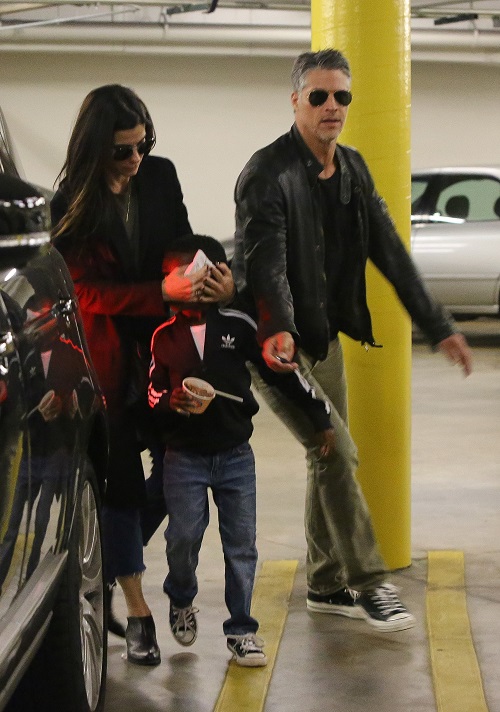 Sandra Bullock is normally private when it comes to her personal life. She does everything she can to shield her kids from the media spotlight and is tight-lipped about her romance with boyfriend of almost two years, Bryan Randall.

But the couple, along with Sandra’s adoptive children, Louis and Laila, were spotted recently at an amusement park and onlookers couldn’t help but notice how happy they appeared to be. Bryan certainly seemed like a doting dad while Laila was sitting atop his shoulders and he was enjoying the rides with the kids. Now many are speculating that Bryan may be “the one” and those close to Sandra claim he is an important part of Louis and Laila’s life.

Sandra met Bryan, a photographer, when she hired him to take pictures of Louis’ fifth birthday party. The attraction was immediate and the pair has been together ever sense. The pair usually keeps a low profile when it comes to their relationship, and besides a public double-date with fellow actress Jennifer Anniston and her husband, Justin Theroux, Sandra and Bryan seem to prefer spending time as a family with her kids. The duo are often pictured running errands or taking her kids to school. 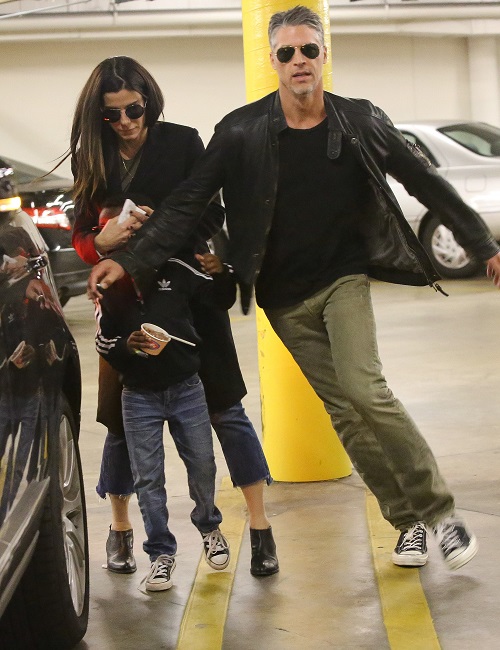 For many years Sandra was considered unlucky in love due to a string of failed romances with some of Hollywood’s leading men, including Ryan Gosling, ex-fiancée Tate Donovan, and Matthew McConaughey, all of whom she met while co-starring in films together. And no one can forget how devastated Sandra was when she found out her (then) husband, Monster Garage star and bad boy Jesse James was cheating on her.

It’s obvious that Sandra is head over heels in love with Bryan and he seems to have won over her friends and family, who were skeptical of him at first. Bryan is a recovering drug addict and alcoholic who has had run-ins with the law, including a DUI arrest in 1988, and an arrest for destroying a hotel room while drunk in 1990. He was also taken to court for failure to pay child support for his daughter, Skylar, whom he was estranged from for many years. 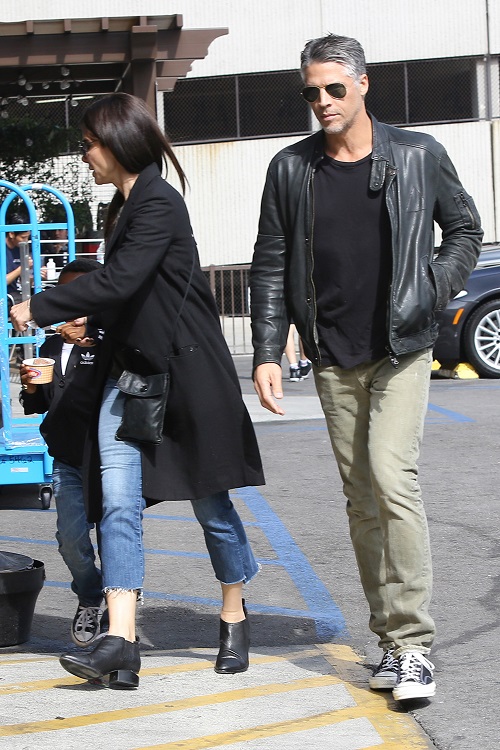 Bryan has since cleaned up his act and according to those close to the photographer, he has been sober for over 10 years and is now a loving dad to Skylar, who is now an adult. Now it appears that he has won the hearts of not only Sandra, but her children as well.

Check back with CDL for more Sandra Bullock news and updates here.