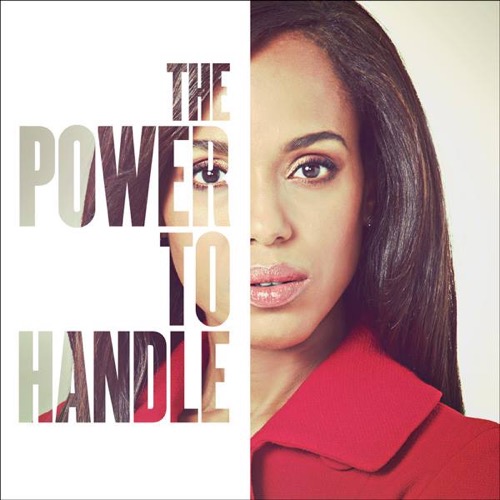 Tonight on ABC Scandal starring Kerry Washington continues with another exciting episode in an all new Thursday, October 5, season 7 episode 1 Premiere called, “Watch Me,” and we have the Scandal recap for you below. On tonight’s Scandal season 7 episode 1 as per the ABC synopsis, “In the seventh-season opener, Olivia must make a tough call to avoid an international incident 100 days into Mellie’s presidency. Meanwhile, Quinn Perkins and Associates struggle to find their first client.”

Tonight’s episode of Scandal kicks off Mellie Grant’s pregnancy going strong after she “came out swinging” at her first speech in front of Congress.  Mellie has promised to get a nearly impossible bill passed to make education free across the country and she has ruffled quite a few feathers.

Olivia Pope heads to work and begins meeting with members of Congress to try and secure votes for Mellie Grant’s bill.  Of course, Olivia Pope is ready to do whatever is necessary, including blackmailing Senators by threatening to expose their affairs.  She reminds the Senator that it is her world, and she can do whatever she wants, including passing a bill to secure free college.

Olivia meets with Mellie and Cyrus to discuss where they are on votes.  Cyrus is a little put off when he realizes that Olivia and Mellie are trying to push him out of the spotlight and Olivia is going to do the TV rounds.

Meanwhile across town the Gladiators are bickering, David isn’t keen about their new name, “Quinn Perkins & Associates.”  Before they can argue any further, their very first client marches in to the office.  She sits down with Quinn and explains that her father is overseas in Bashran and has been out of contact for two days.

Olivia meets up with her father for dinner, it’s not long before they begin bickering.  Rowan rants that he knows she is following his every move with cameras.  Olivia changes the subject and brings up the free education bill.  Rowan scoffs that Mellie is just Olivia’s puppet, she reminds him so much of himself.  Rowan warns her that her day of reckoning is coming and no matter how hard she tries, she can’t have it all.  Olivia snaps back, “watch me.”

The next day, Olivia begins the TV rounds promoting the education bill that she and Mellie are trying to push through.  The politicians aren’t taking it easy on her and neither is the media.

Quinn and her team get to work on their missing person’s case.  After reviewing some street cameras, Huck makes a shocking discovery, he’s convinced that their missing man is actually one of their own – a spy.  Quinn stops by Olivia’s apartment to have her look at the file.  Olivia takes the file from her and slams the door in her face and crawls back in bed with Jake.

Olivia heads to the office in the morning and gets back to work trying to secure votes.  Jake interrupts, he looked up Quinn’s missing man, and it turns out that Stewart is a CIA spy.  Apparently he has thwarted three terrorist attacks and is one of their best agents.  Olivia wants to brief Mellie Grant – but Jake won’t allow it.  He says that Stewart has been picked up by an enemy and if he talks, it will destroy them.  He wants to find Stewart and kill him before he talks.  Olivia is reluctant – she doesn’t want to give Jake the go-ahead, she needs to think about it.  Jake lets her know that is a horrible idea and they need to move quickly.

Cyrus meets up with  a Senator for coffee to try and secure her vote for the education bill.  She’s a Democrat, and she’s not too thrilled about Mellie stealing the Democrat initiative.  She reminds Cyrus that he is supposed to be a Democrat, and he’s a Liberal dream.  The Presidency could still be his in four years, and he should save the bill for himself.  Cyrus is obviously taken aback, but seems to be taking what she said in to consideration.

Huck knows something is up, he pays Olivia a visit – he knows that they are going to have to kill Stewart before he talks.  Huck tells Olivia that if she is going to kill Stewart, she needs to get them a body, because his daughter deserves to have a funeral for him.

The next morning Jake arrives to work, and he’s furious when he learns that Mellie and Olivia have decided to rescue Stewart and bring him home alive.  Again he tries to convince Olivia to pull the plug and kill Stewart to keep him quiet.  She refuses and orders him to bring Stewart home…alive…now.

Olivia calls Cyrus in to her office and wants to know how his meeting with the Senator went, Cyrus says he’s working on it.  Then, Olivia orders him to meet with the Rangerettes.  Cyrus is offended – it’s clear that he is not happy about the way that Olivia has been treating him.

Mellie meets with the Ambassador of Bashran and presses him about their asset Stewart.  He plays coy, and seems to deny knowing anything about CIA Agent Stewart.  Meanwhile, Jake continues to put pressure on Olivia to pull the trigger and give him permission to have Stewart killed.  He warns her that she is out of time and it has been 72 hours, if Stewart is being tortured, then he is going to start talking any minute now.

Mellie bumps in to Cyrus at the Rangerettes meeting – she thanks him for all of his hardwork on the education bill and confesses that she looks at him as a true friend now.

Olivia heads to Mellie’s office, and is not happy when she sees Jake beat her there.  Jake went behind Olivia’s back and convinced her to send out a team to kill Stewart rather than rescue him.  Olivia is not a happy camper.  She takes matters in to her own hands.  She meets with the Bashran ambassador, she has Huck with a sniper gun trained on the ambassador’s son.  The ambassador folds and agrees to hand over Stewart in exchange for sparing his son’s life.  There’s nothing a little blackmail can’t fix.

Olivia interrupts Jake and Mellie, who have a team on the ground seconds away from killing Stewart.  Mellie gets on the phone and is shocked when she learns that Stewart was just handed over to the Americans…unharmed.  Mellie is thrilled by the news, but Jake knows that something is up.

Cyrus was apparently moved by Mellie’s kind words.  He meets with the Senator again and squashes her plans to wait four years so that the Democrats could get credit for the education bill.  He accuses her of being morally bankrupt and shouts that America deserves this win.

Later that night, Jake shows up at Olivia’s door – she puts him in his place.  She made a mistake, she should never have let him back in her bed because he got too comfortable and over-stepped.  She kicks him out and tells him to go home to his wife and not come back.

The next day, Olivia and Mellie have a heated showdown in the Oval Office.  Mellie is not happy that Olivia went behind her back.  Olivia Pope snaps and delivers one of her iconic speeches, she promises to make Mellie a monument as long as she doesn’t let the men come between them again.