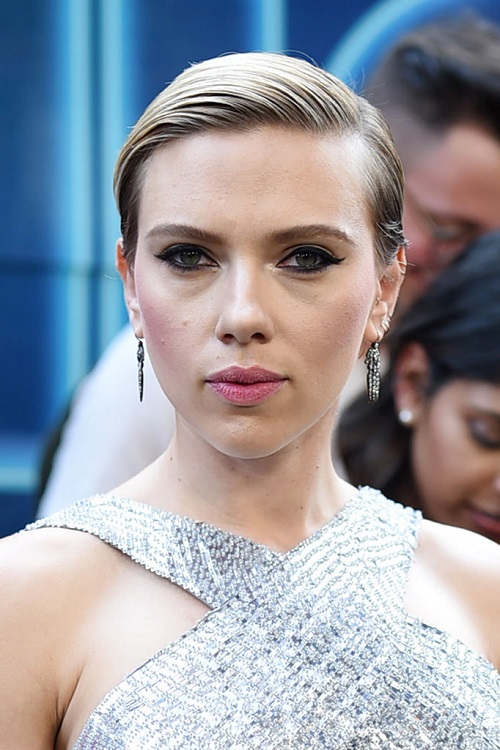 Scarlett Johansson was spotted making out with SNL Weekend Update host Colin Jost at the SNL after-party. Now it looks like she’s moved on with her lawyer? The actress filed for divorce from husband Romain Dauriac months ago. It looks like she’s playing the field and dating her way around Hollywood. Scarlett Johansson was spotted holding hands with celebrity lawyer Kevin Yorn. The couple were having dinner at Scalinatella in New York City on Saturday night.

Scarlett Johansson was photographed in a black pinstripe dress with a black cardigan sweater. She finished off her look with retro eyeglasses and black heeled sandals. Kevin Yorn wore a denim shirt with dark pants, which he paired with a blue beret and lace-up shoes. The two were seen holding hands and talking on the streets of New York City. The couple was out on a date night. According to Kevin Yorn’s LinkedIn profile, Scarlett Johansson is one of his celebrity clients. He also reps Ellen DeGeneres, Zoe Saldana, and Zach Galifianakis.

According to PEOPLE, Kevin Yorn was a criminal investigator before he worked with the entertainment industry. He dipped his toe in the law field at the L.A. County D.A.’s office, where he worked in the Hardcore Gang Investigations Unit. One of Yorn’s brother’s is Pete Yorn, who collaborated with Scarlett Johansson on a music project back in 2009. His other brother, Rick, is Johansson’s manager. 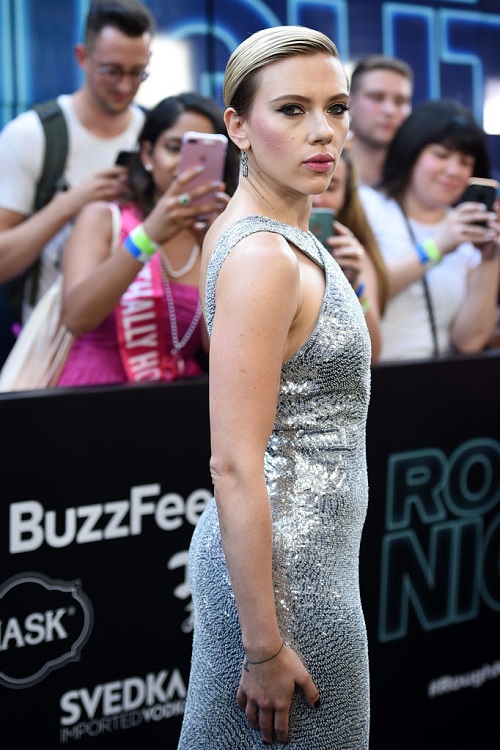 Daily Mail revealed that the couple looked “relaxed” and “content” during their outing. They laughed and smile as they enjoyed their walk into the night. At one point, Scarlett Johansson removed her cardigan to show off her shoulders. Their dinner looked to be “romantic,” an insider told Page Six. The snitch told the outlet that Johansson and Yorn were “touching” and “holding hands” during their meal, but “there was no kissing.”

Scarlett Johansson enjoyed a plate of linguine while Kevin Yorn had a Dover sole. Page Six directly contacted Yorn about his hand-holding photos with the actress. He told the outlet that he “didn’t know anything” about the photos and hung up on them. Johansson was previously linked to Weekend Update comic Colin Jost at a SNL party. The two were last seen having dinner at the Upper East side restaurant on June 10.

During their dinner, Scarlett Johansson was seen holding hands with Colin Jost, according to an insider. They had a “chill” dinner that included drinks. It looks like Johansson is playing the field and enjoying the single life rather than tying herself down to one man. What are your thoughts, CDL readers? Sound off below in the comments section and check back with CDL for more Scarlett Johansson news and updates.