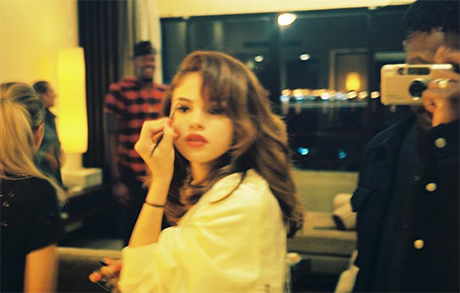 Selena Gomez is back, and apparently she’s more controversial than ever. After spending several months under the radar, the singer and actress surprised when a nearly naked photo of herself was shared social media. Last summer, Selena checked herself into rehab after having a bizarre on stage meltdown during a performance in Indonesia. She spent three months in rehab but her close friends and family members are worried that she might not have gotten the help she needs.

In the photo, all Selena’s wearing is a bed sheet draped around the front part of her body and a nude-colored thong. She’s giving the camera a sultry look with an assistant snapping the photo from behind her. The caption read, “Beauty and the Beast.”

This of course comes right after reports indicating that she is dating chart topper The Weeknd. Selena and The Weeknd were spotted getting rather up close and personal after a dinner date in Santa Monica, California this week. One eyewitness even told Entertainment Tonight, “They were hugging, kissing, and being super affectionate. Selena was all over him — hugging him, kissing him. She looked amazing and so incredibly happy and in love.”

Many of Selena Gomez’s close friends are worried that she might be going out of control again. After all, she just spent the last three months in rehab for her anxiety and depression issues. Should she be sharing topless photos of herself on social media? Or starting a new romance so soon? That’s what a lot of her fans can’t help but wonder. The Weeknd just broke up with his long-term ex-girlfriend Bella Hadid. The last thing they want to see her is back in rehab or with a broken heart again. 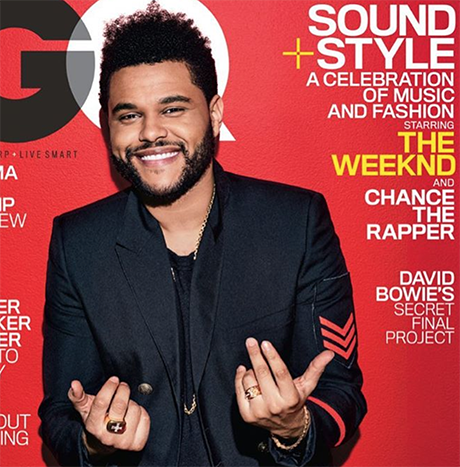 Do you think Selena Gomez is out of control? Is she trying to send a message here? No one knows for sure. Of course, the only person who knows what is really going on behind closed doors is Selena herself. Several months ago she said she wants to take a break from her career and the spotlight, but that clearly isn’t the case.

Drop us a line with your thoughts in our comments section below. Also, don’t forget to come back with CDL for all the latest news and updates on Selena Gomez here!