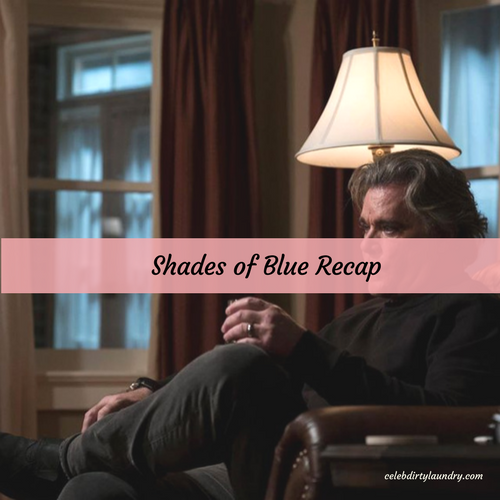 Shades of Blue airs on NBC tonight with an all new Sunday, April 30, season 2 episode 9 called, “Chaos Is Come Again,” and we have your weekly Shades Of Blue recap below. On tonight’s Shades of Blue season 2 episode 9 as per the ABC synopsis, “Harlee (Jennifer Lopez) learns that someone is texting Cristina as her dead ex, Miguel; the case of a missing kid leads Wozniak (Ray Liotta) to a local dealer who uses underage mules, which reminds Loman of what their unit is all about; and the crew gets caught in an ambush.”

A neighborhood kid went missing. But the child’s mother had gone to Loman and had asked that he looked into her son’s disappearance off the books. She said that she was part of Quince’s crew and that her son might have gotten taken out of retaliation however, she didn’t want Quince to know that she went to the police. She said that Quince would kill both her and her son if he ever found out that she had asked the NYPD for help. So she wanted Loman and the others to look for her son without anyone knowing.

However, Woz had been skeptical about the woman’s story. He said he had never heard of this “Quince” and that the woman could be making up the whole story as part of some trap. So Woz didn’t think they should take on the case and Loman had had to convince him. Loman had said the missing child was nine years old and that he could be in real trouble so that had made Woz reconsider abandoning the case yet he had told Loman that he should get Tufo to help because he thought Tufo would get a better understanding of the situation.

So Loman had gone to Tufo and Tufo had tried to remind him as well as Woz that he turned in his badge, but Tufo eventually came around when he too heard about the situation and so he agreed to help. He went with Loman to the child’s school and they had asked around. Yet, Tufo was the one that had gotten the first hint about the kid’s whereabouts. He had apparently talked to some of the kid’s friends and he had found out that Adrian had told his friends that he had something important to do which was why he skipped school. And so that begged the question of what?

What was so important that the kid felt he had to leave school? But while Tufo and Loman was pondering that, Woz had had to leave them in the lurch. He had gotten a call from Harlee about Caddie and unfortunately, the news hadn’t been good. Woz found out that Caddie had overdosed and he like Harlee didn’t know if it was accidental or a set-up. So Woz had asked Harlee about what was going on and Harlee had finally told him the full truth. She told him that she killed Miguel and that she thinks Stahl was coming after her.

Stahl had seemingly been impersonating Miguel to fool Cristina into revealing information about her mother. So he had found a way to push himself into Cristina’s life and that was something that Harlee couldn’t forgive. She thought that Stahl was fishing for information and she hated that he was using her daughter. Yet, Harlee thought the only way to stop Stahl was to kill him and so she had tried to do so though Woz had told her she shouldn’t. He said that she shouldn’t throw her whole life away on petty revenge – at least not right now.

Woz thought they could get revenge but that they should wait for the opportune moment because Stahl might see them coming. So Woz had thought he talked down Harlee because he felt it was safe enough continue investigating Adrian’s disappearance and so he later found out where Adrian had gone off to. The little boy had gone to the park to play chess and he had had several bags of fentanyl on him that Quince had apparently asked him to watch. And so the child had gone to a safe place because he had been scared about turning into a drug mule for Quince.

But Woz had told Adrian that he would take care of things. So he called Adrian’s mother to come and pick up Adrian though he then got to work with the others about taking down this Quince. Quince had apparently been the guy that was selling drugs right under their radar and so they wanted to get him off the streets only they had to do it carefully because of Tufo’s brother. Tufo’s brother had somehow gotten involved with Quince and so Woz had to figure out a way not to put Tufo’s brother back in jail.

So Woz’s eventual plan was to get catch Quince red-handed. Though something happened that no one was expecting. Loman had gone back to the office to clear up a few things with Woz’s son. He had unfortunately told Nate everything and so he saw the light when Tess made him realize that he wasn’t any better than the criminals. So Loman had wanted Nate to erase the interview and he had told the other man why without knowing that Detective Verco was listening in on their conversation.

Now Verco didn’t hear any of the incriminating stuff, but he had heard that they were going to take down Quince and so he made sure to be there as it happened. So he showed up for the meet and he had seen the guys get a little out of hand with Quince by beating him up. However, Verco made sure to take pictures of everything and he was planning on use those pictures against the crew even if he did catch them merely beating up a drug dealer. And so the crew were in trouble and unfortunately they didn’t know it.

They just everything was fine and more importantly the bust had brought them all back together. Tufo had seen how Woz protected him and his brother so he reconsidered his early retirement however a party at Woz’s house had been an unexpected surprise. The gang had all gotten back together and Harlee had handled her own problem without killing Stahl. She just revealed to his boss that Stahl had been grooming her daughter without her knowledge and that got him a disciplinary meeting. But while everything thought they were fine, Nate came over.

Nate had finally realized why he could never make his father love him as much as he loved his sister. So he confronted his father about his father’s affair with men and Woz had told him that if he ever mentioned it again that he would no longer speak to him. However, right as Nate was getting snarky with his father, someone had shot up the house and Nate had gotten hit. And so a brutal ambush had left Nate’s life hanging in the balance and now the whole crew it out for revenge for what happened.

And Stahl now had nothing holding back from digging up a certain person’s grave.