BY Sarah Luoma on July 10, 2017 | Comments: Leave Comments
Related : Reality TV, Recap, So You Think You Can Dance, Television, TV 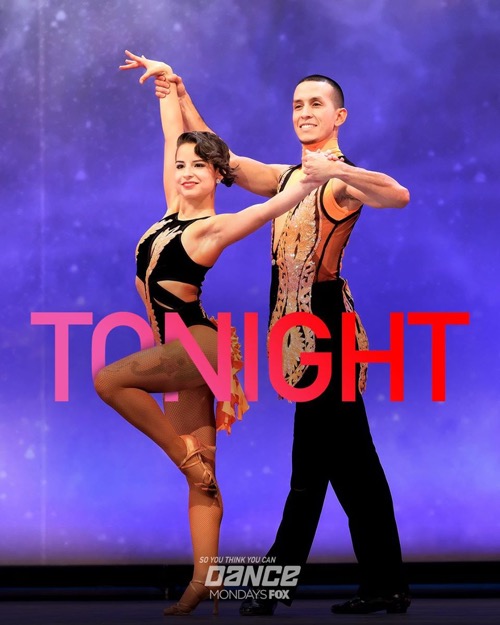 Tonight on FOX their Emmy-Award Winning So You Think You Can Dance premieres with an all-new Monday, July 10, 2017, season 14 episode 4 episode and we have your SYTYCD recap below!  On tonight’s So You Think You Can Dance season 14 episode 4 called “New York Auditions #2” as per the FOX synopsis, “The New York auditions continue as the judges search for the best dancers in the nation. Find out which dancers have what it takes to move on to “The Academy” callback rounds.”

The New York auditions continue as Nigel, Vanessa and Mary search for the best dancers. Magda and Kiki from New Jersey plan to perform the cha cha. They are soul mates in dance who have been performing together for 8 years. The pair nail it and are headed to the Academy. A number of ballroom dancers make it to through.

Zachary from New Jersey will audition again. He auditioned back in Season 12. He is confident he will show them what he has this time around. His contemporary piece gets a standing ovation. Mary thinks he commands attention. Vanessa thinks the fire in his performance was great. Nigel thought it was beautiful. He is headed to the Academy!

Ramita will perform an Indian dance with a mix of classic and contemporary. Nigel loved it. He thought it was uplifting. Vanessa wants her hands. Mary loved the routine. They send her to choreography.

Peter from New York has been dancing for a short time. He isn’t afraid to try anything. After performing kart wheels and flips shirtless, the judges give him an A for effort.

After watching her mother battle breast cancer, a teen girl takes the stage to perform a contemporary dance. Mary loved it. She tells her academy. Nigel isn’t so sure, but Vanessa is thrilled. She sent her to the academy.

Several contestants who have been on the show before return to try again. Romainson from New Jersey has come back to make it to the academy. Since he was here last he lost his cousin Marvin. This time he is determined to succeed to honor his cousin. Vanessa and Nigel see his sadness. Mary sees that he wants it bad. They send him to choreography.

Marc from Queens is ready to bring his game. He hits the stage with energy and spunk. Vanessa thinks he needs to work on technique. Nigel and Mary give him a no.

Claire from New York has been waiting for 6 hours and she is ready to go! She is a ballet dancer. She enters the stage and shows her turns and technique. Vanessa is excited for her. Mary thinks she has a grace and elegance. Nigel also thought she was great. She has made it to the academy.

Lex from California has been dancing since he was a kid. He will perform an improve routine. He hits the stage and blows the judges’ minds. Mary loved him. Nigel has never seen some of his moves. Vanessa is impressed. He heads to the academy.

The dancers who were sent to choreography come back out to perform. Romainson lands a spot and is headed to the Academy after he impresses Nigel and Mary.