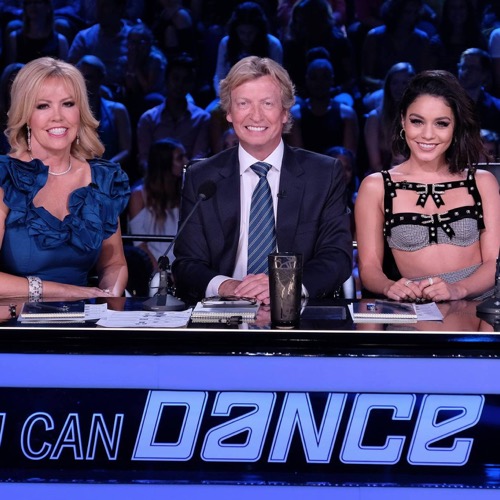 Tonight on FOX their Emmy-Award Winning So You Think You Can Dance premieres with an all-new Monday, August 14, 2017, season 14 episode 10 episode and we have your SYTYCD recap below!  On tonight’s So You Think You Can Dance season 14 episode 10 called “Each dancer has another opportunity to impress the judges and fight for the nation’s vote before one must say goodbye.”

It is down to the Top 9 dancers tonight in a 2-hour live episode. It’s down to Taylor, Mark, Sydney, Logan, Koine, Lex, Kaylee, Kiki, and Dassy. The Top 9 will perform a duet with their All-Star teammate and perform a solo.

The show opens with a group hip-hop dance.  After falling into the bottom 3, Logan is ready to turn things around with Allison. This week they will be doing a jive. The theme is all about WW2 and a soldier looking for his lost love. Logan is excited to show another side to himself. They take the stage. The crowd goes wild. Mary thought Logan looked shocked, but he brought it all to the table. Nigel thinks he has really brought it back this week. Vanessa thought Logan was a rock star, showing his personality. Kaylee takes the stage to perform her solo in all black. She gets a round of applause.

Sydney performs her solo. With white bra top and funky red pants, she steams up the stage. Marko and Koine are happy about their performance last week. This week, they will do hip-hop. She is ready to get down. The theme of the dance is Koine as a pageant girl who finds a friend. She is trying to pop the best she can. The lights come up with Koine dressed in a crown with mascara running down her face. They nail their performance and get a standing ovation. Nigel thinks Koine was a wild animal. He loved it. Vanessa thought they were great. Mary gets super excited. Koine went gangsta! And their chemistry was crazy.

Dassy and Fik-Shun have chosen to do jazz this week. Dassy needs to be sexier this week! They take the stage. Dassy is rocking thigh-high boots and a fur vest with a biker hat. The two have insane chemistry. Vanessa gives credit to choreographer Ray Leeper for turning Dassy sexy. Mary thinks they showed the sex appeal and confidence. Nigel thought they were naughty. He won’t sleep tonight. They were clean in their routine. Kiki dances his brief solo to Love Potion #9.

Comfort and Mark will be performing a contemporary piece. Their choreographer Talia is pushing them to the limit being that they are both hip-hop dancers. They take the stage as lovers who are saying goodbye. Mary thought their dance was special and very believable. Nigel loves that Comfort immerses herself in her character. He loves that Mark is willing to do anything/everything he is asked to do. Vanessa thought they shined. They were both vulnerable and raw.  Taylor rakes the stage in all black to show off her talent. The crowd loves it.

Mattie Ziegler comes back for a special guest appearance. She is here to talk about an animated movie she has starred in. She plays a snobby ballerina in Leap. Cat gives the audience a sneak peek at the movie.

The All-Stars perform a special piece from choreographer Travis Wall.

Gaby and Lex show their week of rehearsals. It’s a flirty piece between the two that is all about Broadway. They hit the stage to dance to a peppy Bette Midler song. With lots of jumps and spins, the crowd goes wild. The judges rise to their feet. Nigel loved it! It was tremendous. Vanessa loved his body control. Mary thinks he danced his patutty off! It was crazy. It was one great moment after another!

The Top 9 dancers take the stage to perform together.

Cyrus and Kaylee will perform a jazz number after having a successful week last Monday. Kaylee is excited to discover new parts of herself. They dance with bowler hats, a hard feat. Mary loved their hat tricks. Nigel thought Kaylee eclipsed Cyrus. Vanessa loved her control, her character, it was so incredible. Mark is up next with his solo. He dances to Ed Sheeran and kills it with some serious break dancing moves.

Taylor and Robert will perform their duet. Last week, they were shocked by what Nigel said. This week they will do a ballroom piece. Taylor’s goal is to be sexy, an animal! Nigel loved the routine. But he would have loved to see them with more chemistry. Vanessa agreed. Mary thought she had some moments that were great. They could have had more chemistry, but for the first time doing Samba they did great.

Dassy begins her solo. Lots of popping and the audience love it.

Lex performs his solo with plenty of impressive flexibility. Cat is in love.

Kiki and Jenna will show a different side of themselves with a contemporary piece. Kiki is ready to show off some sexy. He is having flexibility issues but is determined to give his all. They take the stage and show off a softer side to oohs and aahs from the audience. Vanessa has the giggles. She is emotional. It was beautiful, she loved it. Mary agrees. She gets choked up. It was magical! Nigel can’t believe have far Kiki has come. He is a star tonight. Nigel wants to know if they really kissed at the end of their routine. They both smile and laugh, but stay mum!

Cat calls up all the dancers. The bottom 3 tonight is Dassy, Mark and Sydney. Nigel declares Mark safe, but bids farewell to Sydney. Dassy is sticking around!