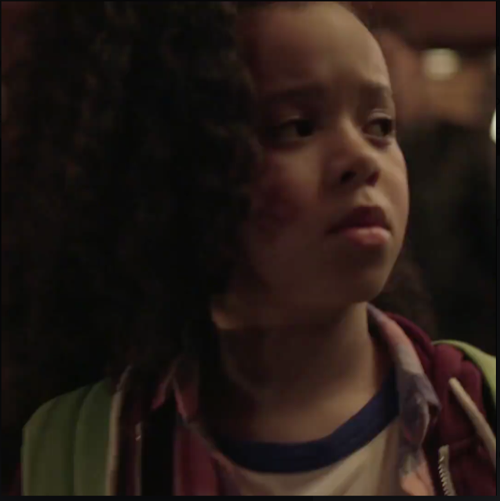 Tonight on ABC their new crime drama Somewhere Between premieres with an all new Tuesday, July 25, 2017, episode and we have your Somewhere Between recap below.  On tonight’s Somewhere Between season 1 episode 5 “2.0,” as per the ABC synopsis, “Laura teams up with an ex-cop named Nico, and together they search for the serial killer’s next victim.”

So make sure to come back between 9 PM – 10 PM for our Somewhere Between recap.  While you wait for our recap make sure to check out all our television recaps, news, photos, spoilers, videos and more, right here!

Tonight’s Somewhere Between episode begins now – Refresh Page often to get the most current updates!

Somewhere Between begins tonight with Nico Jackson (Devon Sawa) struggling to free himself from the concrete blocks tied to his feet to rescue Laura Price (Paula Patton) from drowning. He drags her to the surface and as he digs the rocks out of her pocket and recognizes her, he runs along the shore for a boater to call 9-11; when he returns Laura is gone, he looks at his watch and realizes he missed his brother’s execution.

At home, Laura writes her husband Tom (JR Bourne) a letter, explaining her premonition and that she is taking their daughter, Serena (Aria Birch) to Hawaii. While she explains to Serena it is only going to be the two of them this trip, she stuffs the clothes Serena was wearing the night she died into a bag and throws them out. She notices a bruise on her wrist, walking back into the house she sees the news and tells her daughter they need to go right now.

Nico returns to Anya’s house and attacks her husband for attempting to kill him 3 hours earlier. He leaves telling him if he wants to make his wife happy to start laying off the garlic. Laura goes to the police station and tells Sarneau (Samantha Ferris) her suspicions but she feels they have nothing to go on to put officers at the clubs to catch the serial killer; she reveals the killer is a trophy collector and when she mentions the sapphire ring, the officer tells her as a material witness she may be compelled to reveal her source. Laura scoffs mentioning that her husband is the DA and asks how she will feel if there is a dead girl tomorrow in a t-shirt with a skull.

Nico tries to get Inspector Glenn ‘Cupcake’ Kupner (Daniel Bacon) to check up on Laura Price but realizes he doesn’t have to when he sees her in the police station. Laura is shocked to learn that Nico saved her; she has a flashback to what the mysterious tea lady had said to her about nothing being a coincidence.

Serena rushes out and hugs him which causes him to remember Serena had died. Laura demands to know what he knows and reveals this happened to her too; she thanks him for helping her get back to her daughter. Laura and Serena’s flight leaves for Hawaii; her husband, Tom is concerned when neither him nor her office can reach her and asks her to call him the second she gets the message. While Laura sleeps the flight attendant offers Serena some ice cream and cookies.

Nico returns to his office and lays down on the couch, only to be interrupted by his mother, Grace (Catherine Barroll) and his niece Ruby (Imogan Tear), just like it happened before. Nico is confused about what is happening, even getting flashbacks to the same moment from before. Nico asks his mother what day it is and she thinks he is just too drunk to recall the date and leaves in a huff.

Jenny (Carmel Amit) comes into the office and when Nico looks at her phone he is utterly shocked. Laura wakes up in a panic while Serena struggles to breathe; she is having an allergic reaction to whatever she ate and a doctor on the plane says they need to turn back immediately.

Tom is about to speak to some protesters when he gets a message from Laura; he rushes to the hospital where Laura tries to explain what she was doing. He is not happy that she felt she needed to sneak out of the state and asks if he needs to put her on the “no fly” list?

Nico and Jenny sit at a bar where he keeps explaining this isn’t deja vu; she says its not like he hasn’t blacked out and woken up with days missing. Meanwhile, Laura lays in bed cuddling with Serena promising she will catch the killer herself and she is going to live regardless of whoever has to die, even if its her.

The next morning, Laura tells Tom she has a mess to clean up at work and she will be back later; asking him to check up Serena. He is concerned that something is going on with her, he reminds her he loves her and she can tell him anything. She hugs and kisses him before she hurries off, promising to call him.

Laura drives to a burnt down home, she walks inside and asks how she is supposed to do this and how does she fight. Among the items on the floor, she finds the photo that Serena commented on, when she unfolds the picture she finds there is also a man in it. Grace Jackson continues to plea her son’s case with the Governor who refuses to entertain her. She says he is the only one who can save her son.

After a little research, Laura finds out the woman’s daughter was Susanna Spencer (Hilary Jardine), the fiance of Nico Jackson and Danny Jackson is his brother who her husband put on death row but lost his job due to reckless behavior.

Laura comes to Nico’s office, wakes him up and says she needs him telling him the man who has been doing all the killing in the city is going to kill her little girl tomorrow. She needs his help in catching him as its the only way to save Serena. He tells her that she knows the when and where so she can just keep Serena inside and protect her. She says you can’t run, you have to fight! She shows him the photo of the mysterious woman and what she said about the water.

Nico jumps up at the photo, saying that is Marjorie and asks how she knows her. He says he cannot do this but she protests that he is going to kill someone else tonight and they need to stop him. She tells him about the witness who saw the victim at the club earlier; she insists she doesn’t believe in any force or power but something brought them together.

Nico put his head in his hands and says there is no way this could be happening. She knows this is happening to her, so she can save her daughter and there is a reason this happened to him too – he says its his brother. He agrees to meet her later that night, she hugs him in gratitude.

There is a knock at the Price’s door, when he opens it someone hands him the bag that Laura had thrown in the trash thinking it was thrown out by mistake. Tom thanks him, wondering how it ended up in the garbage. Serena is talking to Ruby on her computer, but pretends to be sleeping when her dad comes in, he kisses her and hangs the clothing back up and puts the shoes back in her closet.

Laura goes to a gun and ammo shop while Nico goes to visit his brother, Danny (Noel Johansen) in prison. Danny is thrilled to see him but wants to know why he came now and not before. Nico vows to try and stop him from being executed; their visit is cut short when the facility is placed on lock down. Nico tells him he will come back.

Nico asks the guard for his cellphone when he sees it is 5 minutes to 11, as Laura messages him saying she isn’t waiting for him. She declines a call from Tom who says Serena is sleeping and asks her to call him. Tom calls Laura’s work and learns she didn’t go into work.

After wandering through the first club, Laura stands outside the second one and sees the dumpster the victim was found in. She quickly scopes the club and spots a man who looks very similar to the sketch she has seen of the killer; she reaches into her pocket and walks towards him but before she can do anything, someone covers her mouth and pulls her away.

Nico says he is saving her but she feels she doesn’t need saving and shows him she isn’t stupid and bought a stun gun. He asks why she is making this so hard, they should just wait in the alley by the dumpster until the killer shows up. She runs after the man and tasers him before he could reach the girl; Nico stops her saying he isn’t the killer but someone he went to the academy with.

He reveals his badge and says he was there to warn the girl after someone tipped him off; the men chase after the girl while Laura stays in the alleyway. She suddenly realizes she is in the wrong alley and runs off to another club named “Pain Room”, while she is in the rest room, she ignores another call from Tom and finds the woman she is looking for.

She tries to contact Nico who steals someone’s ride to chase the woman he thinks is the victim; the woman’s boyfriend knocks him off the bike excusing himself when the phone rings again. Laura inform shim he is following the wrong girl and she found the right one but lost her. The man orders Nico to put the phone down and as he does, Laura is attacked from behind, unable to use her stun gun.

In the alleyway the girl in the skull shirt is bound in tape; the killer demands to know how Laura knew where he was going to be. He attempts to slit her throat but she bites his hand. Nico pretends to cry saying he was following the girl because she reminded him of his girl who died last year, when the man is distracted he shoves him and takes off with the motorcycle.

Nico hops off the bike and it knocks the man over after Laura uses the laser pen from Serena to stab him.; a physical fight ensues between Nico and the killer, but when Nico is knocked down the killer escapes. Nico says she saved the girl and admits he found her because he placed a tracker on her. Laura says she had to get the killer, Nico helps her up. The girl finds an officer and begs for his help until she sees he is bleeding from the stomach.

Serena suddenly wakes up in her dad’s arms; he lies that Laura had to go to work in the middle of the night and tells her to go back to sleep. Nico and Laura wander down another alleyway and find the girl in the skill shirt dead under some cardboard, clearly meaning they didn’t change anything.