Tamar Braxton had dreams to win a Grammy one day. That won’t happen since she just said she’s serious about retiring. This isn’t a joke. She told Entertainment Tonight that she wants to focus on other projects. She also wants to focus on her marriage with Vince Herbert. Tamar Braxton hinted that she wants to remove the “stress and problems” of their marriage. She had to make an ultimatum. She had to choose her music career or her marriage.

Vincent Herbert and Tamar Braxton have worked together. She said that it’s been “hard” on them, but they’re committed to make it work. She also calls him her “baby daddy” and her “best friend.” They’re used to working together and fighting together. Tamar Braxton will release her last album, Bluebird of Happiness, on Sept. 29. She still plans to write songs for other artists. She revealed that she’s “nervous and excited” to release her final album, which she calls “transparent, real and unapologetic.” 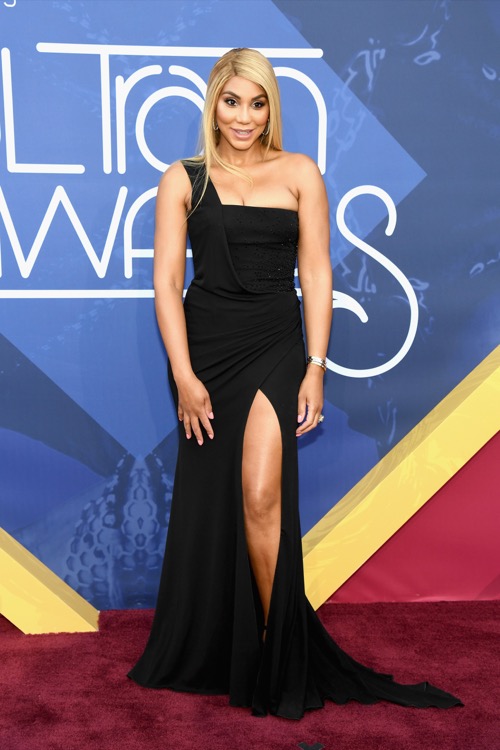 Tamar Braxton is said to address the infidelity reports and family drama on the record. She also addresses the time when her father allegedly cheated on her mom since she was 11 years old. Tamar Braxton has gone through a lot of pain and she wants to address it all on this record. She says that singing about her issues is just her “stripping down and being real.” She knew she wanted to sing about these issues.

She got the name of her album from an old tale about a bluebird who wants to find a new life. The bird travels around the world looking for something better, only to find itself back at home. Tamar Braxton exclaims it’s the same journey she went on before she worked on this album. She’s learning herself all over again. She claims she’s “evolved.” Some tracks on the album may address Tamar Braxton and Vince’s marriage, and she claims he’s fine with it.

This is probably Tamar Braxton’s most intimate album yet. The 40-year-old says she might have more kids once she wraps up her Bluebird of Happiness era following the Great Xscape Tour. After the tour ends, she may return to daytime TV. She’s hoping to host her own talk show.