Taylor Swift and Karlie Kloss Not Talking Anymore: Kendall Jenner Gets In The Way 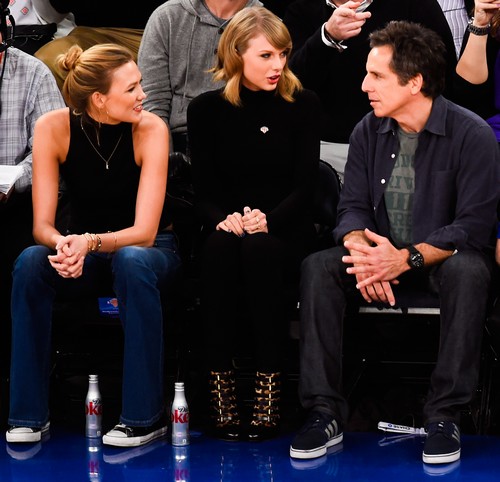 Karlie Kloss and Taylor Swift were celebrity BFFs. Karlie Kloss was one of the few genuine friends that the singer had in her life. Taylor Swift broke tradition this year when she decided not to have her annual Fourth of July party. She didn’t invite of her famous squad to her Rhode Island mansion.

Though she has the patriotic inflatable slide sitting outside her mansion, she wasn’t seen sliding down in it. Instead, she wants to be more private when it comes to her relationships and friendships. Fans think Karlie Kloss threw shade at Taylor Swift in her latest Instagram post.

Last year, Taylor Swift’s Fourth of July party took place at her Rhode Island mansion. No one will ever forget when ex-boyfriend Tom Hiddleston wore an “I Heart T.S.” tank top to cover up his pasty skin and dad bod. Taylor Swift’s fans hoped to get a glimpse of the singer and her new boyfriend Joe Alwyn with her model squad. They were left disappointed this year. Sources told PEOPLE that Swift is very protective of her new relationship. 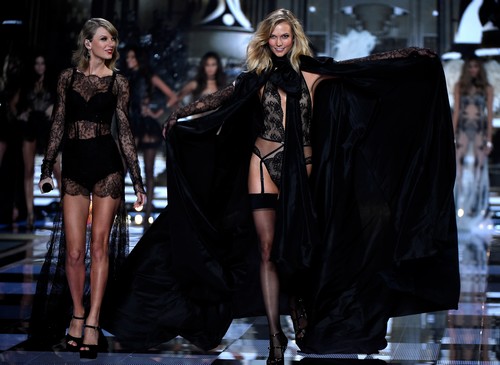 Meanwhile, Karlie Kloss was seen hanging out with Kendall Jenner over the holiday weekend. Everyone knows that Taylor Swift and Kendall Jenner have some bad blood with one another. They both dated Harry Styles. Though Swift invited Jenner onstage at her 1989 World Tour, it’s not like the two are exactly besties. Plus, Kendall Jenner was in the middle of Swift’s feud with Kanye West and Kim Kardashian. Some would assume that Kloss would stay away from Jenner in sake of being Swift’s best friend.

It’s obvious that the two models are going to mingle. Kendall Jenner and Karlie Kloss run in the same circles. Jenner is a member of the Kardashian-Jenner clan. Kloss is a part of Swift’s model squad. Jenner and Kloss weren’t photographed together since Kimye’s feud with Taylor Swift. The two made an appearance at the Vogue Paris Foundation Gala looking extremely close. Karlie shared the photo of the two, which was taken from fellow squad member Cara Delevingne.

Around this time last year, Kloss and Swift were seen laughing and having fun on her slide. Maybe Karlie Kloss is finally free from Taylor Swift’s squad after all. To add fuel to the fire, Swift’s other BFF Cara Delevingne met up with Katy Perry in Paris.

Due to Swift’s rift with the Kardashian clan, many fans on Twitter think Kloss’ photo with Jenner is the ultimate betrayal. What are your thoughts? Sound off below in the comments section and come back to CDL for all your Taylor Swift news.