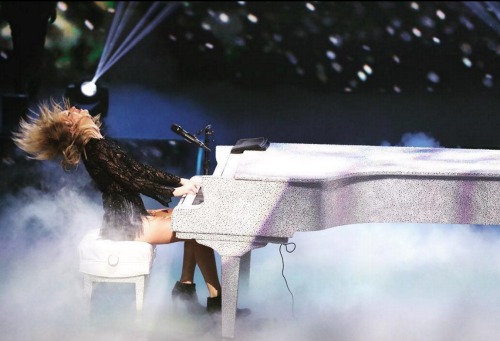 Everyone knows that Taylor Swift is not over her feud with Katy Perry. Though reports surfaced claiming that she wants to move on, it seems like she’s still holding a grudge. Katy Perry’s big night was at midnight on Friday, June 9 since she was dropping her new album, Witness. Taylor Swift wasn’t going to let Katy Perry have her big moment. She decided to drop her entire music catalog on Spotify.

As of midnight, Taylor Swift’s entire music catalogue was once again available on Amazon Music, Google Play, and Spotify. She pulled her catalogue back from freemium streaming services in 2014 shortly before the release of her album 1989. She then wrote an open letter to Apple Music on her Tumblr blog accusing the service of not paying artists during the three-month free trial period. Of course, she won them over and the rest is history.

Taylor Swift is preparing for her return to music. She’s been secretly recording new music in Nashville and may drop a new album by the end of the year. Now, Taylor Swift has decided to release her entire music catalogue on Spotify – on the very same day as Katy Perry’s new album, Witness. It’s been rumored that Swift’s song “Bad Blood” is about their feud, which is supposedly over backup dancers, not their shared past with John Mayer. 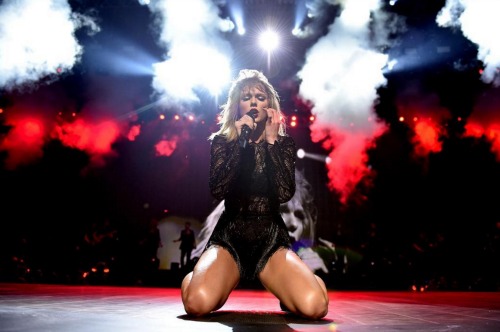 Katy Perry confirmed last month to James Corden that their feud was about stealing backup dancers on their world tours. She then revealed to NME in a story published on June 9 that she’s “not a pushover… Especially when someone tries to assassinate my character with little girls.” Perry was quoting Swift’s July 2016 feud with Kanye West over his “Famous” lyrics, which she accused the rapper of “character assassination.”

But, that’s not all that Taylor Swift did. Over on Apple Music and iTunes, she put all her music on sale. Katy Perry wants Swift to finish their feud. An alleged insider told Us Weekly that Swift could be over it, as she “doesn’t want to engage” her fellow pop artist. But, Swift will continue to be underhanded and shady like she always is.