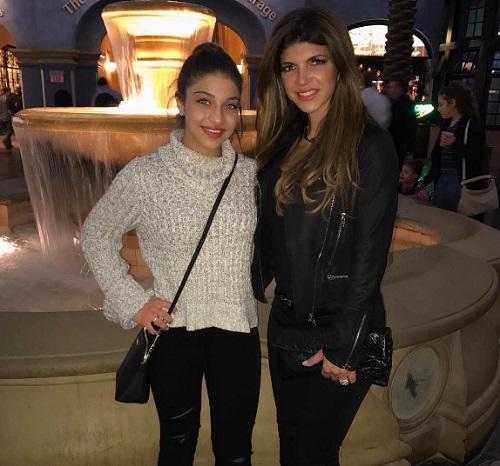 Teresa Giudice is once again facing jail time for failing to report two traffic citations to her probation officer. She spent one year in jail for multiple counts of fraud back in 2005. Her husband Joe Giudice is currently serving his 41-month sentence at the Fort Dix Correctional Institution in New Jersey. As part of her probation, she was supposed to let her officer know about her tickets, but failed to do so.

TMZ reports that the ‘Real Housewives of New Jersey’ star has failed to report her traffic citations during her supervised release in her fraud conviction. According to court documents, Teresa was stopped by a police officer for making an illegal turn last year. She also got another citation in April for using her phone while driving.

Both she and her lawyers were warned that any future contact with law enforcement had to be reported.  Her attorney James Leonard Jr. says that both of her tickets were reported, but not within the required time frame. And now Teresa is in hot water over them. 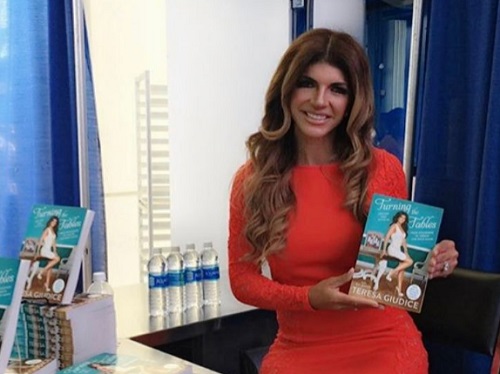 Of course, the last place Teresa Giudice wants to be is back behind bars. She’s been there, done that and never wants to go there again. But if she fails to report her citations, that’s exactly what is going to happen. Teresa has repeated over and over again that she’s learned from her past mistakes but apparently she’s not following through with her new ones.

Back in November, Teresa was off the hook when she reached a settlement in her $13.5 million dollar bankruptcy case. She’s been doing her best to keep her name out of the headlines by staying out of trouble. She knows that as the only breadwinner, he four daughters depend on her to hold up their family. She’s been working twice as hard in trying to turn all of her wrongs into rights. 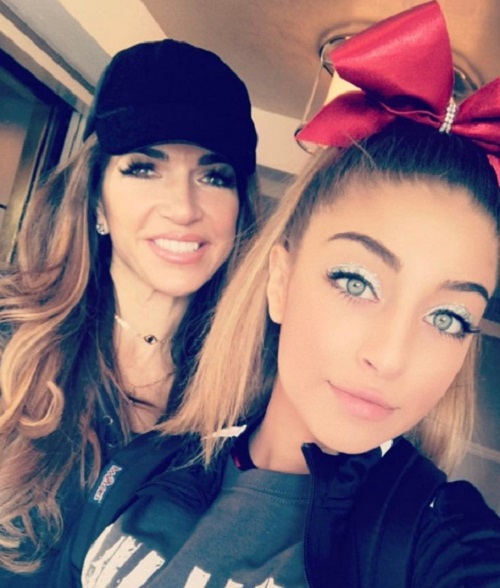 Being a single parent must be taking a toll on her because she’s failing to do something as simple as reporting her traffic citations to her probation officer. With her husband Joe in jail, clearly, Teresa has a lot on her mind right now.

So far Teresa herself has not made any comments about the report. She is currently filming the upcoming season of ‘The Real Housewives of New Jersey.’ In the meantime, don’t forget to check back with CDL for all the latest news and updates on Teresa Giudice right here!

Your vibe attracts your tribe @robynjlevy