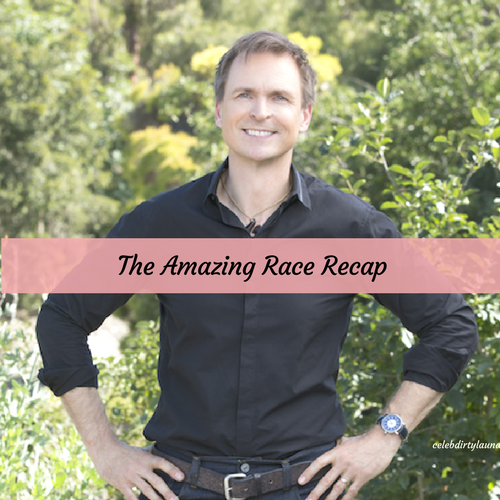 Tonight the CBS series The Amazing Race airs with an all-new Thursday, March 30, 2017, season 29 episode 1 premiere and we have your The Amazing Race recap below. On tonight’s season 29 premiere episode called, “We’re Coming for You, Phil” as per the CBS synopsis, “22 strangers meeting at the start line in Los Angeles and pair up to form 11 teams who then fly to the first destination, Panama City.”

In an Amazing Race first the teammates each other for the first time at the start line. First impressions are all the contestants have to go on as they decide who to pair up for this amazing journey around the world. The races starts with each player following Phil’s instructions to go to a luggage store, find a specific piece of luggage and return to the park. Seth is a police officer from Washington State, Brooke is a lawyer from New York, Scott is a gay Harvard graduate and Redmond is a former Navy Corpsman who lost his leg in Afghanistan. Vanck is Wall Street Analysist, Jenn is a swimwear model who lives in Los Angeles, Jessie is the first female K-9 officer with the Youngstown police department and Francesca is an Army Drill Sergeant.

Matt is a professional snowboarder, Floyd is a drum major in college, Becca is a rock climbing instructor and Liz is fifth generation auctioneer. Michael is a butcher and says his IQ is 140, Olive is a firefighter from Providence, Sara is a luxury real estate agent, and Scott is a recruiting agent. Joey is a police sergeant and unfortunately returns to the park with the wrong piece of luggage and is forced to return to the store.

Seth is the first to pick and asks Olive to be on his team. Matt is next up and chooses Redmond. Shamir is a Wall Street banker and picks Sara for his team. Scott and Brooke are the next to become a team. Becca asks Floyd to join her team. Ashton, a residential real estate agent says she would like to be paired with a strong man but unfortunately Vanck, the self-described geek picks her for his team. Tara, an Army officer, and Joey form the next team. Logan who is an artist asks London, a surgical consultant to form her team. Jenn picks Kevin who is an athletic trainer. Michael and Liz make up the next team. Jessie and Francesca are the final two contestants left and form the last team.

The teams are instructed to get to LAX as fast as they can. The express pass is hidden in one of the pieces of luggage the tea mates used for their first challenge. Because Jessie and Frances didn’t get to pick each other as teammates Phil gives them a ride to the airport.

Becca and Floyd find the express pass. The first clue tells the teams they will be flying to Panama City. The teams introduce themselves during their ride to the airport. Matt and Redmond are the first to arrive at the airport followed by Becca and Floyd, Brooke and Scott, Landon and Logan, and Seth and Olive. The remaining teams are on the second flight that leaves slightly later than the first. Several of the contestants ask Olive if she and Seth plan on having a romance. They don’t yet know that he is gay. The teams land in Panama and take a rental car to the locks at the Panama Canal. Several teams struggle finding their way.

Seth and Olive are the first to arrive and find the clue that directs them to the Panama Rainforest Discovery Center. Becca and Floyd, Scott and Brooke, Landon and Logan, and Matt and Redmond arrive at the clue from the first flight. The second flight lands an hour later and all the teams’ struggle getting to the canal.

The first detour is to pick between Shoot or Scoot. In Shoot, teams must shoot a bow and arrow at targets. In Scoot, teams must paddle a canoe in a 400-meter race against a local team. They must beat that team to earn their next clue. Seth and Olive chose Scoot and lose their first race badly. Becca and Floyd and Scott and Brooke pick Shoot but all struggle to hit the targets. Seth and Olive lose their second race but succeed on their third attempt and earn the clue that directs them to the first pit stop of the game.

Becca and Floyd hit their target and are in second place. Brooke and Scott decide to change detours and start their first canoe race but lose badly. Brooke tries to be positive but Scott seems to find her annoying. Landon and Logan pick Shoot but change tasks after failing. Matt and Redmond choose Scoot and win the race on their first try. They are in third place. Scott and Brooke finally complete the race and are in 4th place.

Michael and Liz are the first to arrive at the Canal from the second flight. They are followed by Shamir and Sara, Vanck and Ashton, Tara and Joey, and Kevin and Jenn in last place. Joey and Tara pick Scoot and almost immediately turn their boat over. Vanck and Ashton also pick Scoot and dump their boat and decide to switch tasks. On their third attempt, Shamir and Sara complete the race and are in 5th place. On their third attempt and Landon complete the challenge and are in 6th place.

Tara and Joey are also successful on their third attempt and are in 7th place. Vanck and Ashton switch tasks again and finish in 8th place. Jessie and Francesca come in 9th. Michael and Liz fail at Shoot and switch to Scoot but immediately dump their boat. Jenn and Kevin are completely lost and can’t find the detour. After 3 attempts Michael and Liz finish the race and are in 10th place. Jenn and Kevin finally make it to the detour but due to darkness and safety the detour is closed and they are given the last clue. Jenn and Kevin arrive at the pit stop before Liz and Michael but must serve a two-hour penalty for not completing the detour. Liz and Michael are the last team to arrive but make it before Kevin and Jenn’s penalty time is up. Kevin and Jenn are eliminated from the race.