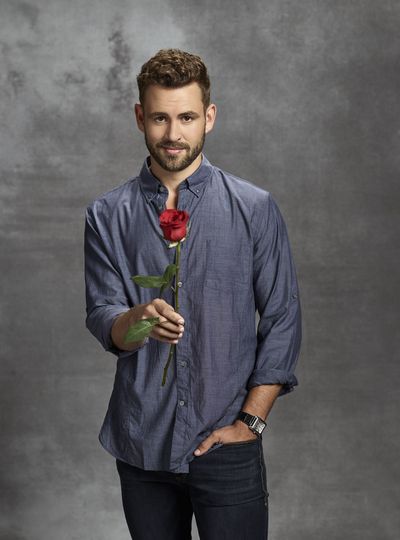 The Bachelor 2017 airs on ABC this evening with an all new Monday, February 6, 2017, season 21 episode 6 and we have your The Bachelor recap below. On tonight’s The Bachelor season 21 episode 6 as per the ABC synopsis, “The nine remaining bachelorettes visit the U.S. Virgin Islands, where Nick learns the details of a dark-haired beauty’s heartbreaking life. Later, a group date with six ladies goes terribly wrong; and a two-on-one outing sends Nick’s journey into a tailspin.”

Tonight’s episode of The Bachelor kicks off where we left off last week. Nick Viall went on an awkward 2-on-1 date with Taylor and Corinne, the claws came out and Corinne told Nick that Taylor was bullying him. Nick obviously didn’t want to marry a bully, so he gave Corinne a rose and sent Taylor home. After the

After the dates behind them, Nick and Corinne leave the swamp and head to a romantic dinner for some 1-on-1 time. Corinne is thrilled that Taylor was sent home. Little does she know, Taylor doesn’t plan on leaving without a fight.

Taylor opts not to get n the ominous black SUV and leave with some dignity – instead she decides to crash Corinne and Nick’s dinner. Taylor marches in and interrupts, Corinne and Nick are shocked to see her, she asks Nick to come outside and talk to her.

Taylor doesn’t hold back, she tells Nick that Corinne flat-out lied to him today and she has been manipulating him since day one. Nick doesn’t think Taylor is a bully, he explains that he sent her home because he wasn’t feeling a connection. Nick heads back inside and reassures Corinne that everything is fine, and they share a kiss, apparently his conversation with Taylor was pointless.

The remaining 12 girls get dressed up and head to their next cocktail party and rose ceremony with Nick Viall. The girls are all eager to spend some 1-on-1 time with Nick. But, Chris Harrison arrives and tells them that there won’t be a cocktail party tonight and they are going straight to the rose ceremony.

The girls line up and Nick Viall arrives. He passes out roses to Kristina, Raven, Vanessa, Danielle, Jasmine, and Whitney. Josephine, Alexis, and

Josephine, Alexis, and Jaimi did not receive a rose tonight and they are officially eliminated. After they say their goodbyes, Nick announces that the remaining girls are traveling to Saint Thomas.

Nick Viall and the girls arrive on the beautiful island of St. Thomas. The girls begin frantically running around the hotel and picking out their rooms. Nick arrives in a plane and lands right behind the hotel. The girls rush outside to greet him. Nick announces that he has come to pick Kristina up for their 1-on-1 date.

Kristina and Nick climb in the plane and fly off while everyone waves goodbye. This is Kristina’s first 1-on-1 time with Nick and she can’t wait to get to know him.

After Kristina and Nick leave, Jasmine begins crying. She’s upset because she still hasn’t had a 1-on-1 date with Nick and she really thought that she was getting the 1-on-1 this week. Jasmine feels like Nick doesn’t like her and has been ignoring her.

Back at the hotel, Corinne is thrilled when she realizes that they have a housekeeper named Lorna, and she is just like her nanny back home. Corinne spends the day getting pampered and waited on by Lorna, Lorna even helps her iron her dress.

Meanwhile, on their date, Nick is having a tough time getting Kristina to open up to him over dinner. Kristina explains that she grew up in Russia, her mom kicked her out when she was 6 years old, and she had to live in an orphanage. She lived in an orphanage for 8 years and then she was adopted by an American family. Nick is moved by her emotional story.

At the end of their date, Nick gives Kristina a rose and she happily accepts it. Then, they are serenaded by a traditional St. Thomas band and share a romantic dance in a gazebo.

Back at the hotel, the next date card arrives. It’s a group date, Rachel, Raven, Vanessa, Corinne, Danielle M, and Jasmine are invited. Danielle L and Whitney are not on the date card. They’re freaking out, they are sure that they are going on a 2-on-2 date. No one expected there to be another 2-on-1 date since they just had one last week.

The next day, the girls meet up with Nick for their group date. He surprises them with a boat ride to a private island so that they can hang out on the beach together. The girls all seem to be in good spirits, but with girls and one man, plus drinks, it’s only a matter of time before the drama begins.

Nick thinks that they should play volleyball, the girls divide in to teams of 3, and Nick is the referee. Corinne apparently hit the booze a little hard, and is wasted. Corinne keeps wandering off and Nick keeps chasing after her and bringing her back to the game, which is only irritating the other girls. Jasmine is acting crazy, and decides to push drunk Corinne in to the sand.

Morale is low. Rachel announces that she doesn’t want to play volleyball anymore, she’s sick of competing for Nick’s attention. Vanessa has a meltdown out of nowhere and starts crying and wanders off. Meanwhile, Danielle M begins crying because Nick isn’t paying attention to her. Basically, everyone is a hot mess right now and there must be something in the water in St. Thomas because no one can hold themselves together.

Nick tries to salvage the group date and spend some alone time with each of the girls. He sits down with with Rachel first, he’s scared because Rachel threatened to quit the show and go home. He convinces her to stick around just be patient.

Meanwhile, back with the group, Jasmine is having a full-blown meltdown. She’s been ranting for a solid ten minutes that she is sick of Nick overlooking her and not paying attention to her, she is the only one on the group date that has never had a 1-on-1 date. Jasmine wishes Nick hadn’t dragged her to St. Thomas, because it’s obvious he doesn’t want to spend any time with her.

Nick finally asks Jasmine to take a walk with him. Jasmine can’t wait to speak her mind and she starts rambling about how Nick has been overlooking her, and she is tired of not getting chosen to spend any alone time with her. Jasmine starts crying and rambling. Out of nowhere, she says that she wants to choke Nick, and things get really awkward.

Nick obviously is baffled by Jasmine’s behavior, and the conversation is painful to watch. Finally, Jasmine takes a breath and Nick can get a word in edgewise. Nick explains to Jasmine that he doesn’t think he has as strong feelings for her as she does, and he thinks it’s time for her to go. They say their goodbyes, and Nick walks Jasmine to the car.

The next day, Nick arrives in a helicopter to pick up Danielle L and Whitney for their 2-on-1 date. After a tour of the bay, they land on the beach for drinks and Nick chats with both of the girls. After going back and forth between Whitney and Danielle, he takes Whitney aside and tells her that he can’t give her a rose and he is going to have to send her home. Whitney is totally blindsided, and watches as Nick and Danielle fly off together in the helicopter.

After Whitney is out of the picture, Danielle and Nick have a romantic dinner together. Danielle opens up to Nick and tells him that she thinks that she is falling in love with him. But, Nick doesn’t seem too excited about her confession, in fact he suddenly gets upset. Nick realizes that he doesn’t feel the same way about Danielle as she does about him.

Nick gets emotional, he tells Danielle that he wants to give her a rose, but he can’t. Nick sheds a few tears as he breaks up with Danielle and they say their goodbyes. After Danielle leaves, Nick has a meltdown and flips the table that they were sitting at.

Back at the hotel, the women are shocked when they realize that Whitney just went home too. Nick arrives at the room and they are all shocked to see him. He’s still crying and the girls can tell that he’s pretty upset. Nick explains that he came in to the show optimistic, and now he is scared that he won’t find love at all. Nick says he doesn’t know if he can keep doing this and storms out of the hotel room.