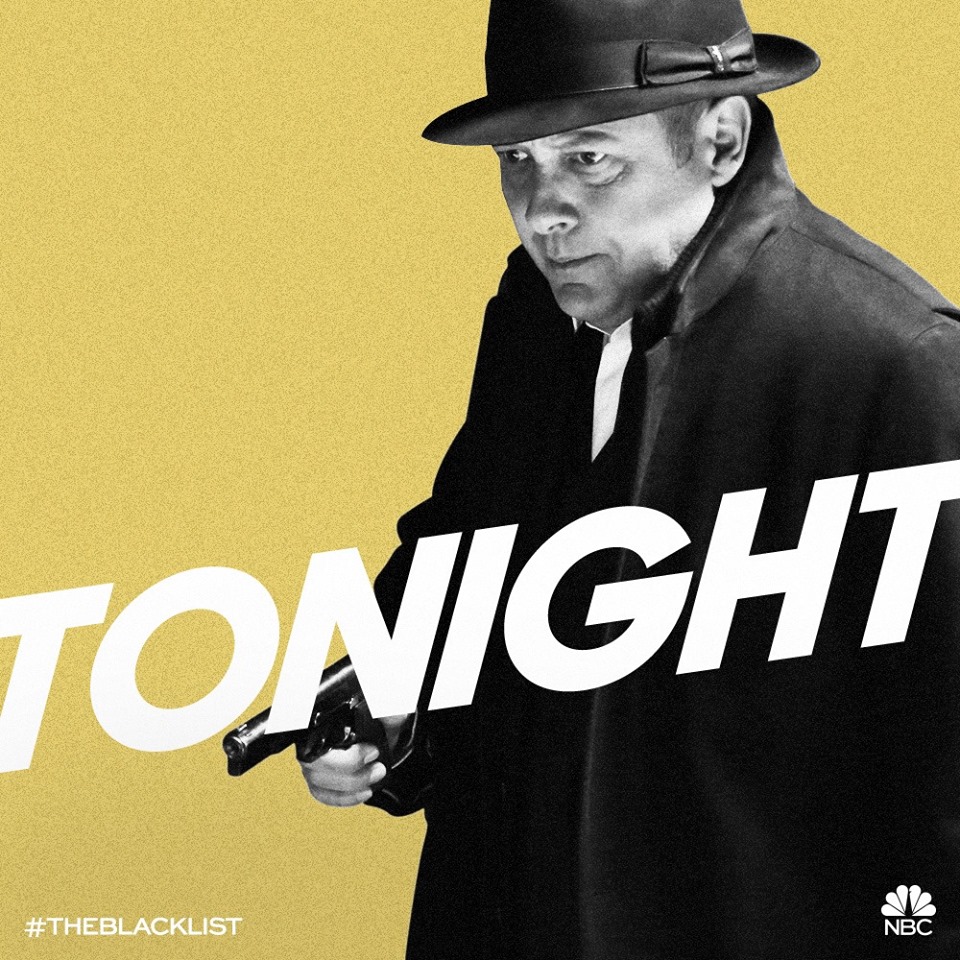 Tonight on NBC their hit drama The Blacklist starring James Spader airs with an all-new Thursday,  February 23, 2017, episode and we have your The Blacklist recap below. On tonight’s Blacklist winter finale Season 4 episode 15 called, “The Apothecary,” as per the NBC synopsis, “After being dosed with a deadly poison, Red (James Spader) must retrace his steps to uncover who of his closest confidants has betrayed him. Meanwhile, Liz (Megan Boone) and the Task Force desperately search for the designer of the toxin in a race against time to save Red.”

Tonight’s episode of The Blacklist kicks off with Red sipping on a glass of wine with Dembe – he says there is a traitor in their family, and they need to find him before they destroy Red.

9 hours later, Red is lying in an illegal makeshift hospital, and wheezing while he is hooked up to the machines. Red is panicking because Dembe isn’t there, and Red doesn’t even know how he got there. The doctor explains to Red that he is dying, someone has poisoned him. They need to know how he was poisoned, or else they can’t save him. The doctor explains that Red will be dead in less than a day. Red takes the doctor’s cell phone and calls Liz, he tells her to gather the task force, there is a murder that needs to be solved.

Red explains that he called 11 members of his team to a meeting at a restaurant to confront them and try to find out who was betraying him. Then, he blacked out and woke up with the doctor. Red wants the FBI to find the Apothecary, a Blacklister who makes poisons to take people out by hijacking their immune system. Red believes someone paid the Apothecary to create the poison that is killing him, and they need the Apothecary to give them the antidote.

The FBI is on a race against the clock to find the antidote that will save Red. They begin trying to track down the Apothecary. In the mean time, Red is certain it was one of the men that he was having dinner with that poisoned him. He begins trying to reach them all on the phone, but strangely, none of them are answering their phones.

Meanwhile, the FBI has found out about another person who was poisoned by the Apothecary, a woman named Helen Dahle. Helen is currently in a coma, the poison that she was given mimicked an allergic reaction, and the doctors have no idea how to treat her. Her husband and parents have been gathered at her hospital room for two weeks now, waiting for a miracle.

Red arrives at the mysterious address and heads in to the house. There appears to have been a struggle, and he finds his own hat on the floor. He picks it up and it fits him perfectly, but he has no recollection of ever being at the house. Red hears a noise, and finds a woman bound and gagged in the closet. He removes the tape off from her mouth and asks her who she is and who tied her up. The woman scoffs, “Is this a sick joke?! You did!”

Red quizzes the mystery woman, she has no idea who Red is, and she doesn’t live at the house. Lou Lou says that Red grabbed her and threw her in a trunk and drove her to the house and put her in the closet. Red is in bad shape, he can’t stop coughing and can barely breathe. He takes his former prisoner and new friend Lou Lou to the pharmacy with him, they break in and she steals him some steroids from behind the counter. Liz and Ressler learnt that Helen’s husband Robert was having an affair with another woman. They think that Robert may have hired the Apothecary to put Helen in to a coma until after their 10 year anniversary so that the pre-nup would be null and void.

Liz and Ressler learnt that Helen’s husband Robert was having an affair with another woman. They think that Robert may have hired the Apothecary to put Helen in to a coma until after their 10 year anniversary so that the pre-nup would be null and void.

Red wakes up in a bed, Lou Lou is staring at him. Apparently, she didn’t call the cops on Red, even though he held her hostage, instead she saved his life. Red explains that he has been poisoned by someone close to him, and he needs to find out who it was. Lou Lou might be able to help him, apparently she met Red when he was breaking in to her neighbor’s apartment. Lou Lou’s neighbor is Marvin Gerard, Red perks up, Marvin is his attorney.

The FBI raids Helen’s husband’s house and find info linking him to a man named Asa Hightower, they believe he is the Apothecary. They rush to the address on file for him, and find a comatose woman lying in the bed at his apartment.

Red heads back to the restaurant where he last remembers being the night before he was poisoned. It appears that everything is exactly as he left it, and someone has barricaded the kitchen door shut. He pulls the stick out of the door and flings it open, and there are nearly a dozen people being held inside. They are all Red’s associates, the people Red had invited to dinner.

Red demands to know what happened the night before. Red learns that he gave a moving speech, and accused one of them of attacking his assets, and trying to take him down behind his back. Apparently, Red sent the chef and staff home, and he locked them in the kitchen himself. Red realizes that the wine he was drinking must have been poisoned, he finds the wine bottle, and it’s from his lawyer Marvin Gerard.

Liz and Ressler track down Asa Hightower at a store near his apartment, he tries to make a run for it, but they take him down and cuff him. Red calls Liz and tells her that one of his men is bringing her the bottle of wine that poisoned him. Then he begins coughing and wheezing, Liz can tell that he won’t hang on much longer.

Ressler and Navabi interrogate the Apothecary, he agrees to cooperate, as long as they take the death penalty off the table.

Red is in the hospital, they rush to the hospital with the antidotes that they needed to save him. The doctor reports that Red is stable, but it’s too early to tell if he will make a full recovery. The doctor says that whoever poisoned him knew his medical history intimately, and the poison was created specifically for him.

Glen arrives at the hospital, he says that they tracked down Marvin Gerard, he had his bags packed and was trying to skip town.

Liz gets a disturbing phone call from the tox lab and rushes in to Red’s room, but he’s already gone.

Red heads to the address where his men are holding Marvin Gerard, Marvin insists that he is innocent and he doesn’t know where Dembe is. Red scoffs that he knows all about what Marvin has done, and the accounts that he accessed, and that he hired Isabella Stone. Marvin swears that he has no clue what Red is talking about.

Marvin reminds Red that he facilitated his freedom, he would never betray him. Red gets a phone call from Liz, she tells Red that the wine was clean, Marvin didn’t poison him.

Suddenly, Red realizes that the person that tried to kill him was his best friend … Dembe.