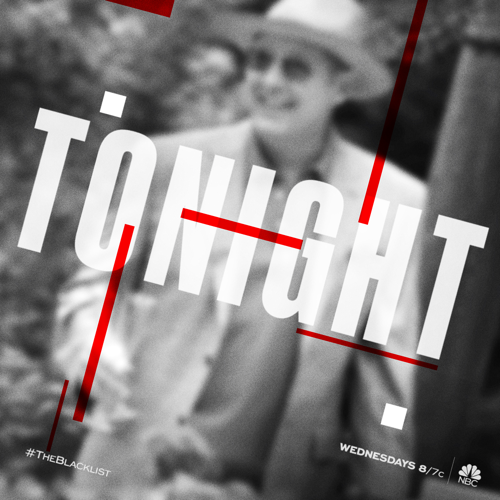 Tonight on NBC their hit drama The Blacklist starring James Spader airs with an all-new Thursday,  October 4, 2017, episode and we have your The Blacklist recap below. On tonight’s Blacklist Season 5 episode 2 called, “Greyson Blaise,” as per the ABC synopsis, “Liz and the Task Force join Red in pursuit of a billionaire who moonlights as a high end art thief. Meanwhile, Dembe chases a lead and Tom seeks outside help in identifying the remains in the suitcase.”

Tonight’s episode of The Blacklist kicks off with a masked man slipping in to a high-class party, he takes his mask off and heads to the podium and is introduced as Greyson Blaise.  He gives a speech about the jewels being inducted in to the Smithsonian, the Napoleon Diamond necklace.  Of course, when the case is unveiled, it’s empty.  Everyone is in shock.  Little do they know Greyson is the one who stole the necklace and slipped it to another woman at the party.

Meanwhile, Liz and Tom Keen are having a heated reunion now that he’s home.  They fall on to the couch, and Tom brings up the fact that they never actually got married.  Elizabeth jokes, “First let’s just have sex.”

In the morning, Elizabeth heads to work and Harold is in a tizzy.  He’s tired of Raymond Reddington’s games and he is leaving the office to find him himself.

Harold and Elizabeth find Reddington at the pool conducting business.  Reddington gives them a new Blacklister – Greyson Blaise.  Red says that he doesn’t want the FBI to take down Blaise though, he wants them to help him get Blaise to work with him instead.  Harold reluctantly agrees.

Reddington and the task force head to a high-profile auction where Red is certain that Greyson Blaise will be.  Elizabeth and Agent Navabi are dressed to the nines to blend in with the wealthy crowd.  Elizabeth freaks out when she realizes that Red is bidding on a penny for $2 Million dollars.  Reddington is outbid though by Greyson Blaise.

Meanwhile, Tom is on a secret mission of his own.  He tracks down the doctor that helped them fake Elizabeth’s death.  He brings along the suitcase of remains that Kaplan left behind.  He needs help ID’ing the skeleton in secret, without Red knowing what he is up to.

After the bidding, Red and Greyson have drinks together.  Red makes it clear that he wants to work with Greyson, he apparently has some sort of access to a waterway and Red implies that he wants to use it to move his goods.  Little does Greyson know, there are no goods at the moment and Red is as broke as a joke.  Red convinces Greyson to come to a party at his house to see a famous painting that was stolen decades ago.  The only problem is…Red doesn’t have a house at the lake or the painting.  Harold isn’t thrilled about the idea of the FBI bankrolling Red’s party, but he has no choice.

Ressler and Navabi head to France to try and steal the painting for Red, but when they arrive, the woman who is supposed to have the painting reveals that it was sold and is out of the country.  Red has to resort to Plan B, he visits a forger who agrees to create a believable duplicate for Red to show off to Greyson.

Somehow Red and the FBI manage to pull off the epic party that he promise Blaise, he shows up eager to see painting. Red has to stall him until the forged painting shows up.  Red gives Blaise the painting as a gift, and he is thrilled.  It looks like they are officially partners.

As soon as Blaise leaves with painting, Red calls the police and has Blaise arrested for transporting the stolen painting.  Elizabeth is shocked.  Red admits that he was playing everyone and he didn’t want to be partners with Blaise, he just wanted Blaise to be arrested to that he could rob him.  Red and Elizabeth head to Blaise’s mansion and begin raiding it.  The staff is more than happy to empty Blaise’s safe for them, they think that Blaise sent Red to remove anything that could be illegal.  Red and Elizabeth ride off with a Picasso, the Napoleon necklace, and a multi million dollar penny.

When Red and Elizabeth return to the FBI, Harold reads them the riot act.  Red gives Harold a flashdrive with all the dirt that they need on Blaise to file more charges against him.  Afterwards, Red and Elizabeth share a father and daughter moment.

Tom Keen has spent the entire night on a wild goose chase looking for a man named Dennison that is supposed to have answers about Elizabeth’s mother and Red’s sordid past.  He tracks Dennison down at his apartment, but he’s too late, Red has beat him to the punch.  Tom slips in to the closet and watches Red through the cracks.  Tom watches in horror as Red pulls out a gun and shoots and kills Dennison.  Tom rushes out of the closet after Red leaves, Dennison whispers “Oleander” before he dies.

Tom heads home to Elizabeth and Reddington stops by.  They have a toast and Red welcomes Tom home…things are certainly awkward.