BY Cristie Geroux on July 23, 2017 | Comments: 5 comments
Related : Hot News, Soap Opera, Spoiler, Television, The Bold and the Beautiful, The Young and the Restless 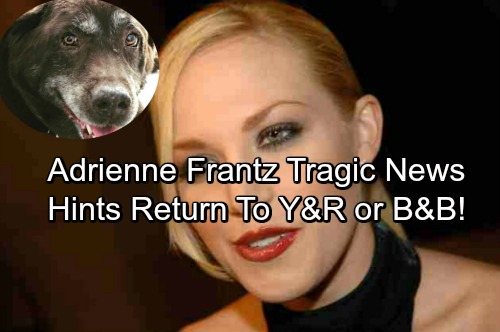 Four years ago this past week, Adrienne celebrated the 20th Anniversary of when she first appeared on CBS’ The Bold and the Beautiful. She was the young vixen everyone grew to love, the girl from the wrong side of the tracks. She is known for her romance and short-lived marriages with B&B’s Rick Forrester (then-Justin Torkildsen) and Y&R’s Cane Ashby (Daniel Goddard) and Daniel Romalotti (Michael Graziadei).

Amber, is a woman who has suffered greatly, she endured miscarriages, rape, drug addiction and being kidnapped by the notorious villain Sheila Carter (Kimberlin Brown). Fans cannot help but feel sorry for her, even though a lot of things she brought on herself; remember when she found out she was pregnant, tried to pass off the baby as Liam Spencer’s (Scott Clifton) even though the little girl was really Marcus Forrester’s (Texas Battle). 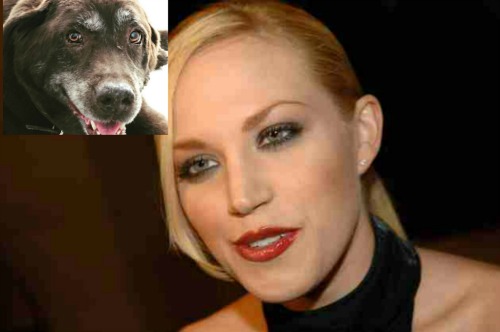 The Bold and the Beautiful spoilers reveal this would be the perfect time for Amber to return to Los Angeles because she is a sworn enemy of Sheila Carter’s, who also recently made an epic return after 14 years. Amber also has a sordid history with bad boy Deacon Sharpe (Sean Kanan), and her return could mean bailing him out of jail and taking up with their fling from years earlier; either way, if Adrienne Frantz returns to reprise her role as Amber, it could change the course of many lives and be very entertaining. How do you feel about Adrienne possibly returning to soap operas?

B&B spoilers learn that Adrienne Frantz announced in the wee hours of the morning that her beautiful, gentle giant dog Lucy passed away. She goes on to share that Lucy goose monster was her baby and she could not imagine waking up and not seeing her simile; her heart will have a very large hole in it for the rest of her live and will meet her at the rainbow bridge. CDL would like to offer our condolences to her and her family on the loss of her beloved pet.

Today I lost my baby Lucy! She has been my best friend for 16 years! I am devastated! She had the most beautiful soul. She was my gentle giant, my Lucy goose monster, my baby. I can’t imagine waking up and not seeing her smile! She had so much love for everyone she ever met. My heart will have a very large hole it it for the rest of my life! I love you so much Lucy! I will meet you at the rainbow bridge 🌈 Say hi to Miss Cuddles, and Puck for me.😢 #heartbroken #furrybaby #rainbowbridge

20 Years ago today I first aired on Bold and Beautiful! Should I come back 2 daytime? What show would you like to see me on?#B&B #Y&R #soaps pic.twitter.com/vyoBvnaiNC