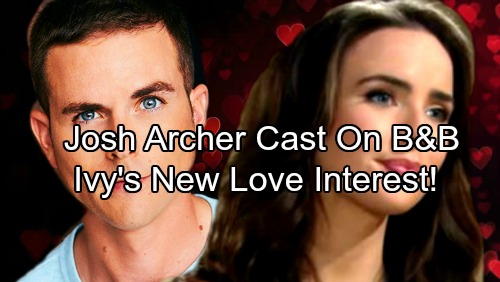 The Bold and the Beautiful (B&B) spoilers tease that the CBS soap is adding a new hunk. Soap Opera News is reporting that Josh Archer has been cast in a recurring role. It looks like details are being kept under wraps for now. B&B wants to keep us guessing about Archer’s character and who he might interact with.

However, The Bold and the Beautiful might’ve just given us a big clue. During a chat with Quinn (Rena Sofer), Ivy (Ashleigh Brewer) hinted that she was interested in a new man. She suggested that she was dipping her toe into dating again, but she didn’t want to jinx it.

It’s possible that they’re simply showing Ivy has a life outside of Forrester Creations. Still, this feels like significant dialogue. It would be disappointing if B&B brought up Ivy’s love interest and never actually showed him. Could Archer’s character be paired with Ivy? 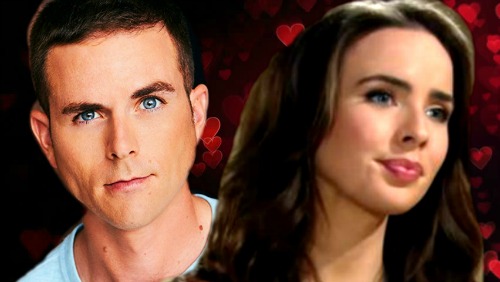 The Bold and the Beautiful brought Ivy back with what seemed like a story opportunity. She toyed around with the idea of luring Liam away from Steffy (Jacqueline MacInnes Wood). Quinn did her best to push the scheme along, but the whole thing was quickly dropped.

After that, Ivy’s prospects sort of fizzled. She doesn’t serve much of a purpose anymore. Ashleigh Brewer is a great actress who deserves to get back in the game. Will B&B give her a chance to shine? It could happen if Ivy has a love story headed her way.

Of course, there are major plots going on right now and that doesn’t leave a ton of airtime for Ivy. If Archer has been cast as Ivy’s love interest, that would explain why he’s only recurring. Once storylines shift down the road, they could always make changes.

Even if Archer plays someone else, it’d be nice to see Ivy find love again. Liam (Scott Clifton) is reclaiming his status as resident waffler by moving in Sally’s (Courtney Hope) direction. Wyatt (Darin Brooks) is busy sneaking around with Katie (Heather Tom). Since Ivy’s previous options are taken, should could use someone brand-new in her life.