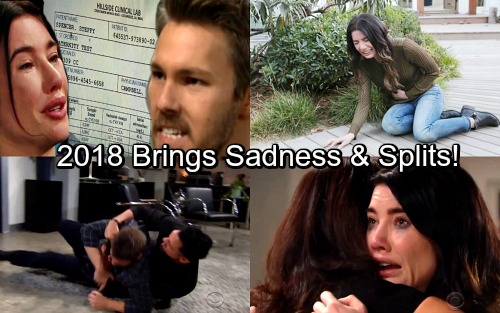 The Bold and the Beautiful spoilers documented all things Liam (Scott Clifton), Steffy (Jacqueline MacInnes Wood) and Bill (Don Diamont) in the months leading up to an epic 2017 year-ending episode and final scene. All B&B fans were left wondering what 2018 would bring for the three characters who are caught in this twisted triangle? Well those B&B fans who have seen the shocking promo for the week of January 2-5 (below) know that 2018 is ushered in with nothing nice for Liam, Bill and Steffy!

So it seemed like all had worked out for the best. After an admitted terrible mistake, which many would rightly refer to as a moral crime, Steffy confirmed that Liam was the father of her baby through medical test results. 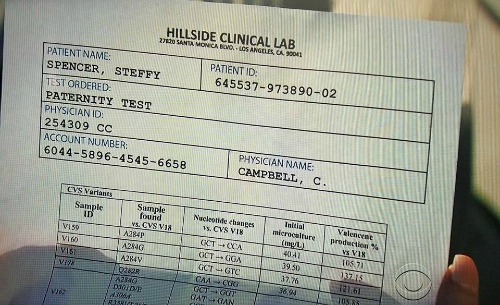 But why did Mrs. Spencer leave the printed copy of that paternity test in her purse? Steffy, you should have ripped that piece of paper to pieces. If not that, why wasn’t that damning evidence burned, or shredded?

Liam was blissful just moments before he heard his beloved wife’s smartphone ring. He was standing in one of the most beautiful outdoor scenes in all of daytime, peering across the Pacific Ocean. Liam then turned toward the house, while Steffy sat previewing her almost realized future in her mind.

Steffy projected Liam playing with a toddler who appeared to be a boy. Then, she appeared as well, adorned in a brilliant white Forrester creation. Steffy started to dance joyfully in the sand as her vision came to an end and fictional reality reappeared. 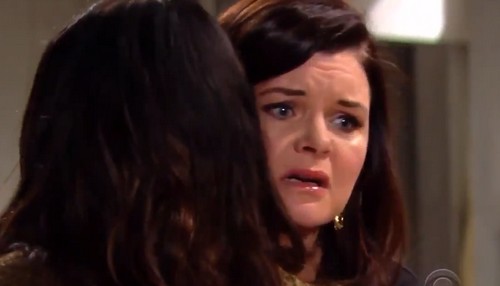 There stood Liam with life-altering evidence in his hands and a furious look pressed onto his face. Steffy’s smile turned to shock, as the pull-away scene ended. The 2017 episodic year was over with that haunting shot.

Canadian and United States fans wouldn’t learn the fate of this tortured couple until next year, which is next week, January 2-5. Yes, a classic extended holiday weekend bombshell was thrown through the screen at B&B’s fans.

And there in a different part of Los Angeles sat Dollar Bill. The man who couldn’t control himself. That selfish, detestable lout who rebounded from Brooke’s (Kelly Katherine Lang) arms to the Forrest mansion’s guest house bed with his son’s wife just a short time ago. 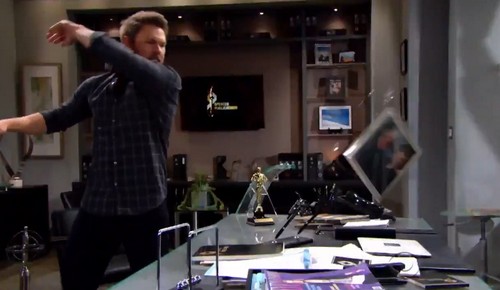 Dialogue had Diamont tell Spears that he was glad Steffy’s child was Liam’s because his son would never have forgiven him, but that also meant Steffy could never be his was sickeningly confirming. Bill continues to consider the balance between these issues as though he had a right to make that choice.

One of the great triangles in recent soap history has now been revived, just when it looked like the Liam-Steffy-Bill angles had been put to bed. Yes, that had to be said because that phrase is so wrongly right.