BY Sean O'Brien on December 10, 2017 | Comments: one comment
Related : Soap Opera, Spoiler, Television, The Bold and the Beautiful 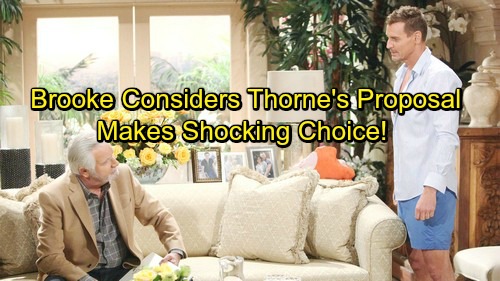 The Bold and the Beautiful spoilers tease that Brooke (Katherine Kelly Lang) will keep Thorne’s (Ingo Rademacher) surprising marriage proposal in the back of her mind. Yes, Ridge (Thorsten Kaye) appears likely to remarry Logan. But little brother won’t be ruled out of this sibling rivalry game.

The Brooke character creates mixed reactions among B&B’s fandom. Lang, along with John McCook (Eric) date back to the show’s inception in 1987. Underlying the feelings about these actors and characters is ageism. Though many who deem themselves as open-minded would loudly disagree upon being revealed.

Thorne sees Brooke for who she was, is and could be. He offers respect to her, whereas Ridge appears to be playing a game. His full-court mode press is merely temporary. If Brooke is overly influenced by his charm, she’ll be setting herself up for further heart harm.

Lang’s character is a highly attractive woman, who will live on through her children, thus stamping her legacy on the world, and is also successful in the business world. The claws come out when someone like that is seen in the fictional, or real world. Yes, jealously does rear its ugly head.

The so-called man known as Ridge behaved in a completely petty way when his brother returned from Paris. That, my soapy friends, was unadulterated jealously on display. But his intimidation tactics have now been called out by Thorne, who rightfully pushed Ridge to the ground last week. 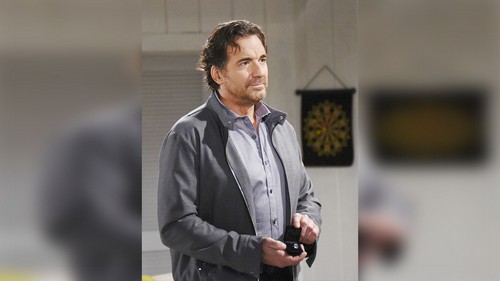 Brooke is smart and hopefully, wise. Why quickly accept another ride on the Ridge train? That excursion has proved to often be bumpy. While anything is possible, Mr. Raspy Voice has presented no evidence of changing his ways, or ever wanting to.

Earlier this year Ridge was kissing Quinn (Rena Sofer). Yes, she’s a world class beauty with eyes that can hold any man’s gaze. But she’s also Eric’s wife! Marone apologists will now attempt to classify Ridge’s moral crime as a mistake, which is what reckless enablers do.

Thorne is hoping that Brooke doesn’t enable Ridge to rule her life again. Little brother’s plan was directly stated to his elder, half-brother. He wants to protect Brooke’s best interests and push Ridge out of Forrester Creations. 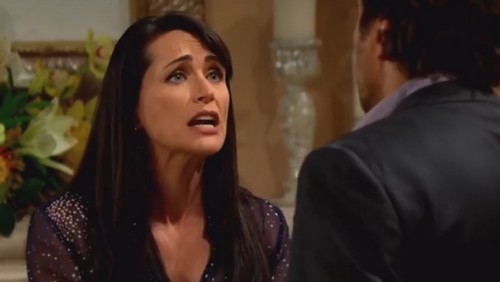 Kaye’s character had the unmitigated gall to say that he (Ridge) was their mom’s favorite and that Thorne is less talented. Interestingly, Eric has now stated on two different occasions that he thinks it’s good that Thorne is standing up to Ridge.

Eric is the family patriarch and remains the head of FC. Ridge arrogantly believes the his adopted father will allow him to reign indefinitely. But B&B devotees expect surprises. Brooke’s future isn’t certain and Eric seems primed to eventually allow his sons to power-share.