The Bold and the Beautiful Spoilers: Charlie Stuns Pam with News of Ridge and Quinn’s Betrayal – Brooke’s Present for Bill 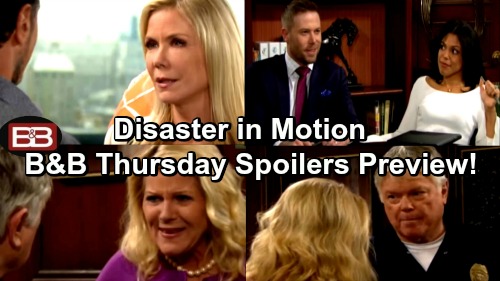 The Bold and the Beautiful (B&B) spoilers for Thursday, March 2, tease that Charlie (Dick Christie) will decide to share his concerns with Pam (Alley Mills). He saw Quinn (Rena Sofer) wipe the lipstick from Ridge’s (Thorsten Kaye) lips and now he fears the worst. Charlie knew Ridge and Quinn were warming up to each other, but he had no idea things were getting quite this hot!

Charlie will drop a few hints about the nature of Quinn and Ridge’s connection. Pam will be caught off guard by the scandalous remarks. The Bold and the Beautiful preview video shows Pam asking, “What exactly are you implying, Charlie?!” He’ll suggest that they could be dealing with a serious betrayal. 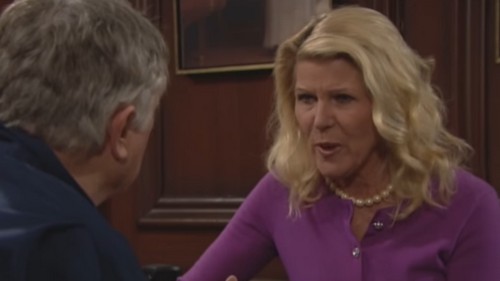 Charlie will go over the whole bathroom incident and explain the aftermath. He’ll indicate that Ridge may not be all that eager to marry Brooke (Katherine Kelly Lang). Of course, Ridge’s attitude has already given that away. He’s been dragging his feet for a while and had issues with a big wedding in Australia.

Charlie will determine that he needs to keep digging. It looks like Quinn will catch on next week. She’ll realize she’s in a bind, but she might be able to plug this potential leak temporarily. In the meantime, Rick (Jacob Young) will comment on Ridge and Quinn’s shifting relationship. 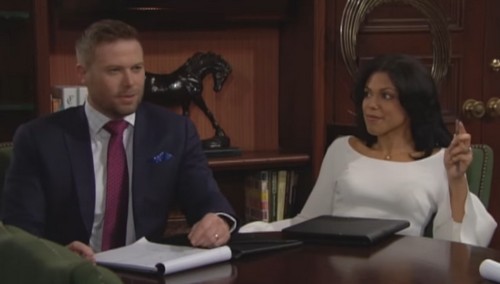 B&B spoilers say Rick will point out that this new understanding has prompted major changes. He’ll think it’s helped everyone dial down the conflict. Rick used to be the king of creating hostile work environments, but he mellowed a little after marrying Maya (Karla Mosley).

However, Rick’s nice streak may not last indefinitely. Once Ridge and Quinn’s secret is exposed, Rick may push for another shot at the Forrester throne. That could spark some strife around the office. Steffy (Jacqueline MacInnes Wood) and Thomas (Pierson Fode) would have a huge problem with Rick taking charge. 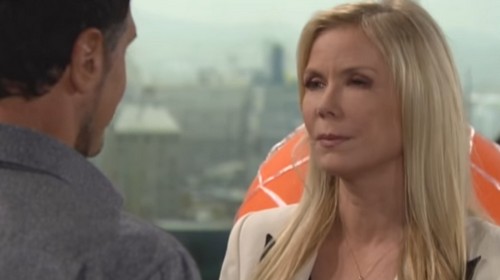 Other Bold and the Beautiful spoilers state that Brooke will give Bill (Don Diamont) a special present for his birthday. She’ll hand over the gift and assure him that she still cares. The sneak peek clip shows Brooke saying, “Ridge is my future, but I will never forget what you and I shared.”

Bill will sigh and insist that Brooke needs to dump Forrester. He’ll beg Brooke for a chance to show her they belong together. We’ll give you updates as more news comes in. Stay tuned to B&B and don’t forget to check CDL often for the latest Bold and the Beautiful spoilers, updates and news. Come and join the conversation on our Bold and Beautiful Facebook Group!