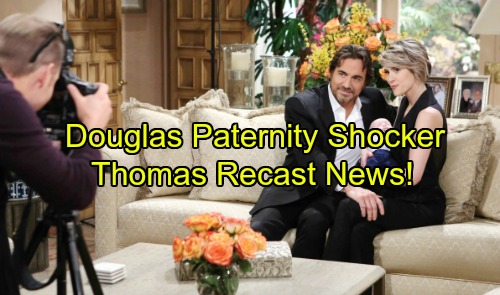 The Bold and the Beautiful (B&B) spoilers tease that the drama surrounding Douglas’ real father is not over yet. Even though Thomas Forrester (formerly Pierson Fodé ) and Caroline Spencer (Linsey Godfrey) are gone for now, don’t expect the paternity chaos to be over just yet.

This was a huge storyline and will likely remain one in the future. Thomas tried to do the right thing and stay with Caroline and Thomas. Especially after he was told the huge fabrication that Douglas’ mother was dying.

It was a plan that Bill Spencer, Jr. (Don Diamont) pushed Caroline into, even though she tried to back out more than a few times. Now, Thomas and Caroline are together with Douglas. 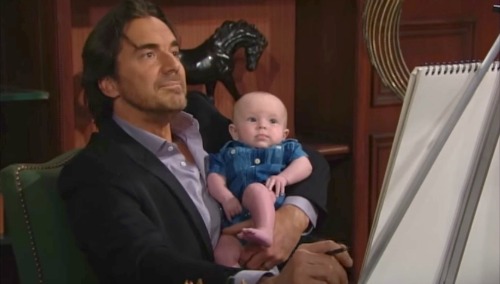 However, The Bold and the Beautiful spoilers reveal that the CBS soap might be recasting Pierson Fodé’s role – a recent casting call for someone named ‘Chase’ with Pierson Fodé’s characteristics was released. In addition to Pierson hinting of this on social media, there is the casting call that sounds like we should see a new Thomas in the near future.

Now, here is the kicker: if Thomas is recast and shows up, that will throw a wrench into Sally Spectra’s (Courtney Hope) fantasizing about Liam Cooper (Scott Clifton.) If Thomas comes back, will he arrive with news that Caroline isn’t dying? That will force Sally to choose between Thomas and her growing affection for Liam.

The Bold and the Beautiful spoilers imply that the paternity storyline is far from over. Even though Thomas believes he is Douglas’ father, there are other possibilities. Hey, nothing is simple in the soap world. 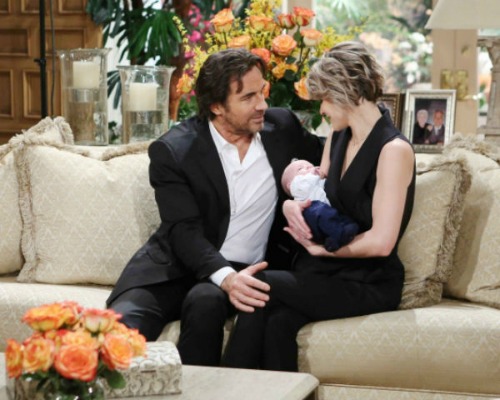 At one point, some fans believed that Ridge Forrester (Thorsten Kaye) could be the father. Yes, despite having a vasectomy… stranger things have happened on soaps. There is going to be a twist and it will affect several characters.

Not only will it affect Caroline, Thomas, Sally and obviously, young Douglas, there are other people involved. Brooke (Katherine Kelly Lang) left “Dollar Bill” and is possibly rekindling her romance with Ridge. If he turns out to be Douglas’ father after all, how will that affect their relationship?

To make this even more chaotic, what if Douglas’ father isn’t Thomas or Ridge? What if there is another man involved? It would require a bit of rewriting history, but soap scribes have done it before and will do it again.

Keep watching the CBS soap and check back often with CDL for the latest Bold and the Beautiful spoilers, updates and news.