The Bold and the Beautiful Spoilers: Week of October 2 – Quinn Set Up With Mr Sexy – Eric Horrified Catching Wyatt and Katie 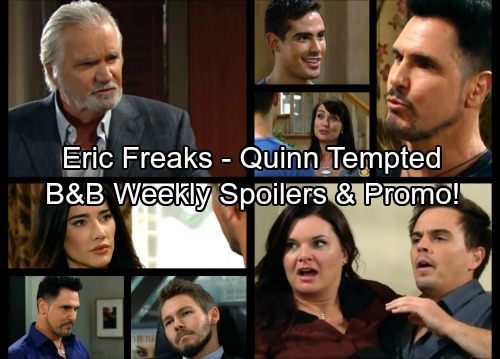 The Bold and the Beautiful (B&B) spoilers for the week of October 2 tease that some shockers are coming up. Sheila (Kimberlin Brown) will stick her nose where it doesn’t belong as usual, so several characters will face curveballs. Viewers won’t want to miss all the sneaky moves and jaw-dropping moments.

First, Sheila will realize Katie (Heather Tom) and Wyatt (Darin Brooks) are a couple. She’ll determine that Eric (John McCook) needs to learn about their relationship ASAP. However, Sheila won’t want Wyatt and Katie to lie their way out of this. She’ll arrange for Eric to catch them in a compromising position to erase all doubt. 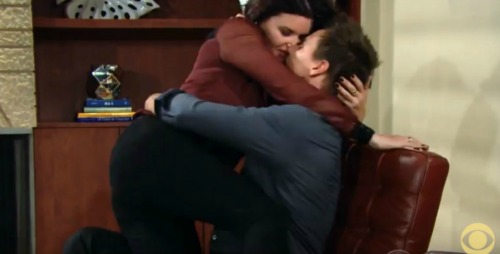 The Bold and the Beautiful spoilers say Katie and Wyatt will enjoy a make-out session. She’ll slip into his lap and kiss him passionately. That’s when Eric will walk in and wonder what in the world they’re doing. He’ll demand to know how long this has been going on.

Wyatt and Katie will be taken aback by Eric’s arrival. They weren’t expecting a visitor or they would’ve been more careful. Since they were canoodling right in front of Eric, they’ll decide there’s no point in denying their romance. Katie and Wyatt will fill Eric in on how they became an item. They’ll hope he’ll agree to keep his mouth shut for now. 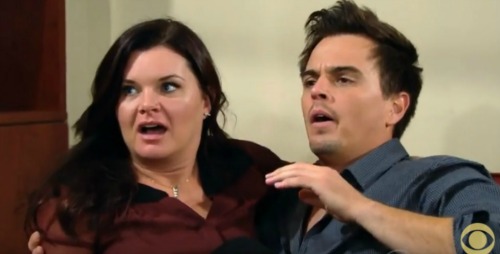 Wyatt will be particularly concerned about how his mother will take the news. He’s not ready to give Quinn (Rena Sofer) updates just yet. B&B spoilers say Wyatt will beg Eric to leave Quinn out of the loop. He won’t want his mom meddling like his always does, but it’s clear that Wyatt is just prolonging the inevitable.

Nevertheless, it seems Eric will go along with the request for now. He’ll also hire a sexy estate manager for the Forrester mansion. When Quinn meets Mateo (Francisco San Martin), she’ll immediately notice his charm and cute smile. It looks like Mateo is single and new in town. 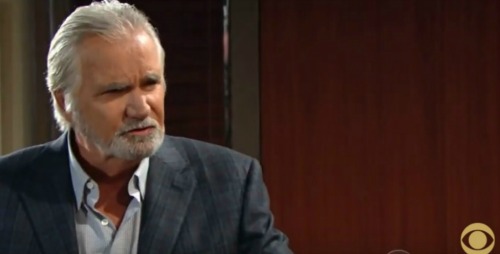 Quinn will contend that Mateo shouldn’t worry about meeting someone. She’ll suggest that some lucky lady is going to find him irresistible. Sheila will believe Quinn can be that lucky lady! She’ll recruit Mateo for her mission to break up Quinn and Eric’s marriage this week.