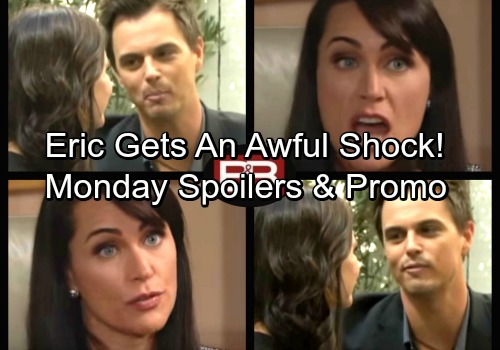 The Bold and the Beautiful (B&B) spoilers for Monday, October 2, tease that Quinn (Rena Sofer) will be determined to fight off Sheila (Kimberlin Brown). She’ll refuse to let guard down when it comes to her rival. Quinn will contend that even if Sheila tries something, she’s not going to get her fangs into Eric (John McCook).

Of course, Sheila can be awfully crafty. She may or may not get what she wants, but she certainly intends to give it her best shot. The Bold and the Beautiful spoilers say Sheila will take a step toward her goal in Monday’s B&B episode. She’ll get a job that’s close to Forrester Creations. 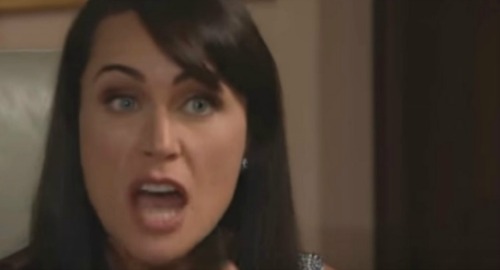 Sheila will apply for a position at Il Giardino and it looks like the manager will agree to give her a chance. She’ll start waiting tables, but a couple of customers will provide a distraction. When Sheila spots Wyatt (Darin Brooks) and Katie (Heather Tom) together, they’ll seem a bit too chummy. Sheila will quickly realize that they must be an item now.

The Bold and the Beautiful spoilers say Sheila will decide to use this info to her advantage. She’ll create a situation that will result in Katie and Wyatt’s exposure. After Sheila sets up a fateful encounter, she’ll sit back and wait for the results of her handiwork. For some reason, Sheila will think Eric should discover this news. She’ll hope that the fallout can somehow aid her mission.

In the meantime, Wyatt and Katie probably won’t suspect that trouble is brewing. They’ll share a meal as they debate all the Spencer drama. Katie will be surprised by Wyatt’s updates. He’ll fill her in on his meeting with Liam (Scott Clifton) and the offer to help run the company. 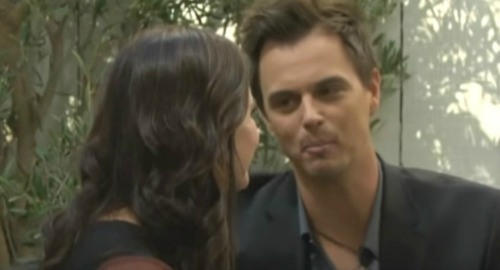 Katie may ask if Wyatt is tempted to join Liam and take a stand against Bill (Don Diamont). However, Wyatt knows better than to provoke his dad. He’d much rather get on Bill’s good side and enjoy his romance with Katie.

It sounds like Mateo could be in over his head soon. We’ll keep you posted as other B&B details emerge. Stay tuned to the CBS soap and don’t forget to check CDL often for the latest Bold and the Beautiful spoilers, updates and news.