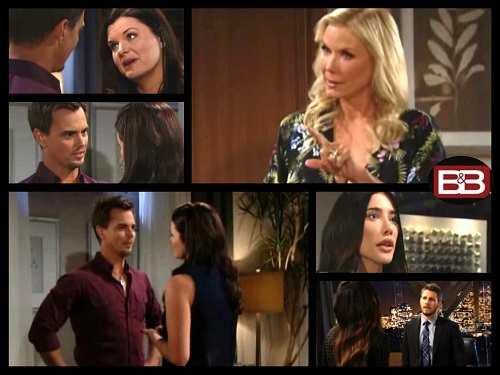 The Bold and the Beautiful (B&B) spoilers for Friday, September 15, tease that Wyatt (Darin Brooks) and Katie (Heather Tom) will try to figure out what’s going on. They can tell that something’s up with Liam (Scott Clifton) and Bill (Don Diamont). With Katie’s help, Wyatt will do his best to solve the mystery.

They’ll start by recapping the clues. Wyatt will think it was strange for Bill to suddenly leave the company and anoint Liam. Katie will point out that Bill was also unwilling to give Wyatt a straight answer. Wyatt will suggest that Liam’s acting weird, too. He’ll wonder what could possibly have happened between those two.

While they mull it over, Brooke (Katherine Kelly Lang) will break down Bill’s walls. She knows there’s something he’s leaving out of this story. Brooke will remind Bill that she’s his wife and he should be able to trust her with the truth. She’ll hope that she can help Bill solve his problem, but she has no idea just how bad it is. 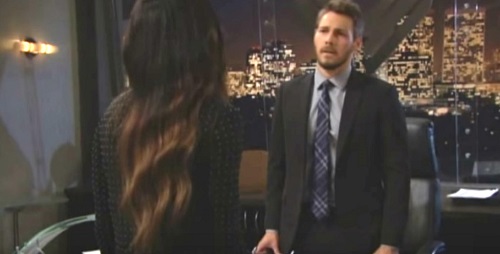 The Bold and the Beautiful spoilers hint that Bill won’t confess everything, but he’ll tell Brooke enough to get her riled. When she realizes Bill set fire to the Spectra building, she’ll be disgusted. Brooke knew Bill was ruthless, but this act goes beyond that. It was downright diabolical!

Bill will insist that no one’s life was in danger, but Brooke might counter that he couldn’t know for sure beforehand. Besides, Bill turned poor Sally’s (Courtney Hope) dreams into ashes. That alone is appalling. Brooke will feel like she can never look at Bill the same way after this. She’ll contend that he really crossed the line.

Other B&B spoilers say Steffy (Jacqueline MacInnes Wood) will try to get through to Liam. She can sense that Bill truly wants to repair his bond with his son. Steffy will reiterate that Bill is willing to meet Liam in the middle. She’ll think there must be some sort of compromise they can make. Steffy will just be looking for any tactic that could resolve this ugly conflict.

To her dismay, Liam won’t budge. The Bold and the Beautiful spoilers state that he just won’t be interested. Liam feels good about the path he’s headed down and he won’t let Bill mess it up. If Brooke turns against Bill, will it renew his fight against Liam? We’ll give you updates as other B&B news comes in. Stay tuned to the CBS soap and don’t forget to check CDL often for the latest Bold and the Beautiful spoilers, updates and news.