The Bold and the Beautiful Spoilers: Friday, September 22 – Bill Fights for His Marriage – Steffy Threatens Sally 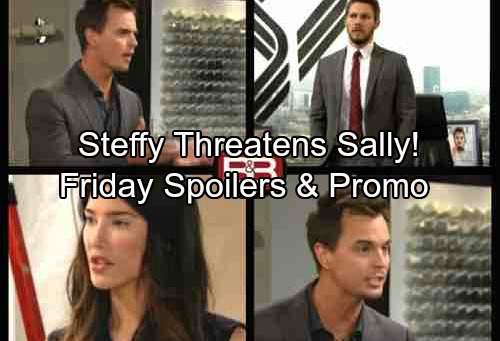 The Bold and the Beautiful (B&B) spoilers for Friday, September 22, tease that Wyatt (Darin Brooks) will be ready for another confrontation. He’s been trying to figure out what went down between Liam (Scott Clifton) and Bill (Don Diamont), but every answer brings more questions. The latest info on Sally’s (Courtney Hope) building will definitely leave Wyatt perplexed.

Wyatt will mention the connection he uncovered as he seeks the truth from Liam. B&B spoilers say Liam will think that’s his business. He’s CEO now, so he’s calling the shots. Of course, Wyatt will argue that he deserves to know what’s going on. He’s a valuable asset at Spencer as well as Liam’s brother. Wyatt won’t believe Liam should be keeping major secrets that affect the company. 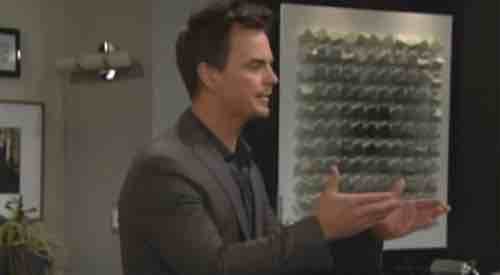 When Liam remains tight-lipped, Wyatt will grow increasingly agitated. He’ll start shouting about Liam’s $50 million gift to Sally. Wyatt will point out that this is the same woman who’s tormented Liam’s wife from day one. He’ll wonder how Steffy (Jacqueline MacInnes Wood) feels about this lavish present.

The Bold and the Beautiful viewers know that Steffy certainly isn’t pleased. She just doesn’t think Sally can be trusted. It’s tough to forgive and forget after someone steals an entire collection from you. Steffy will insist that Sally needs to play by the rules now. She’ll warn that her rival had better not take advantage of Liam’s kind, generous heart. If Sally causes any more trouble, she’ll face Steffy’s wrath. 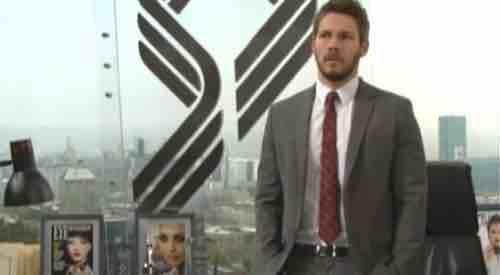 Meanwhile, Bill (Don Diamont) will finally track down Brooke (Katherine Kelly Lang). Now that she’s had some time to cool off, Bill will hope she’ll agree to hear him out. He’ll want a chance to explain how much he needs Brooke in his life. Bill will plead for another shot at a future together. He’ll promise that he can turn from his wicked ways.

The Bold and the Beautiful spoilers say Brooke may not be sure she should take Bill back. She’ll obviously have to give this some serious thought. Do you think Bill deserves forgiveness or should Brooke dump him for good? We’ll give you updates as other B&B news comes in. Stay tuned to the CBS soap and don’t forget to check CDL often for the latest Bold and the Beautiful spoilers, updates and news.