The Bold and the Beautiful (B&B) spoilers tease that Thorne Forrester is headed back to the CBS soap, but he’ll look a little different this time around. Winsor Harmon last portrayed this legacy character, but he hasn’t been around much in recent years. He’s been with the show on a recurring basis, but he announced on Twitter that B&B had chosen to recast the part.

TV Insider just revealed the man who’s stepping up to take his place and it’ll be a familiar name to many soap fans. Ingo Rademacher, who’s best known as Jax over on General Hospital, is taking over as the new Throne. It’s sad to see Harmon stripped of a role he loved, but Rademacher should be an excellent successor. He’s a talented actor who should be a great fit on the Bold and the Beautiful. 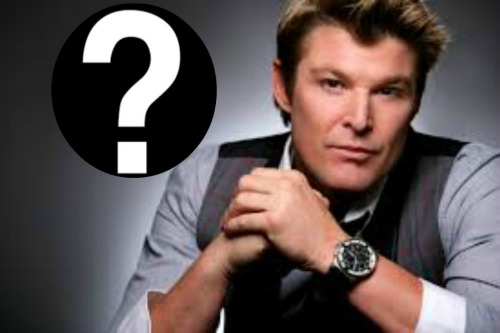 Of course, there’s been a lot of backlash over the recast decision. In TV Insider’s interview, Rademacher acknowledged the difficult situation. “I’ve never stepped into a role that was previously played by someone else,” Rademacher said. “I hope the fans aren’t too upset about this.”

Rademacher added that he’s been researching the character and hopes to bring something unique to the table. As for Jax on General Hospital, it looks like GH viewers won’t be seeing any popups in the near future. If the ABC soap wants Jax back, they’ll have to recast.

Fortunately, The Bold and the Beautiful spoilers hint that Rademacher has some awesome material coming up. It should be fun to see Thorne’s new storylines in the coming months. You can expect Rademacher’s Thorne to first show up in mid-to-late November.

What do you think about B&B’s latest casting decision? Are you bummed Winsor Harmon wasn’t asked back? Do you think Ingo Rademacher will be a fitting replacement? We’ll give you updates as other news comes in. Stay tuned to the CBS soap and don’t forget to check CDL often for the latest Bold and the Beautiful spoilers, updates and news.