BY Heather Hughes on October 25, 2017 | Comments: one comment
Related : Soap Opera, Spoiler, Television, The Bold and the Beautiful 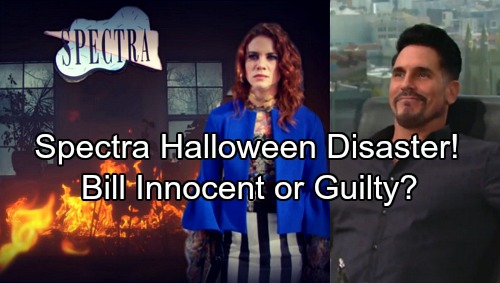 The Bold and the Beautiful (B&B) spoilers tease that more Spectra trouble is on the way. As Halloween draws near, Sally (Courtney Hope) will prepare for a big bash. Shirley (Patrika Darbo) may urge Sally to flirt with Liam (Scott Clifton) on this special occasion. She’ll be convinced that Sally can win Liam over if she plays her cards right.

Sally probably won’t even have to do much. Thanks to a looming threat, Liam will be pulled even closer to the spirited Spectra. The Bold and the Beautiful spoilers state that the Spectra building will once again be in jeopardy. On Halloween night, a cloud of destruction will hang over Sally’s business. 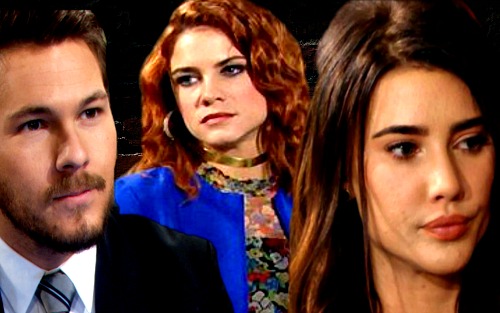 Will Bill (Don Diamont) be up to his old tricks? Was his push for peace an elaborate ruse to finish what he started? That’s certainly a possibility to consider. However, perhaps we need to widen the suspect pool. B&B may plan on pointing the finger at Bill when someone else is actually to blame.

Steffy (Jacqueline MacInnes Wood) is getting awfully fed up with Liam’s devotion to Sally. It appears these rivals may have another showdown soon, so Steffy will probably get even angrier. Could she come up with a sabotage plan? 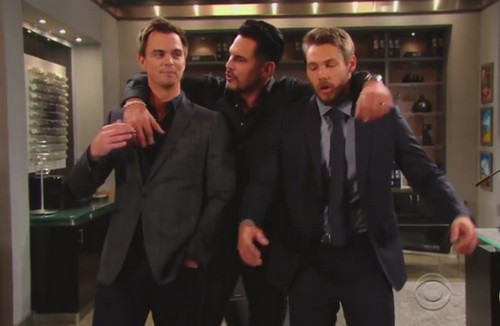 If Steffy does anything that poses a threat to Spectra Fashions, she’ll just end up driving Liam straight into Sally’s arms. Steffy might understand that and stay out of this. Still, she could be under suspicion later. It’d be another source of conflict in Liam and Steffy’s marriage.

Of course, Shirley could also stage a threat so Liam would be forced to play the hero. Even if things went south, Shirley might assume that loaded Liam would just rebuild for them again. Whatever the case, there’s a good chance the Spectra building will be spared. There’s no need for The Bold and the Beautiful to do a repeat of what we’ve already seen.

Maybe Liam will come through when it counts. Will the rescue ranger save the day once more? Will Bill be behind this mess or could be wrongfully accused? We’ll give you updates as other B&B news comes in. Stay tuned to the CBS soap and don’t forget to check CDL often for the latest Bold and the Beautiful spoilers, updates and news.