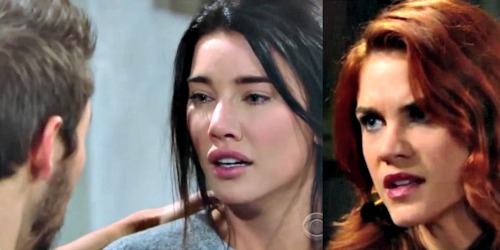 The Bold and the Beautiful spoilers tease that Sally (Courtney Hope) subconsciously sees that an opening still exists. Despite what Liam (Scott Clifton) told her about his supposedly sound marriage to Steffy (Jacqueline MacInnes Wood), he’s wrong. Mrs. Liam Spencer’s love is tainted and will result in the horrible betrayal she enable to exist being exposed. At that point Sally will become Liam’s number one romantic option.

Liam wasn’t sure why Sally stopped by his house, or how she knew he’d be home. Miss Spectra phoned Spencer Publications and learned that her love interest wasn’t working in the office on that day. 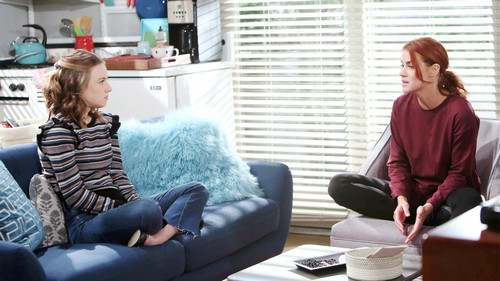 Sally later gushed to her sister Coco (Courtney Grosbeck) about the beauty of Liam’s plush life in his ocean-side abode. Yes, Sally’s envy of that lifestyle was readily apparent. Liam represents a ticket to a world she hasn’t lived in, yet.

Steffy’s feelings about Sally are well-known. Liam blocked out his wife’s Sally stance while he was making a fool of himself serving as the Spectra Fashion heir’s self-appointed lawyer this year. His destructive pursuits led to a war with Bill (Don Diamont) and nearly, his own and Sally’s death. 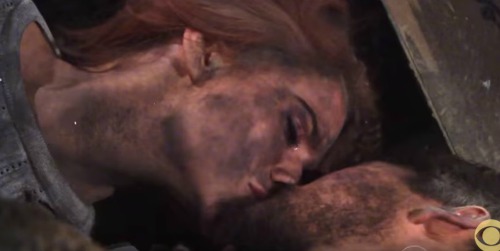 Liam realized after the fact that he’d behaved recklessly in his defense of the perceived ‘little guy’, on in this instance ‘little gal’. Even after his own father and wife risked their lives to rescue him, Liam’s attitude was still being influenced by Sally’s so-called circumstance.

Everything seemingly changed on the day Liam told Steffy about kissing Sally. What he and Steffy’s nemesis did was spurned by the circumstances they needlessly put themselves into. Liam’s unneeded and inadvisable admission compelled Steffy and Bill to bond (wink).

While Steffy has remained silent about what happened, it doesn’t seem that she’ll be able to keep that secret buried forever. She wouldn’t necessarily have to be the one who spills the Bill beans. There are various other ways that knowledge of Dollar Still’s activity could become available to Liam. Alternatively, Sally could find out first and then inform Liam. 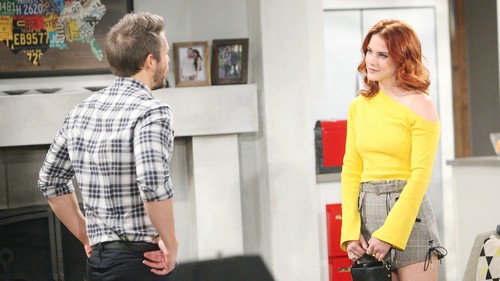 For however long it takes, Sally will remain in Liam’s path for one clear reason. She wants him.

Meanwhile, Liam loves an idealized version of his wife. His feelings will radically shift the instant he learns what Steffy and his father did. Liam is likely to act out in response, based on his emotionally-driven history.

B&B fans surely believe that Liam will then seek one source of solace, Sally. CDL is a leading source for everything linked to The Bold and the Beautiful. Check back regularly for B&B spoilers and news!