The Bold and the Beautiful Spoilers: Next 2 Weeks – Quinn Accidentally Reveals Steffy and Bill’s Cheating To Liam

BY Heather Hughes on December 3, 2017 | Comments: one comment
Related : Soap Opera, Spoiler, Television, The Bold and the Beautiful 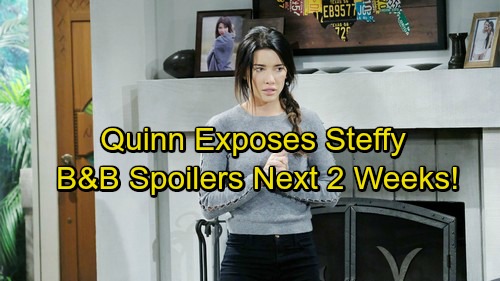 The Bold and the Beautiful (B&B) spoilers for the next two weeks tease that some major family shifts are brewing. The week of December 4-8 will bring outrage for Ridge (Thorsten Kaye). When Thorne (Ingo Rademacher) shows off some of his designs, Eric (John McCook) and Brooke (Katherine Kelly Lang) will be blown away.

Ridge, on the other hand, will only feel jealousy and resentment. He’ll wish that Thorne would take his drawings and leave town, but that’s not happening. Thorne is here to stay! He’ll make it clear that Ridge has met his match. B&B spoilers say Thorne will promise to watch out for Brooke and anyone else he cares about. He’ll insist that Ridge isn’t going to push people around anymore. 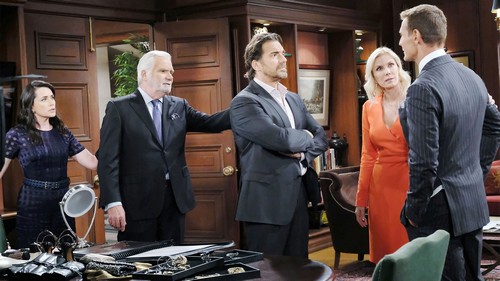 Quinn (Rena Sofer) and Ivy (Ashleigh Brewer) will be taken aback by the brother battle. They’ll spend some time comparing Ridge to Thorne this week. Ivy and Quinn won’t know how this war’s going to end, but they’ll be certain that it’ll come with plenty of drama.

Other Bold and the Beautiful spoilers state that Liam (Scott Clifton) will add to Steffy’s (Jacqueline MacInnes Wood) guilt. After she has a total meltdown, Liam will assume it’s all because of him. He’ll apologize profusely, but he’ll only succeed in making Steffy feel worse. Steffy’s definitely going to have a hard time keeping her secret under wraps. 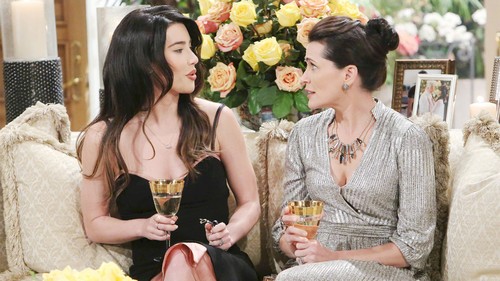 Things could get even tougher during the week of December 11-15. The Bold and the Beautiful spoilers say Quinn will let something slip. It’ll seem small, but it could have huge consequences. Quinn will mention that Steffy stayed at the Forrester guesthouse one night. She’ll probably note that she was worried about Liam and Steffy’s marriage.

However, Steffy assured Quinn it was just a fight and they got past it. Quinn might tell Liam that she’s glad everything worked out. Liam might not think anything of it at first, but this fact could come back into play later. If Liam finds out Bill (Don Diamont) also spent the night there, you can bet there’ll be trouble. 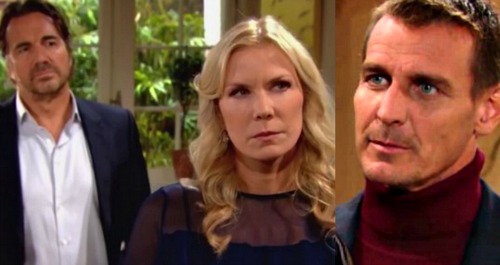 &B will want to drag this out a little longer. They love to milk secrets for all they’re worth on the CBS soap. Meanwhile, The Bold and the Beautiful spoilers say Brooke will get caught in the middle of a huge argument. She’ll try to settle Ridge and Thorne’s bickering, but the situation will quickly get out of hand. Get ready for a Forrester brawl!